Time sure flies here at the main Topps Archives Research Center.  I last posted about an esoteric Topps test issue involving a generic baseball product dubbed Pocket Size Baseball Game way back in 2011 and basically never looked back.  It's a practically unknown issue in the hobby; not too many people are aware of them.  I first picked up on the possibility of this set from an old hobby publication article that ran through a long list of Topps test packs.  I assumed, incorrectly at the time, that the pack held previously overstocked 1970 and/or 1971 Topps Baseball Scratch Off games but when I won a handful of unopened packs many years later they were clearly a different beast: 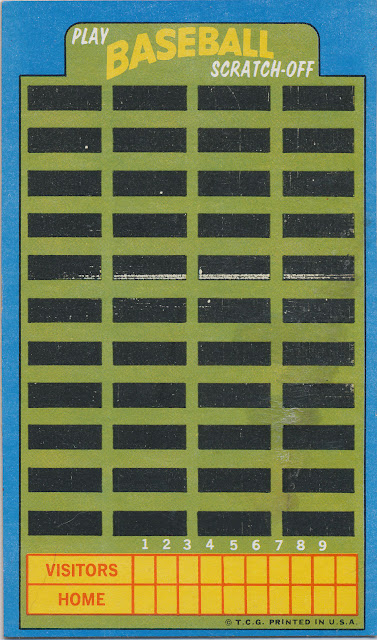 The set title comes from the test wrapper: 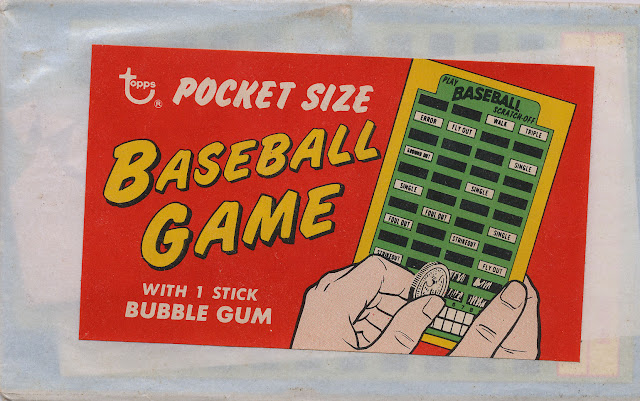 These strange cards seemingly belong in the 1970-72 time frame, for reasons you can explore in my old post from 2011. 1972 seems like as good a guess as any though for year of issue, based upon the "Baseball" typeface found on the reverse.  I've shown that previously in both red/yellow and blue/yellow varieties but Friend o'the Archive Roy Carlson has, quite remarkably, unearthed two new colors out of a small cache of cards he recently acquired.  Here is green/blue: 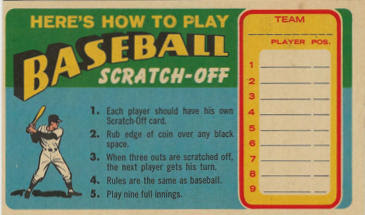 And here is yellow/blue, which makes four distinct reverses overall: 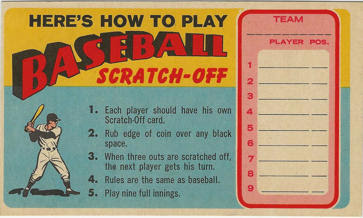 Note how the team roster block changes color as well.  These were cheap ways to create variety and the look is quite appealing.

Now Roy took it upon himself to scratch off one of his cards, which to my surprise, worked out quite well. The 11 x 4 array matches those of the 1970 and '71 inserts and it turns out the revealed typeface did as well.  Here's the results, showing next to a scratched 1970 insert: 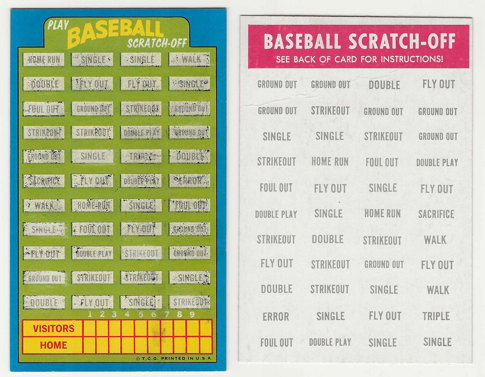 It's still a bit of a chicken-and-egg routine in terms of which came first but I think the larger size used for the test issue is a clue and indicates it came after the inserts were issued in 1970 and '71. But that is still just a guess. We'll need a miracle to get a correct date on these I'm afraid.