Well, I tried my darndest this year but I don't have any new things to show that relate to Christmas from our good friends at Topps.  Early efforts made by the company to sell Christmas themed items around 1950-53 seem to have gone poorly and much of what I am aware of otherwise consists of things like corporate greeting cards. So instead I've turned to good old Bazooka Joe and a bit of an anomaly involving everybody's favorite mascot. 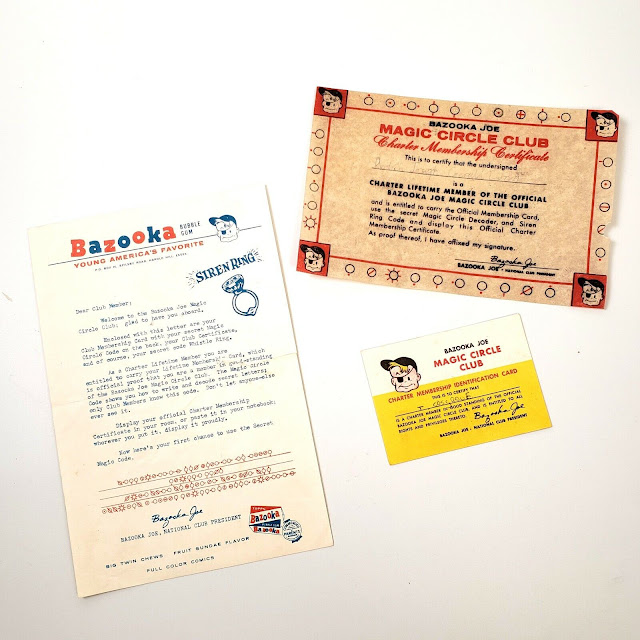 The anomaly may be easier to spot when the introductory letter is blown up: 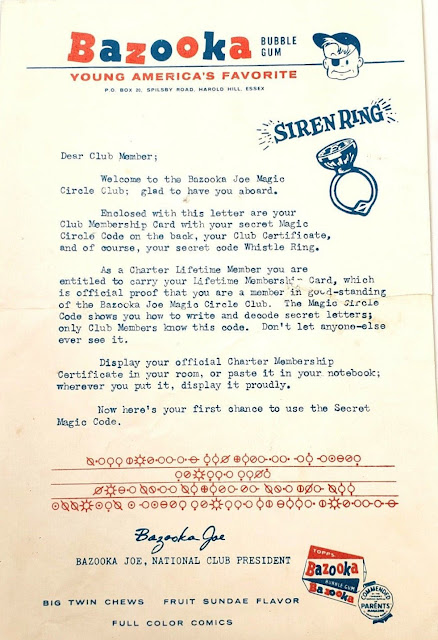 Yes, "Young America's Favorite" Bubble Gum was being used with the A&BC plant address in Essex, England!  Topps had previously done this "YAM" thing with Bazooka in Canada too, as part of their packaging and promotions in that country.  You would think it should say "Young England's Favorite", right?
Based upon the mailing address on the letterhead, I make this out to be be circa 1970-71 or so, when Topps was trying to kill off A&BC after zombie-fying the venerable UK company they had done business with for years. It could be a little later even as A&BC lost this plant to a fire around 1972 or 1973. Topps took the company over by 1975, calling Bazooka the "World's No. 1" but also switched to a different Essex address, so it can't really be later than that.
The "whistle" or siren ring is missing from this lot, but it looked like this: 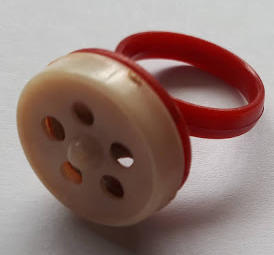 The membership card looks like it had the cipher for the secret code used in the letter: 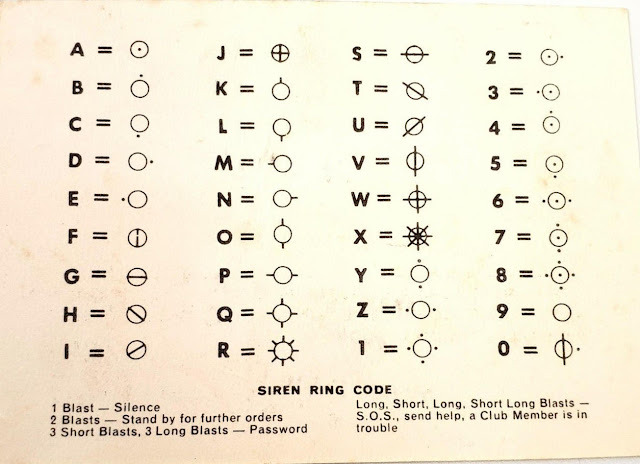 I took the liberty of translating it, although it's a real Ralphie Parker moment in actual fact (hey, I got a Christmas reference in after all!):
TELL FRIENDS YOU JOINED MY MAGIC
CIRCLE CLUB
URGE THEM TO JOIN IN THE FUN TOO
ATTRACT A MAGIC CIRCLE OF GOOD FRIENDS
Oh, fudge!
I think there was a pin in this kit as well, despite it not being mentioned in the letter: 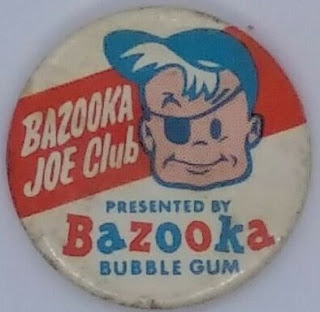 So, that's a bit of shambolic marketing by Topps I'd say! No surprise, they often did things like this. 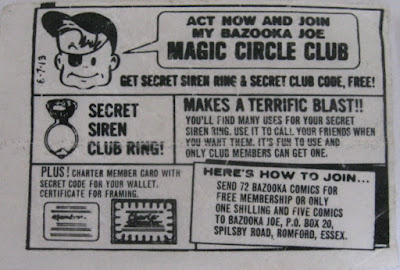 It's not that unusual to promote American products in other countries by touting how popular they are in America. For example, when I'm in Singapore the Yankee Candle stores have signs saying that they're America's number one candle.