There is a nice auction up at Legendary right now that features some late 40's and early 50's Topps corporate materials in one lot.  One of these lots, has an ad sheet for Santa Pops and it helps date the issue as a 1951 release.

Here is the sheet in question: 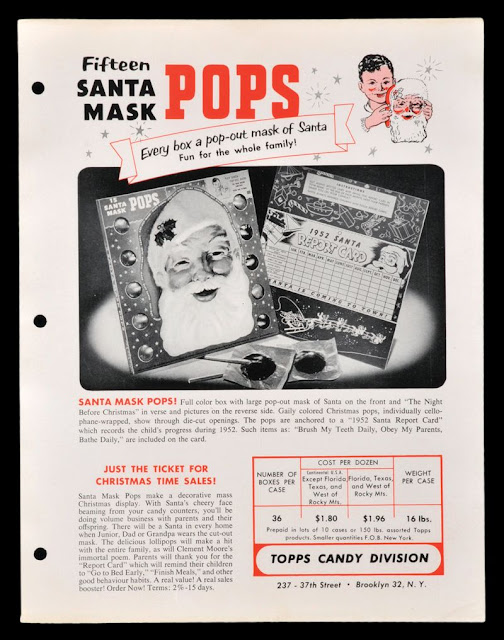 The back of the box has a "report card" for 1952 so kids (or their parents most likely) could keep track of their good deeds and hygiene habits to plan for Santa's visit in the next year.  This dates Santa Pops to 1951 then. There is also an ad sheet for the closely related Rudolph Pops but dating that is trickier.  I would say that release was from 1950 but it could just as easily have been sold in 1949. Here, you can see for yourself: 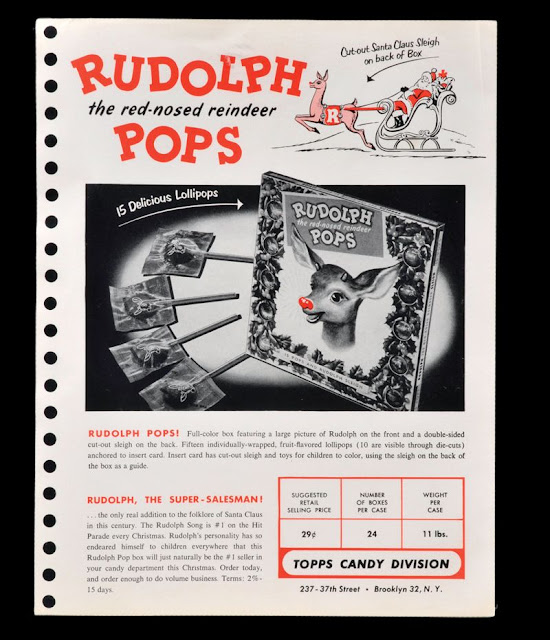 Note too that the case size for Rudolph Pops was smaller than the one for Santa Pops, which also points to it being an earlier issue, although that is not necessarily rock solid imperial evidence. With a lack of actual boxes to inspect, such little clues help with dating.
Posted by toppcat at 6:37 PM