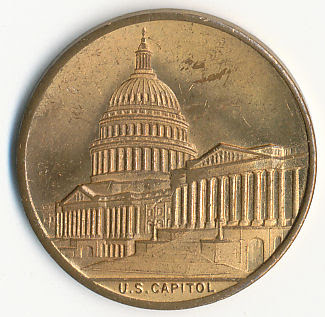 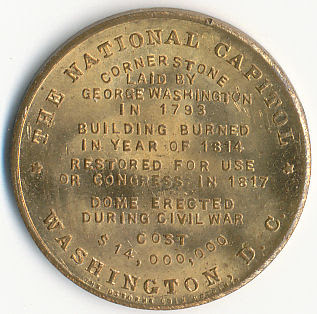 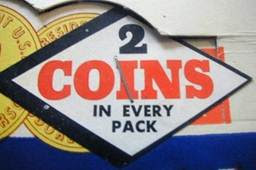 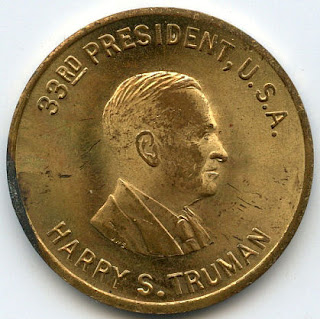 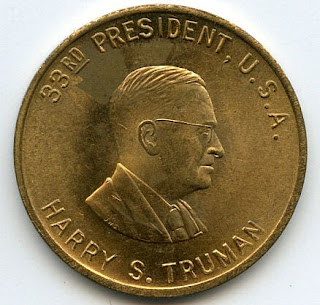 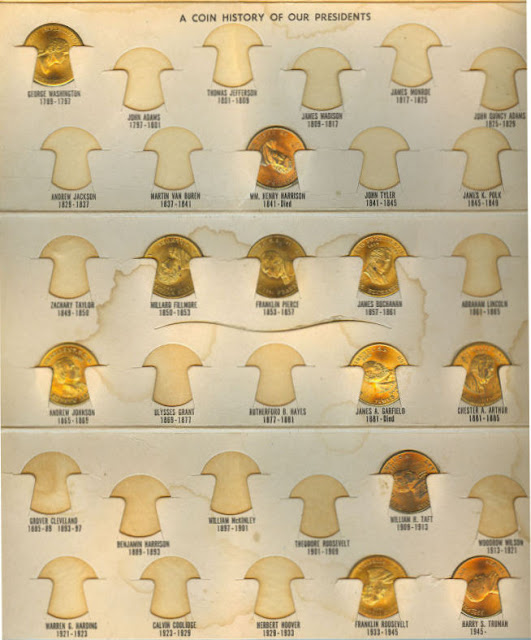 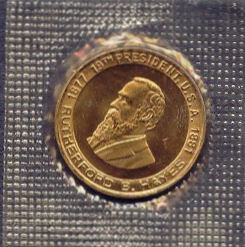 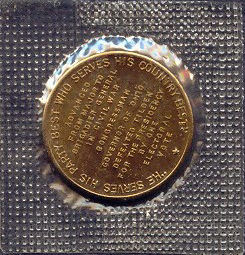 Was the word on the back of the coin supposed to be "of" or "for"??

I had the Meet the Presidents game (mid-1960s version), but I think I tossed it a few years ago when we moved.

It never occurred to me to keep the coins (although I think they were cheap aluminum /white metal coins).

I have a U.S. Capital coin with the same images on the front and back except for two differences:
(1) on the front of mine the words "U.S. CAPITOL" are at the top of the coin instead of under the steps of the Capital Building.
(2) The typo "or" is corrected to "of". Do you suppose this was a reissue like the Harry Truman with glasses?

Hey Anonymous-I would very much like to see scans of your US Capitol coin! I have to think it belongs with the four-eyed Truman, perhaps we can get some clues from yours.

I also have the same coin as anonymous, it appears to be an old copper coin

If you have a scan, that would be great

I have one. Does this coin have value?