Put on your mittens lads, it's up to the semi-frozen north today!

I was lazily scrolling through eBay the other day, a pastime I regularly engage in and stumbled across a wondrous offering from BMW Sportscards, namely a full box of 1960 Baseball Tattoos, in O-Pee-Chee livery.  Yup, 240 penny packs of the first Topps supplemental baseball issue just lying there for 55 years.  Look at this: 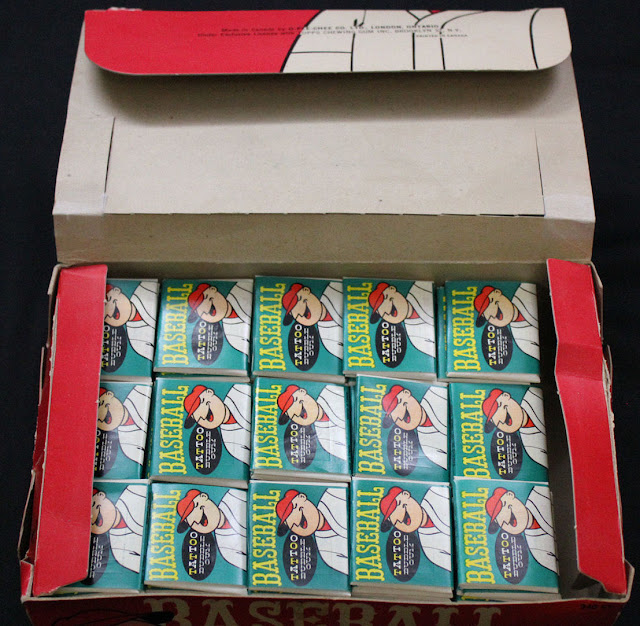 Pretty cool, huh?  The blurry box flap indicia tells the story, namely that this was an issue licensed from Topps and printed in Canada: 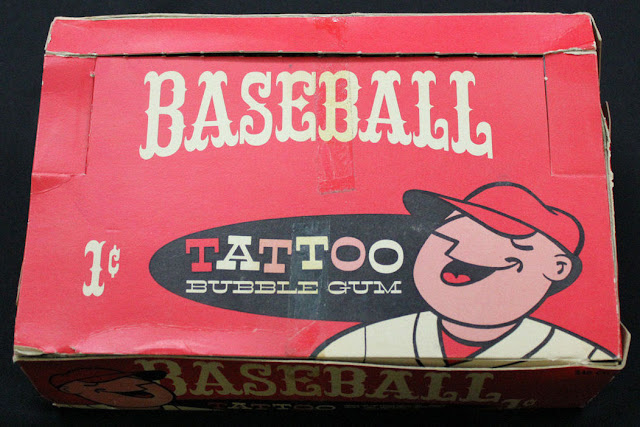 The front panel has more of the great UPA inspired ballplayer, albeit a mere mirror image of the box top and wrapper: 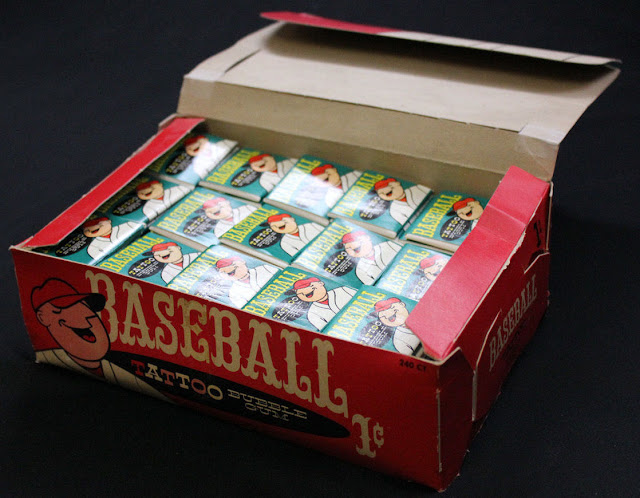 The back has the ubiquitous ad for Bazooka: 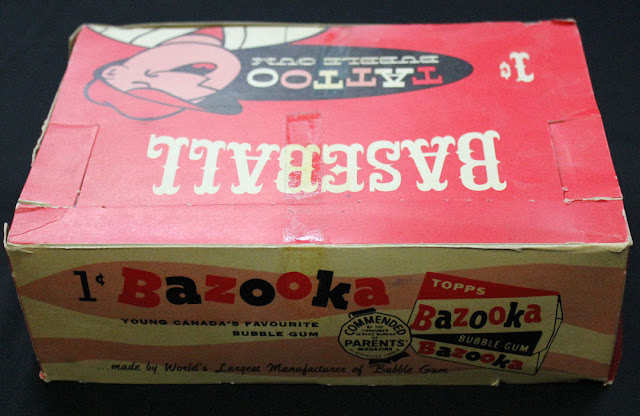 Now, taking a look at all of this, I am thinking about how the closely related 1960 Football Tattoo was issued in Canada.  The football set is very, very hard to find so it's a bit difficult to suss out.  As I noted in a post some time back on the Baseball Tattoos, that set has indicia on the wrappers that detail distinct US and Canadian releases. You can clearly see the US and Canadian versions have different "made in" and "printed in" information.  Here is the US wrapper: 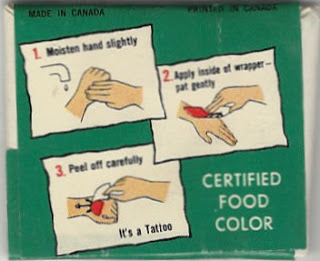 The football set indicates it was made in the USA and Canadian versions were made and distributed under license with Topps.  I believe that means that there is only one wrapper design and not two like with the baseball set.  You can clearly see that on the full football wrapper:

Friend o'the Archive (and provider of that Football Tattoo scan) Mike Blaisdell and I have discussed this a couple of times and he believes there is only the one version. I am convinced that if I had paid a little more attention last time out, I would have come to this correct conclusion earlier.