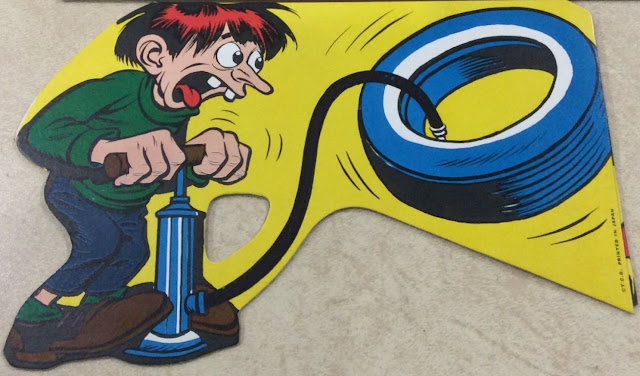 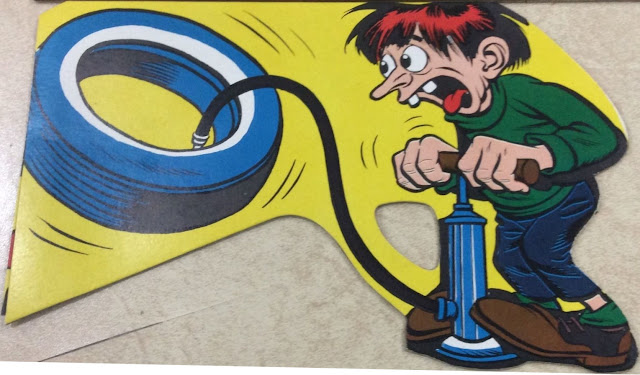 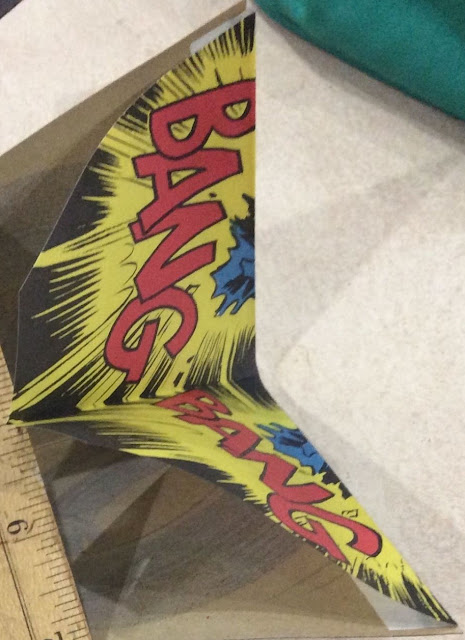 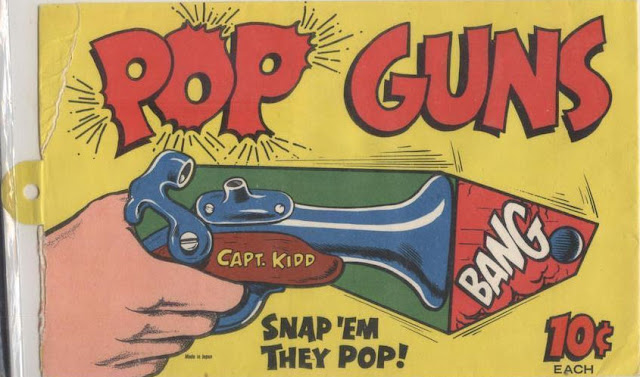 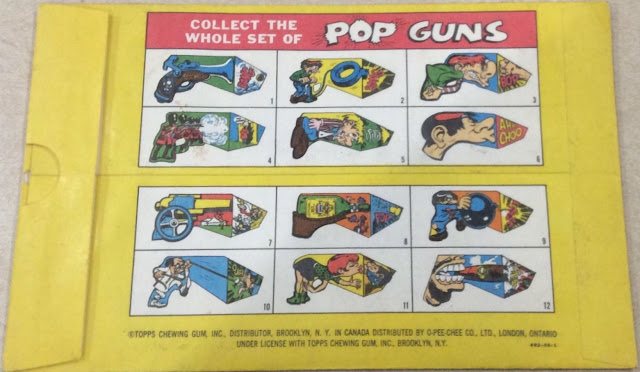 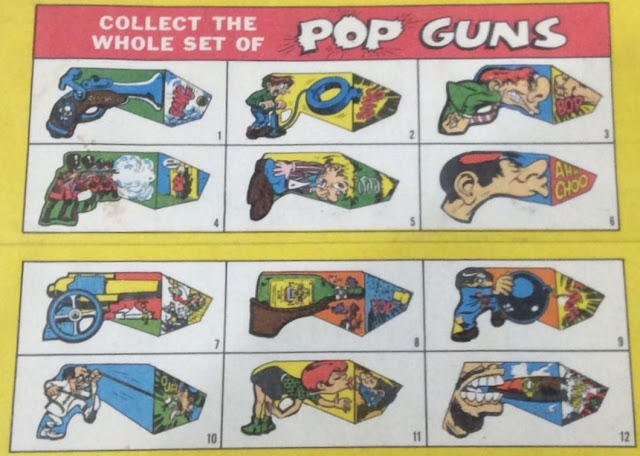 I can't make out the pithy comment being made by the guy being executed though, I'm sure it was quite droll.  The artwork in general is quite similar to that of Flying Things, the hand of Wally Wood is pretty obvious, he likely did the initial artwork which was then supplemented along the way in typical Topps fashion.  Iterations of six or twelve subjects are common with these type sets from the era.
Posted by toppcat at 8:00 AM