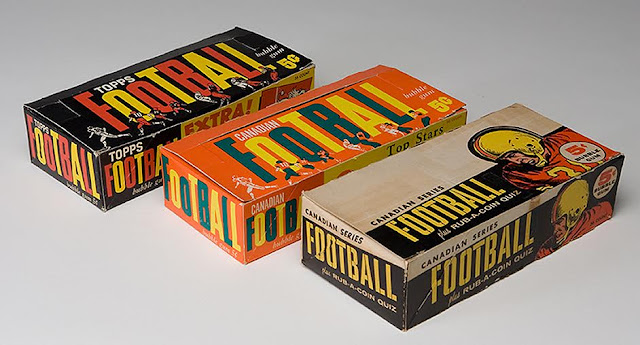 I've been impressed in composing Canadian-centric posts over they years, with how much effort Topps put into their marketing north of the lower 48.  They pretty much got right into Canada after World War 2 ended and likely had a presence before the war as well (I can't find much on their pre-war Canadian operations). Canada had roughly ten to twelve percent of the population of the US in the post war era but Topps continually stuck with a trading card strategy centered around their Hockey issues and a host of non-sports sets before they really let loose with O-Pee-Chee in 1965 on Baseball. They had established a beachhead for Topps Gum and later Bazooka on the confectionery side even prior to this. My take is that as a percentage of population Canadians bought more cards than kids in the US.
Posted by toppcat at 8:00 AM