I finally got around to securing a solid scan from the Huggins & Scott site of the 1968 Topps 3D Prototype card of Brooks Robinson, thanks to an intervention from friend o'the archive Neal Kane.  The card sold for $27,500 without factoring in the buyer's premium and frankly I think it went a bit low, a sentiment echoed by a lot of other folks.  Still, almost $30K for a baseball card is pretty impressive!  Here is a real clear view of Brooksie: 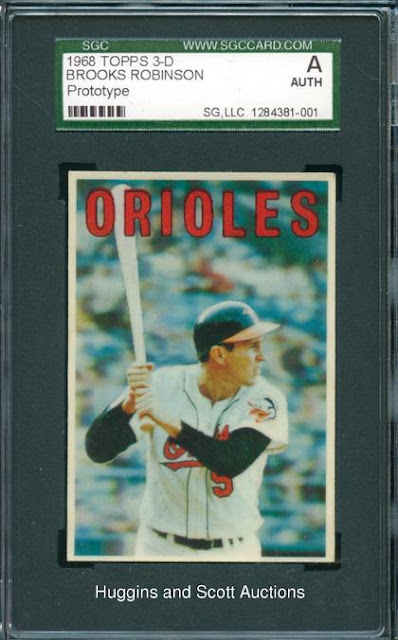 The scans help clear up a little mystery I was poking around last time I posted on this card. It appeared the back was so sheer that it was either skinned or very transparent.  However, after seeing the catalog pictures and examining the back scan, it appears the harsh lighting at the National really allowed the card to seem like less than it was: 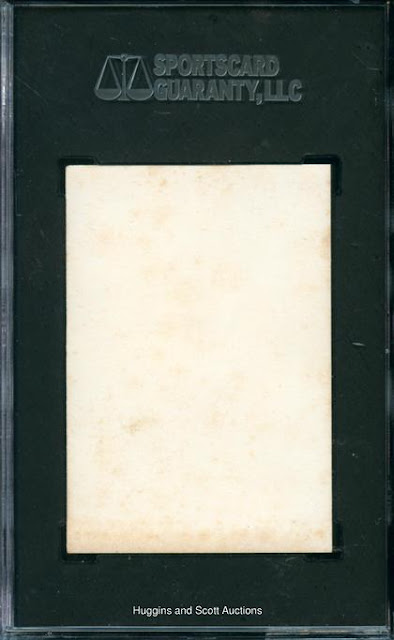 There is some foxing, especially along the bottom but the back looks pretty white.  I also took a closer look at the example shown in the Standard Catalog, as detailed here, and I think it is uncracked, meaning there are at least three examples out there.

In case you missed it, Jon over at the always excellent Fleer Sticker blog found the original source photo, which is as common as the prototype is rare.  Click on through to see.
Posted by toppcat at 6:53 PM