I've Got A Golden Ticket

Actually, I don't have a golden ticket, but somebody sure does now.  A full box of 1956 (really 1957 I'd say) O-Pee-Chee (OPC) Golden Coin was recently "hammered" on eBay for $1,282, US. I've previously discussed the oddity of Topps marketing this set in Canada and this wondrous artifact does nothing to really address specifics, but it's pretty sweet to look at.

The box has some slight wear but for something that's eligible for Social Security, it's looking good:

You can clearly see the OPC tagline on the box flap:

Inside, everything is bright and shiny: 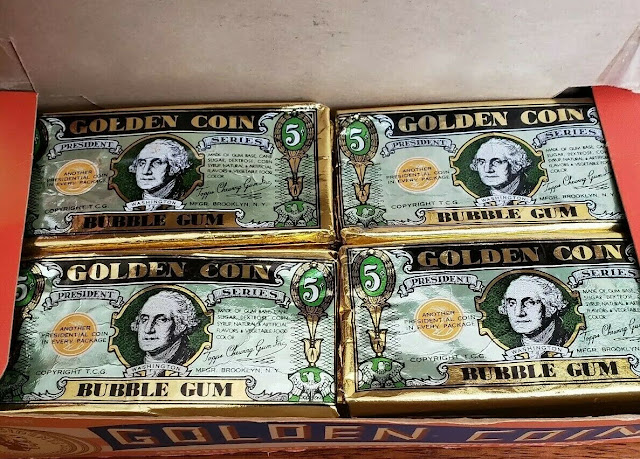 The contents of a pack like this have been examined by me previously (I actually opened one!) so all matches up. Compare this with the indicia on the 1949 wrapper: 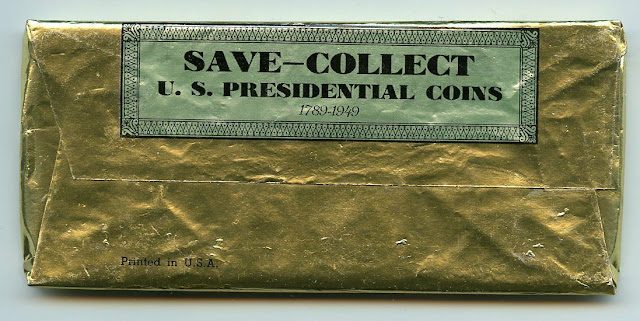 The bottom of the "1956" box shows that while the packs and gum were manufactured in Canada, Topps sent the displays north:

The bottom graphics compare favorably with another set, 1956's US Presidents,  althoughtha particular issue is all US of A: 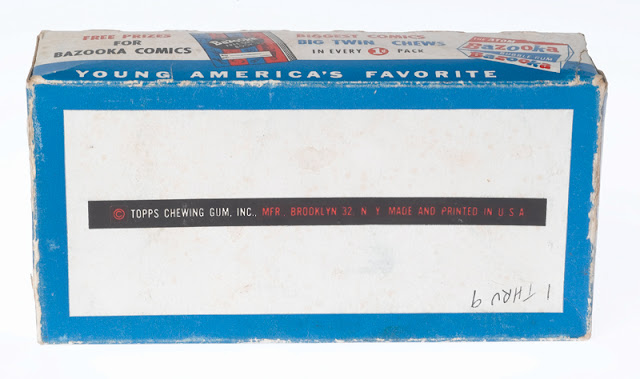 I can't see that US Presidents were ever issued by OPC, which leads me to a theory.  I've often wondered why there is no reference to a 1952 (actually it would be 1953 to include Dwight  Eisenhower) Golden Coin set in any guide or article I've run across. My prior thoughts (see the links above or labels off to the right of this post) that there was one still stands and I suspect the "1956" OPC issue was merely a way for Topps to dump excess inventory.  We'll probably never know but I think that's what happened.