Well the near impossible has happened and a recently concluded Mile High Auction has given us the three cards missing from the Topps Dice Game Visual Checklist: Dick Groat, Norm Siebern and Bill White. Groat, in fact, has given us confirmation that the set was not from 1961 but rather that it dates to 1963, albeit based upon 1962 statistics. 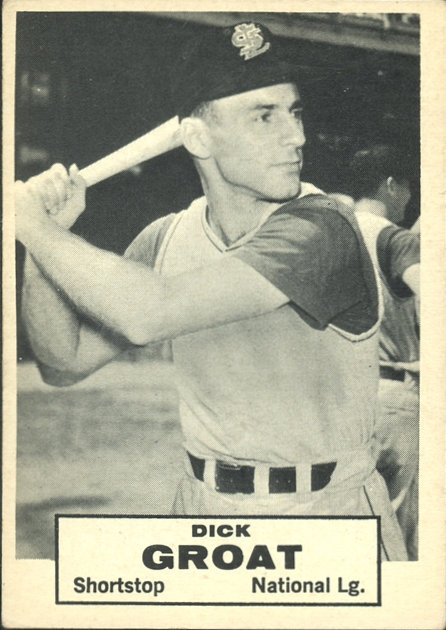 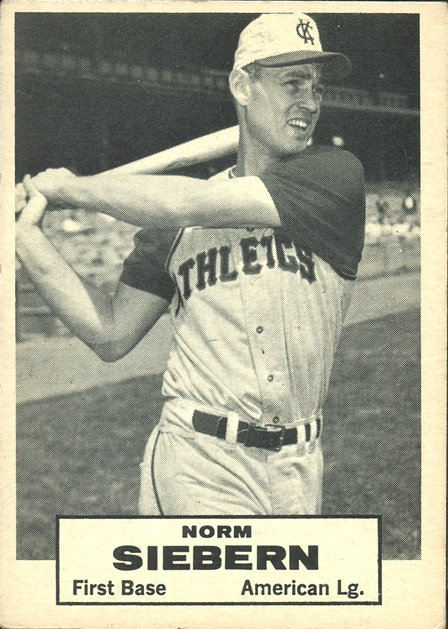 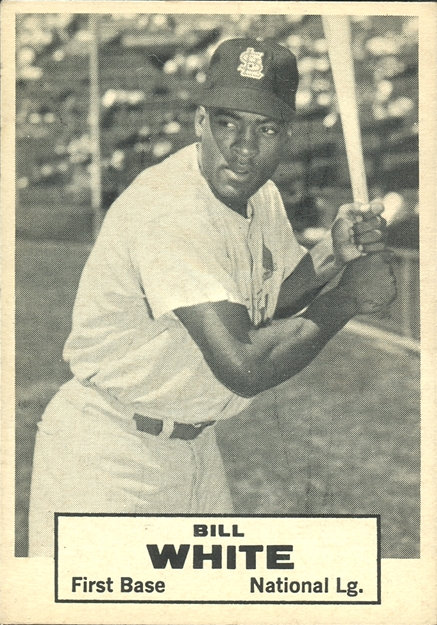 If you compare Groat's Cardinals duds to Bill White's, you can see Topps airbrushed a St. Louis logo on his cap and eradicated any mention of the Pirates on his uniform top (which is clearly the vest style favored by the Buccos at the time). Groat was dealt to the Cards on November 19, 1962 and Topps often used to work on their test and in house sets around New Year's.  The player selection still screams 1962 due the the 16 All Stars and two near misses depicted but the Groat airbrushing clearly indicates 1963 as the intended date of "issue".

Mile High had some thought too on the writing seen on the backs of some Dice Game cards, namely that they depicted tweaks made by Topps R&D  after having the game played with by kids (there's the lab setting I mentioned last time). It's possible I guess, but probably not what occurred. 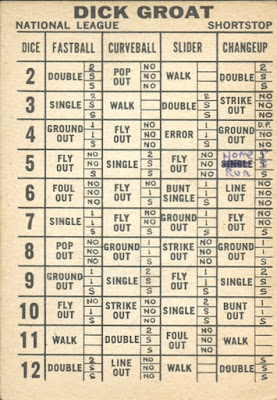 Groat was not a guy with a lot of home run power (39 lifetime regular season dingers) but maybe you would want one to be a possible outcome.  I dunno......

Another interesting thing-the two subjects that I had only as oblique shots (Davenport and Mazeroski) were the the other two cards offered by Mile High.  These five also have darker toning than many I've seen and also have all of the cards known with writing on the reverse. No staple holes are defacing these either - they have been together in the world for quite some time. That will probably change now.

Love this design! Never seen this set before. Off to COMC to see if there are any affordable singles from this set.