What Year Is it?

We'll be tuning the WABAC machine to the time of polyester and mutton chops today kids but I'm not sure of the exact coordinates!

Two closely linked sets that were seemingly tested by Topps in 1973 are today's quarry. I speak of Baseball Comic Bubble Gum and Baseball Pin-Ups, two sets that I can't believe have never addressed here. And hold on to the word "seemingly" for now.

The Comics are quite nice and were actually the underside of this wrapper: 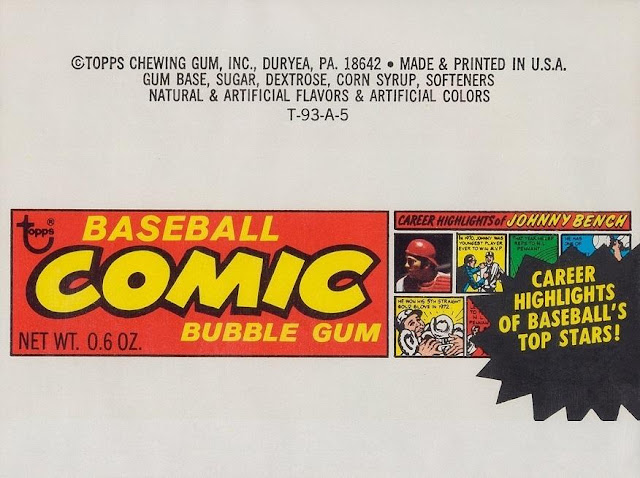 I think they look really sharp: 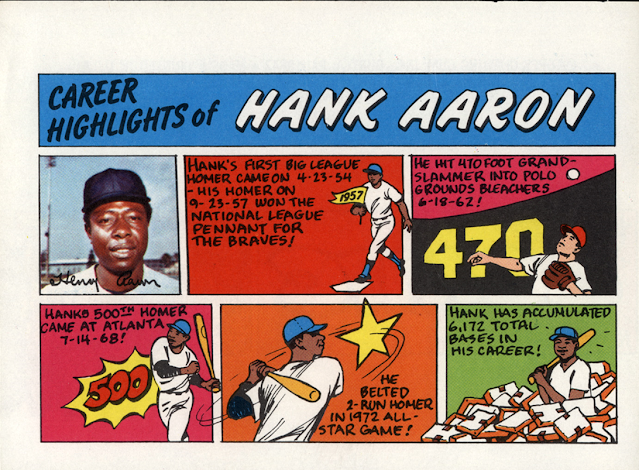 These measure 4 5/8" x 3 7/16" as do the Pin-Ups.  If you've never seen one in person I would say the Comics are a little bigger than you would expect and the Pin-Ups similarly smaller. They were essentially wrapping a big stick of gum as envisioned:

The airbrushed cap and references to Atlanta instead of the Braves were intended to be that way as I believe Topps was trying to see if they could circumvent Major League Baseball Promotions Corporation licensing fees by eliminating team logos.  Epic fail, although they did this with Football and Basketball products for years.
Here's Henry in decidedly more 70's style duds than he wore for the comic: 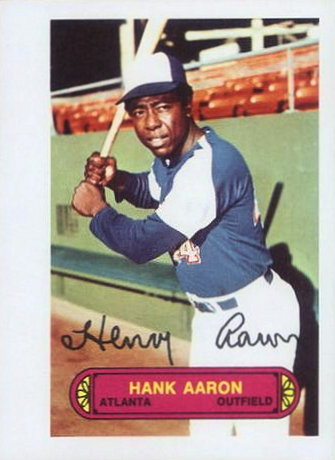 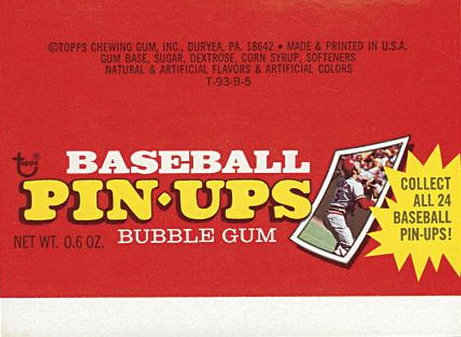 Did you notice the "T" codes?  T-93-A-5 for the Comics and T-93-B-5 for the Pin-Ups. This is the only Topps test issue where two products shared a product code (the "93").  Now here's the thing-  Friend o'the Archive Lonnie Cummins has been researching these T codes for some time and found some weirdness when it comes to these two sets.
Topps started using T codes for test issues in 1973, with the first such dubbing was used for Emergency/Adam-12. They run consecutively and by 1980 were into the 120's.  It's therefore possible to track the date of issue with some precision but the problem is the 93 code puts them squarely in.....1977!
The two sets were clearly designed for 1973 release though.  We can tell thanks to Mike Epstein, who was a Texas Ranger the first part of the 1973 campaign, having been traded there by Oakland after the 1972 season ended. Ironically he had been a Senator through the beginning of 1971 when he got sent to the A's (fun fact, he won a ring but was 0 for 16 in the '72 World Series) but more importantly to this discussion, was only a Ranger until May 20, 1973 when he was traded to the Angels. He's the only potential multi-team player in the whole set and him being on the Texas squad fits perfectly with a one player per team scheme. Check it out: 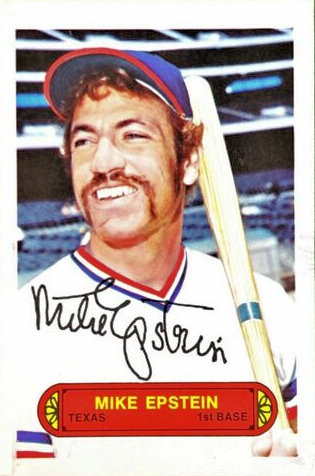 So what happened?  Well, there's a couple of theories, one mine and one Lonnie's.  Mine postulates it's possible Topps transposed 39 for 93 and intriguingly Lonnie has yet to find the 39 code. However, the tests included many straight confectionery items as well, so tracking is difficult and certainly even more so with non-novelty products.  Lonnie though, thinks they could have been tested twice.  Once in 1973, having been green-lighted in 1972 and planned for release just before Emergency/Adam-12. The remaining supply was then, he posits, lost in the March 30, 1975 Card Collectors Company fire.  He then surmises they were actually reissued in 1977. His research shows the copyright and ingredients lists all match 1973's and not 1977's. Of course, 1977 was an expansion year so why would Topps issue 24 subjects and not 26? Some guys were out of MLB by then as well and many had changed teams. So there's no 100% rock solid evidence either way.

PSA pops are interesting for these two sets.  There are 160 Comics in their report, with a low of 5 and a high of 11 (Willie Davis) examples being recorded.  There are over twice as many Pin-Ups graded though at 348, ranging from 10-19 examples (Aaron has the most).  Those are definitely test issue levels for the era.

Well, I don't really know if we'll ever figure it out but can say I track the first appearance of all Topps test issues in The Trader Speaks and cannot find any references to either set through the end of the magazine's run in the 1980's, which is just strange. There's not even agreement in the hobby as to whether they were actually issued or not but the consensus leans toward no but with a nod to them being packaged and oh-so-close. These two sets really are a mystery in many ways.

What's not a mystery is the checklist, which is the same for both sets.  I count 14 Hall of Famers! I've used the full team names, electing to thumb my nose at the (now defunct) MLBPC: