Friend o'the Archive Lonnie Cummins has been going to town on researching obscure Topps sets, packaging, printing anomalies and any number of things that I like to do as well but often don't have enough time to pull off.  He's recently undertaken the cataloging of a set that never was, which we are both now calling Dangerous Animals.  This name acually dervies from a recent auction description seemingly devoid of any factual evidence that this was the name of what would have been a killer 1950's Topps set but I think you'll agree it fits.

Lonnie has created a visual checklist of all 64 known images from what was almost certainly intended to be the second series of Bring 'Em Back Alive. Fate, however, intervened and an extremely benign set called Anmals Of The World served instead as the high series to what was one of the best sets Topps ever produced.

Dangerous Animals art first appeared in the 1989 Topps Auction catalog, mis-identified as Animals Of The World artwork.  That sloppy description slowly and steadily irked me and I've previously voiced my complaints in this regard. The set though, was seemingly close to completion as this original art piece shows.  Note Woody Gelman's red crayon 27 in the circle at lower left and a remnant of a penciled "28" above: 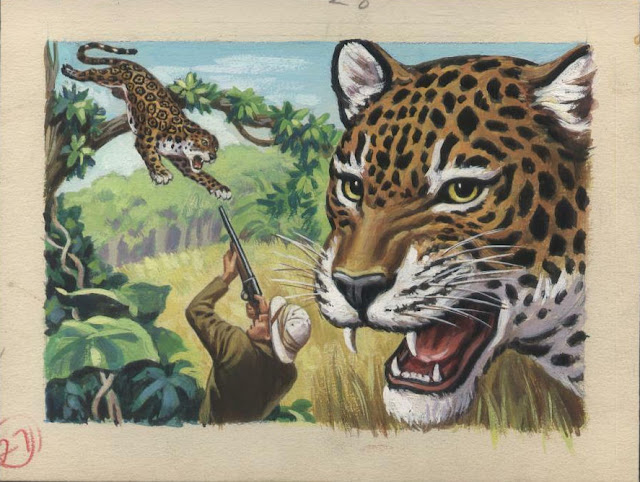 There were pencil notations on some other pieces as well indicating numbering.

That seems to be a Buck lookalike shooting this aggressive creature but who knows?  Topps may have waited too long and their license from Frank Buck's estate expired, or they just got cold feet and went with Animals of the World instead.

Lonnie thinks the Dangerous Animals set would have topped out at 100 subjects.  Here's the 64 he's found to date for your enjoyment, with sourcing: 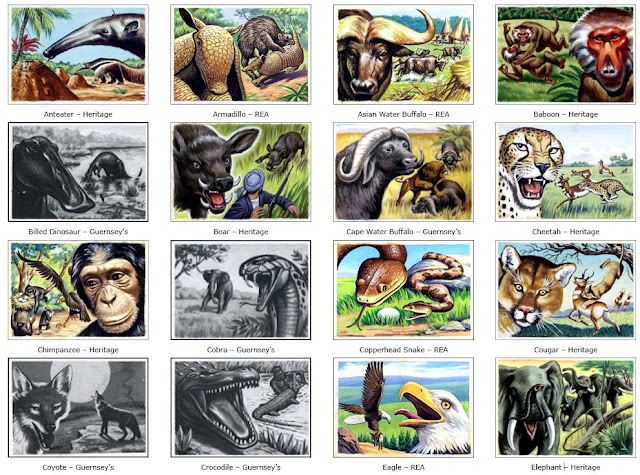 I'm not sure Frank Buck would have found any living Glyptodons or Mosasaurs in the wild! 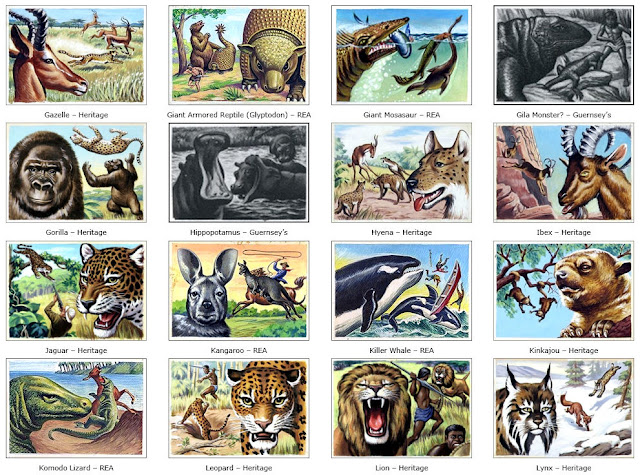 Narwhals are the bomb: 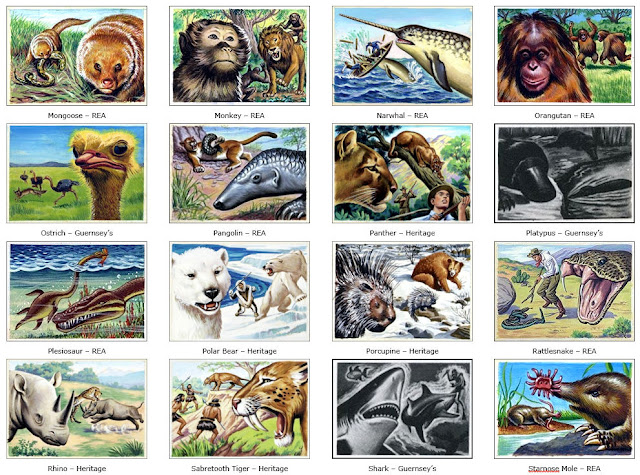 Dinosaurs and Mammoths, oh my! 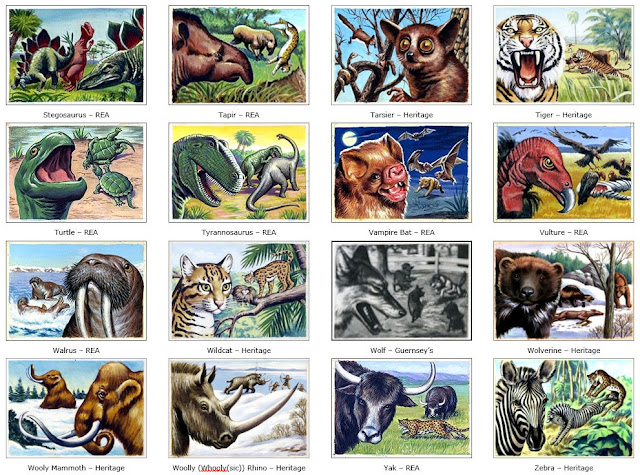 Hopefully more of these turn up someday along with more of the story!
Posted by toppcat at 8:00 AM