With a three day weekend upon us, and for no other reason than good ol' laziness, I figured a nice, easy hodgepodge post was in order as I tend to my grill and related activities. UPDATE-it's pouring out!

1950's Hopalong Cassidy was the second licensed character release from Topps and it did boffo business in the wake of William Boyd's televison repackaging of his old Hoppy movies.  The first eight episodes (subsets to you, pardner) also had an associated foil insert "title card" for each. As you can imagine, these shiny, fragile extras are super collectible and realtively scarce. None have ever graded higher than a PSA 6.  I can't find the two-card panel data but this example, in a PSA 5 slab, would be considered high end:

I like how Topps darkened the star to AND underlined the episode title:

Much like the diecut tank cards in the same era's Freedom's War set, these foil cards were printed separately and pushed into the packs.  Two-foil panels were inserted in the elongated nickel wax (actually glassine) packs of the time, so sized to allow for the two card panels, and possibly the ten cent Trading Card Guild packs that didn't have any gum included. Foil panels are rare quite rare and the singles (from penny apcks or separated) aren't too easy to find either.

Speaking of the Trading Card Guild, some of the 1957 cello packs issued by Topps had associated "TCG" graphics. At least one (second series) pack has been graded as by PSA, almost certainly the one I detailed here almost a decade ago. As always, there could be more in slabs but whether or not PSA identified the wrapper as being branded or not is an open question.  Well, here's a second series cello pack without the graphics, just to bring things full circle: 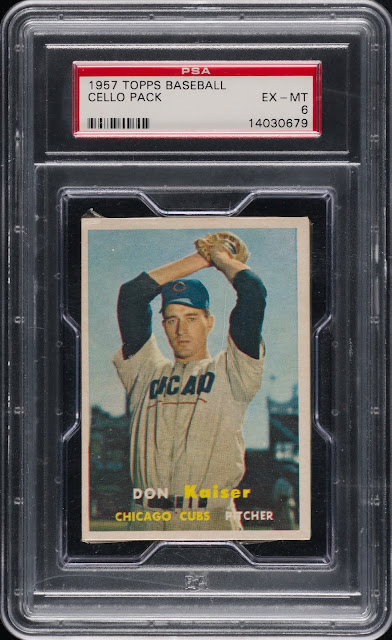 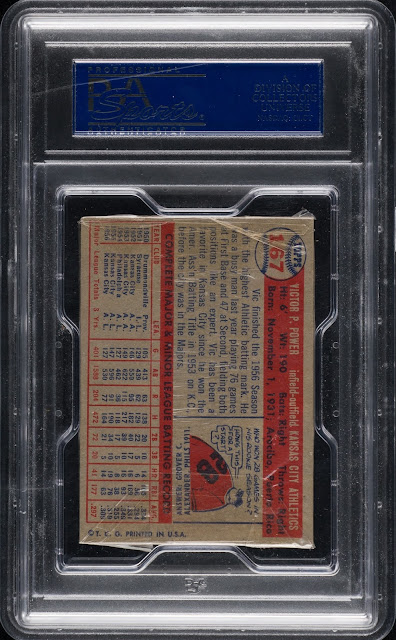 Finally, a rejection by Bazooka Joe (LOL) of a premium fulfillment request gives us some insight into how things were run in the (very much) pre-digtial age.  I'm not sure the comic goes with the envelope actually, it seems to have merely been included in a larger eBay lot. 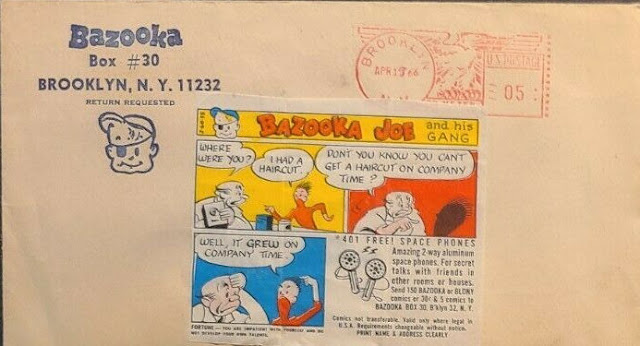 The Magic Circle Club "comic", as above, may not be what came along with this letter: 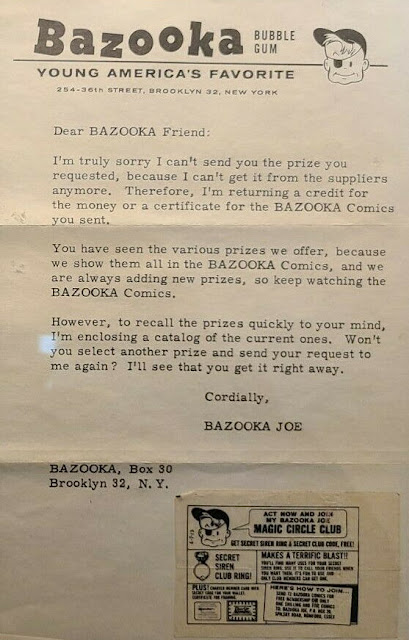 This certificate for 250 comcis though, seems to have been the subject of the letter.  The mimeograph lines indicate it was cut from a larger sheet, so this type of premium hiccup would have been common enough to warrant a pile or two of hand-completed certificates being kept at the ready, I'm sure: 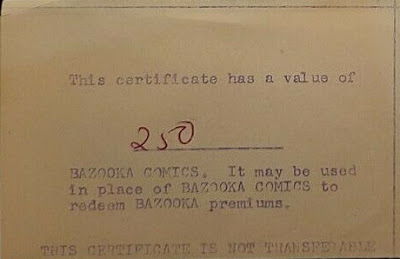 I think this is the proper catalog for the mailing though (1966): 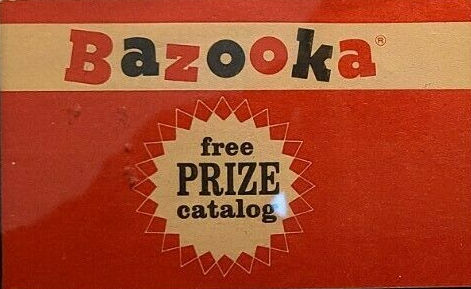 I never actually sent in any comics to Bazooka Joe back in the day, I always ended up tossing them.  Oh, the irony!
Posted by toppcat at 8:00 AM