One of the things I can't get a firm grip on is when Ben Solomon, longtime Topps Art Director, and Woody Gelman, their longtime Creative Director, joined the company. Both men had worked together since the late 1930's, when Ben was an animator at Fleischer Studios and Woody an aspiring assistant.  After their stint at Fleischer's, where Ben made his mark directing Popeye shorts, the immediate postwar years found them in an art agency named, prosaically enough, Solomon & Gelman. 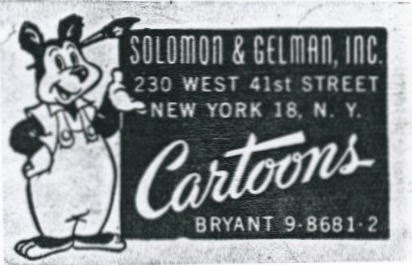 
Here they did high quality work in the decade before photography took over the advertising world and their work on a campaign for Popsicles got the attention of Topps President Joseph Shorin around 1950-51.  After doing some work for Topps, Shorin allegedly told the two that unless they came to work for him, he would give all his work to another agency.

I think Woody came into the fold first; he worked with Sy Berger (at Sy's apartment) in late 1951 on the iconic 1952 Topps set, which was critical to the firm's future and I have seen references he was working in their offices by 1953.  Ben however, is harder to trace and may not have been full time at Topps until the early 1960's.  It's also possible Solomon & Gelman was brought in house and allowed to retain some autonomy so long as their work did not interfere with their jobs at Topps.

The firm may have been active as late as 1965 but one thing is certain, the produced a series of fifteen cent soft covers for "young adults" called Triple Nickel Books in 1955, a line that was active for three or four years. It would appear their timing was excellent as the first two Triple Nickels featured Davy Crockett.  Here is the cover of the second one: 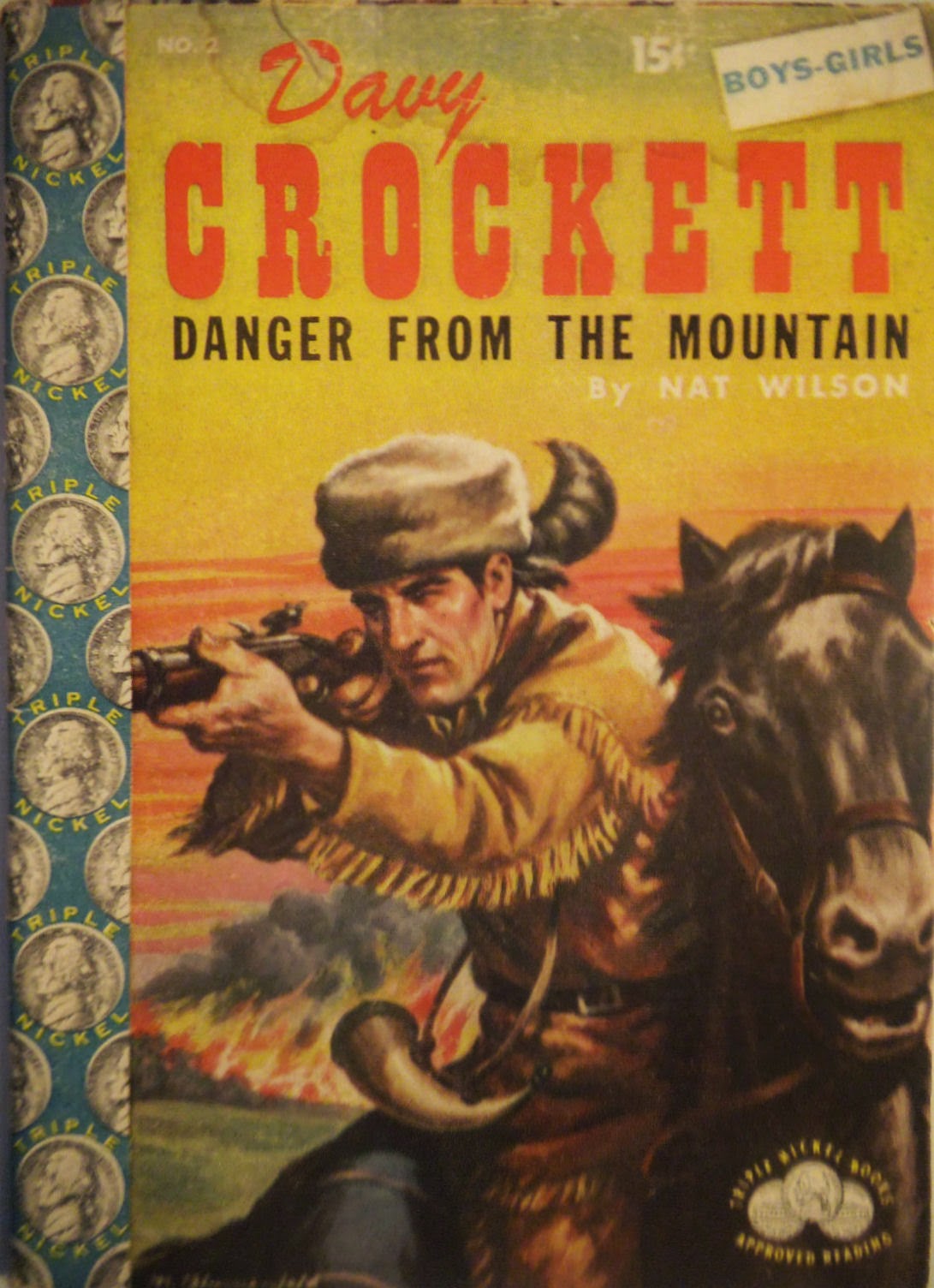 That approved reading logo is a bit frightening and likely was due to the imposition of the Comics Code Authority in 1954-55; many publishers would have to adapt due to the changes occurring in what could be sold to America's youth following a series of Congressional hearings.  The CCC gave us Mad Magazine but in reality was just a bunch of hooey that disrupted many livelihoods.

Here is what it looked like inside, typical 50's sub-teen fare really: 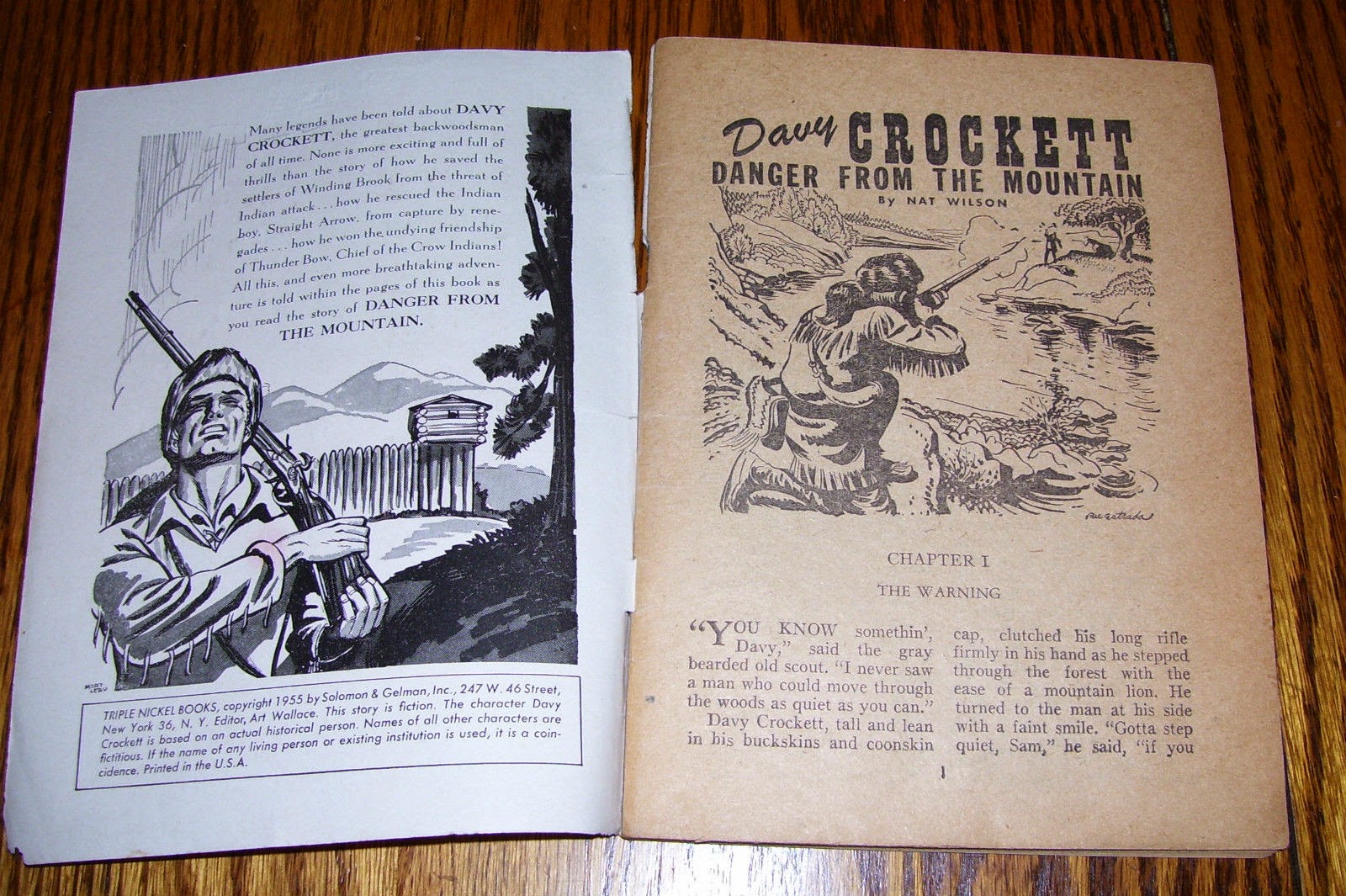 The inside front cover is where we get the publishing details, which I will blow up for easy reading:

We also get a bonus as the the artist's name is shown below the Davy Crockett illo: Mort Leav. I am thinking, looking at that b&w Davy Crockett illustration and comparing it to the cover painting, which it looks like he did as well, that Leav or someone else at S&G, did some work for Topps in the 1950's.  Look at this Round-Up card compared to the next Triple Nickel Book cover of Wild Bill Hickok: 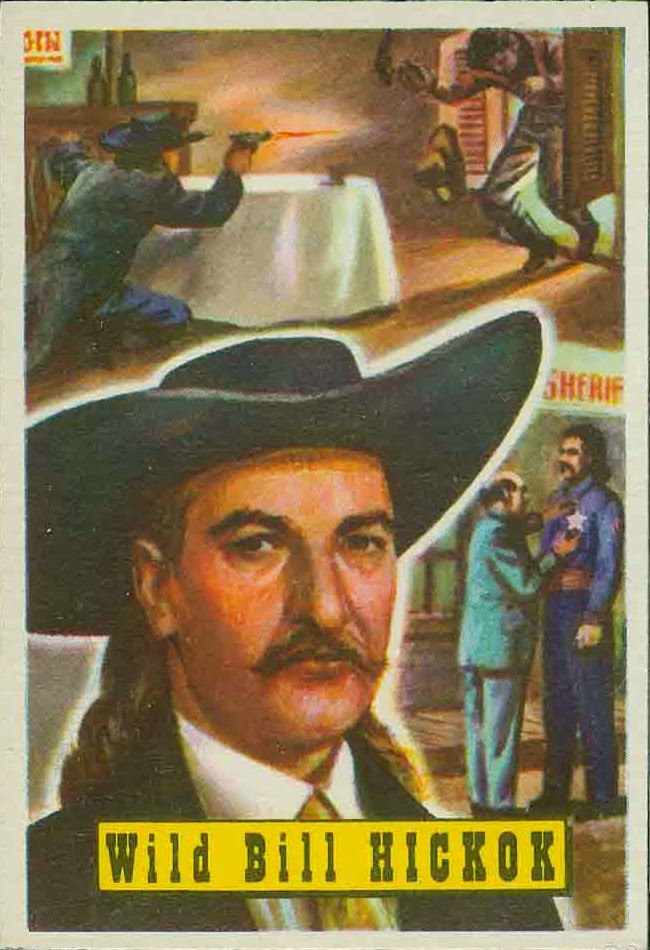 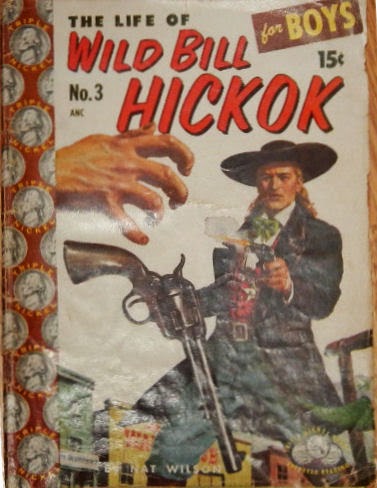 Nat Wilson may have been a pen name for Ben & Woody; I'm not 100% sure of that but another author in the series, Arthur Benwood, has a name that is clearly derived from an amalgram of Ben and Woody's first names.

Here are some other exciting books in the series, frm an ad on the inside back cover: 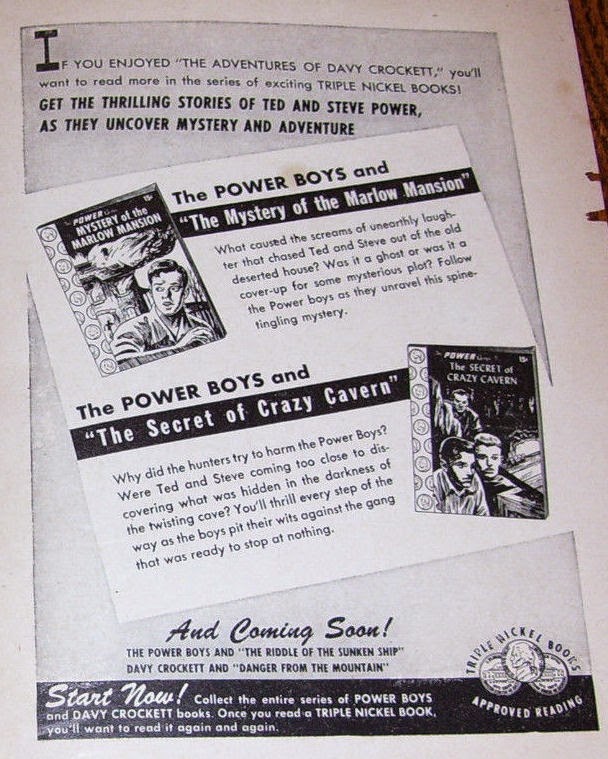 And what 50's moralizing would be complete without a panel of experts giving approval: 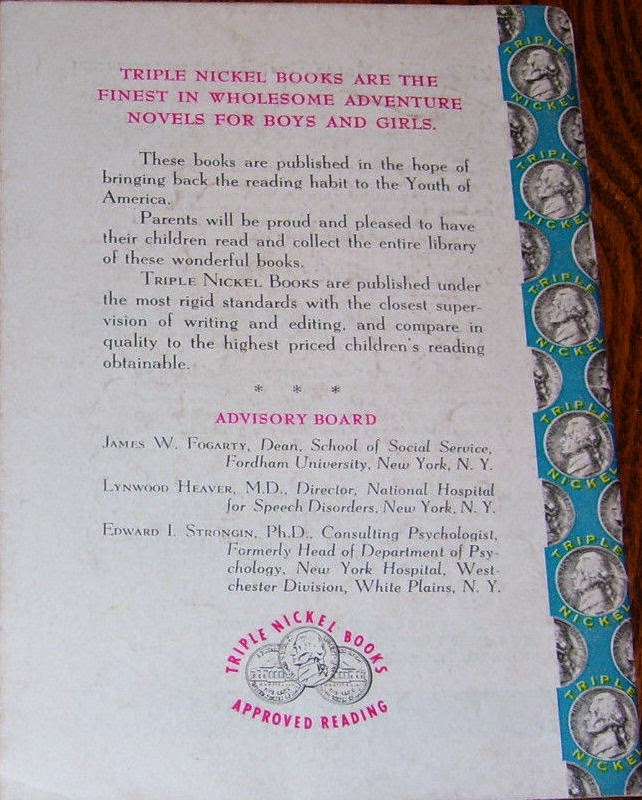 Topps would issue two fan magazines in 1965 that took some inspiration from Triple Nickel Books but I think the series ended in 1957.  Ben & Woody however, had greater days ahead at Topps.
Posted by toppcat at 8:00 AM

I am looking for young adult Power Boys publications, a Triple Nickel Library. Solomon & Gelman published originally sold for $0.15 with the following:

They published under the pseudonym Arthur Benwood, a name created by combining the first names of Ben Solomon and Woody Gelman.

Let me know if you any success;