I have a few more Sy Berger press photos to share today, all from the 1960's.

Here is Sy receiving an award from George Trautman at the 1961 Minor League Convention in Florida. Trautman was a minor league executive who became President of the National Association of Professional Baseball Leagues (NAPBL) in 1947.  Berger was a fixture at such events starting in 1959, when Topps began giving out their rookie awards . 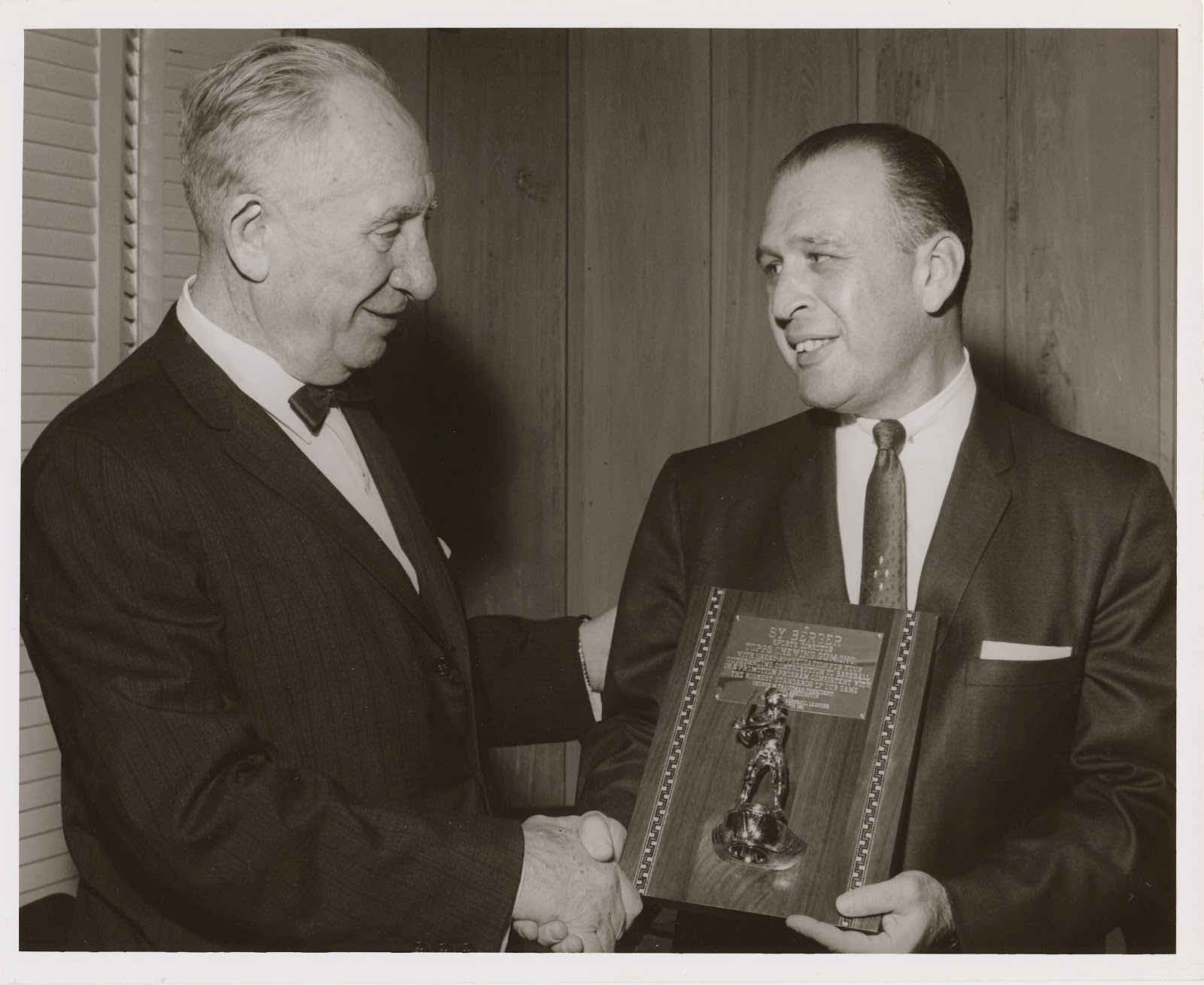 Same folks, same award, different locale.  Here is the 1962 award presentation held in Rochester, NY in December of 1962.  Trautman would die the following year while still in office. 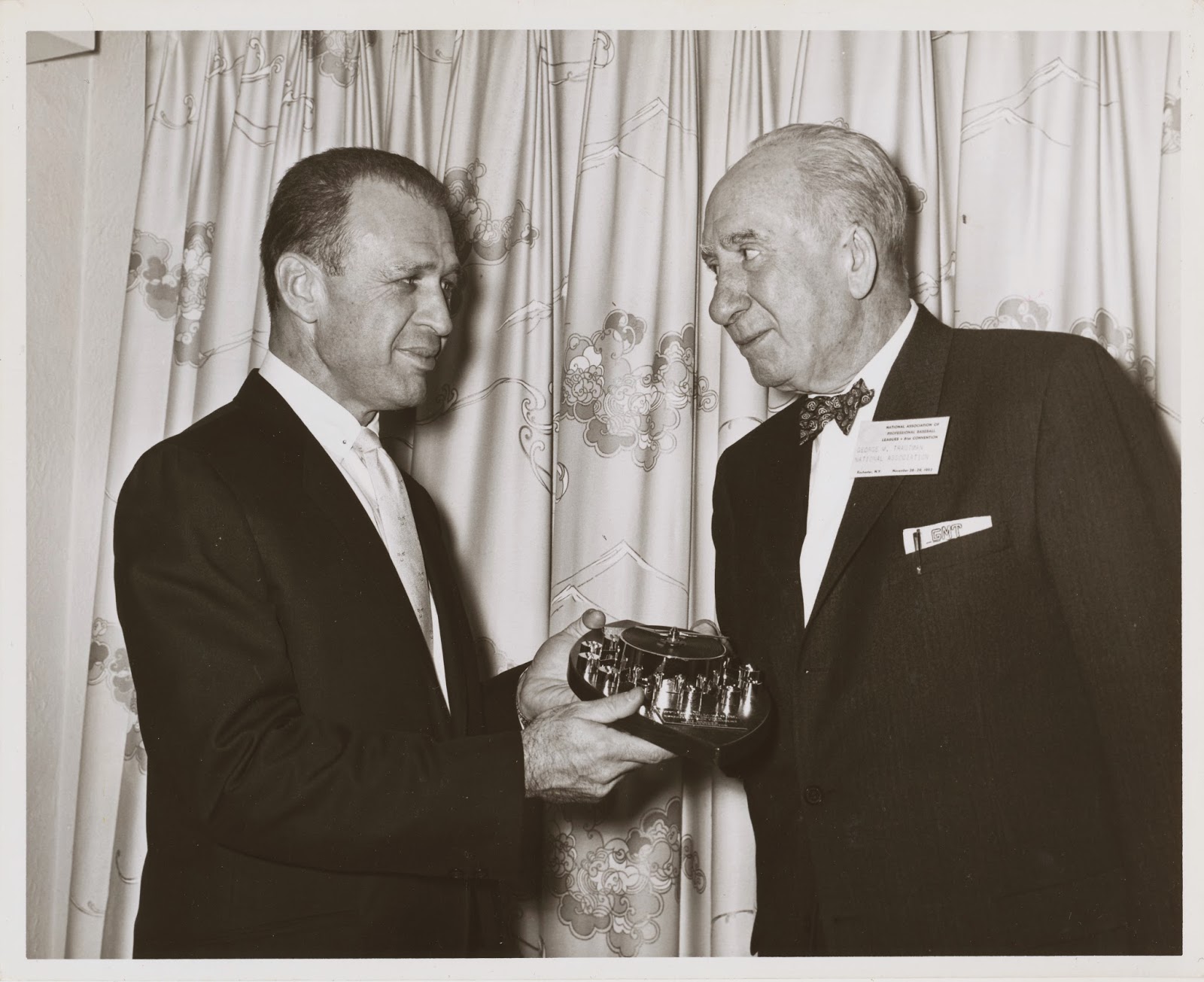 Here Sy presents an award to Earl Keller, the longtime sportswriter for the San Diego Tribune, in December 1963.  I suspect this one was shot in San Diego and that it may actually have been the presentation of a ceremonial gavel. 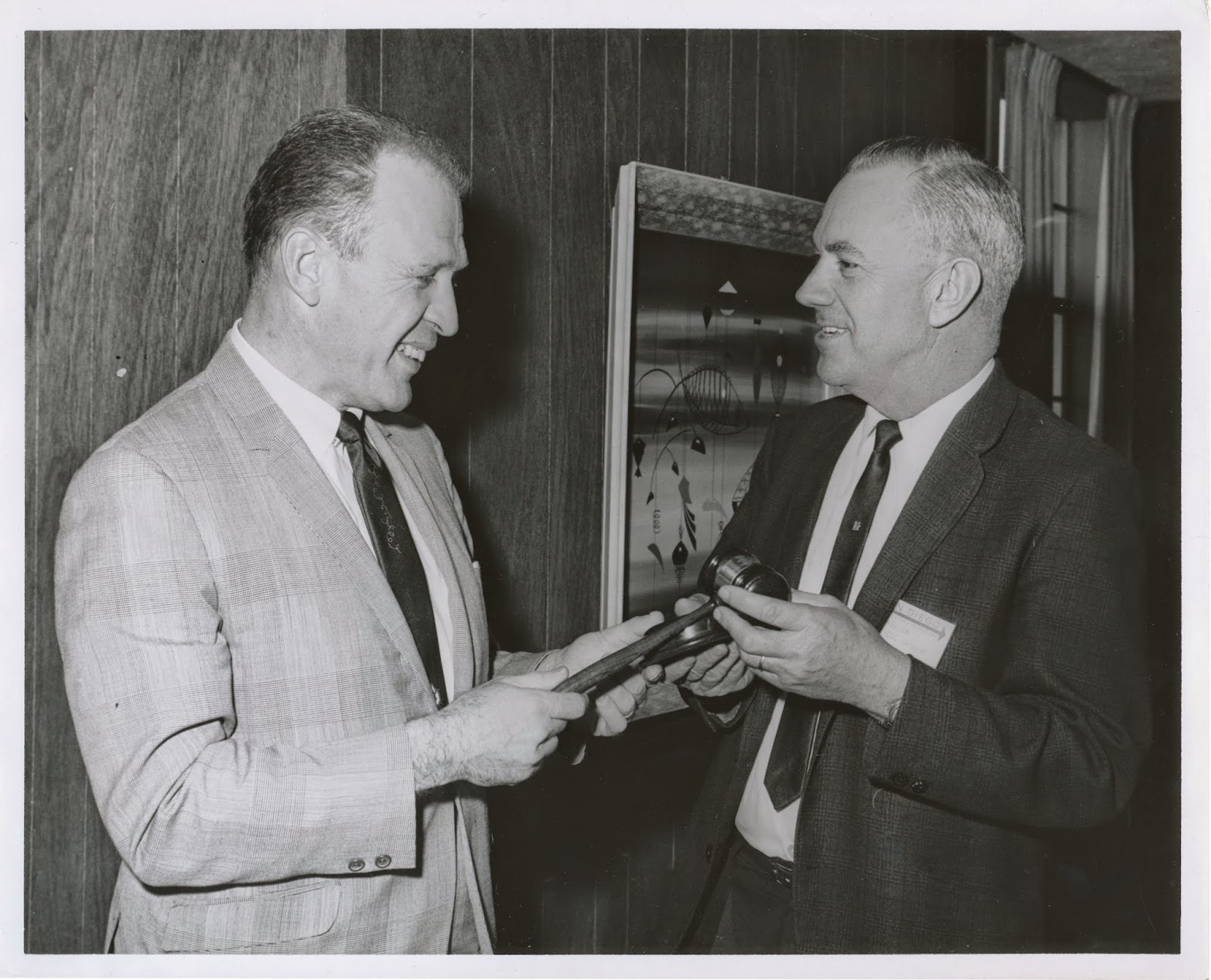 Now we jump ahead to 1969 an the presentation of a 10 year Anniversary award to Sy from the NAPBL: 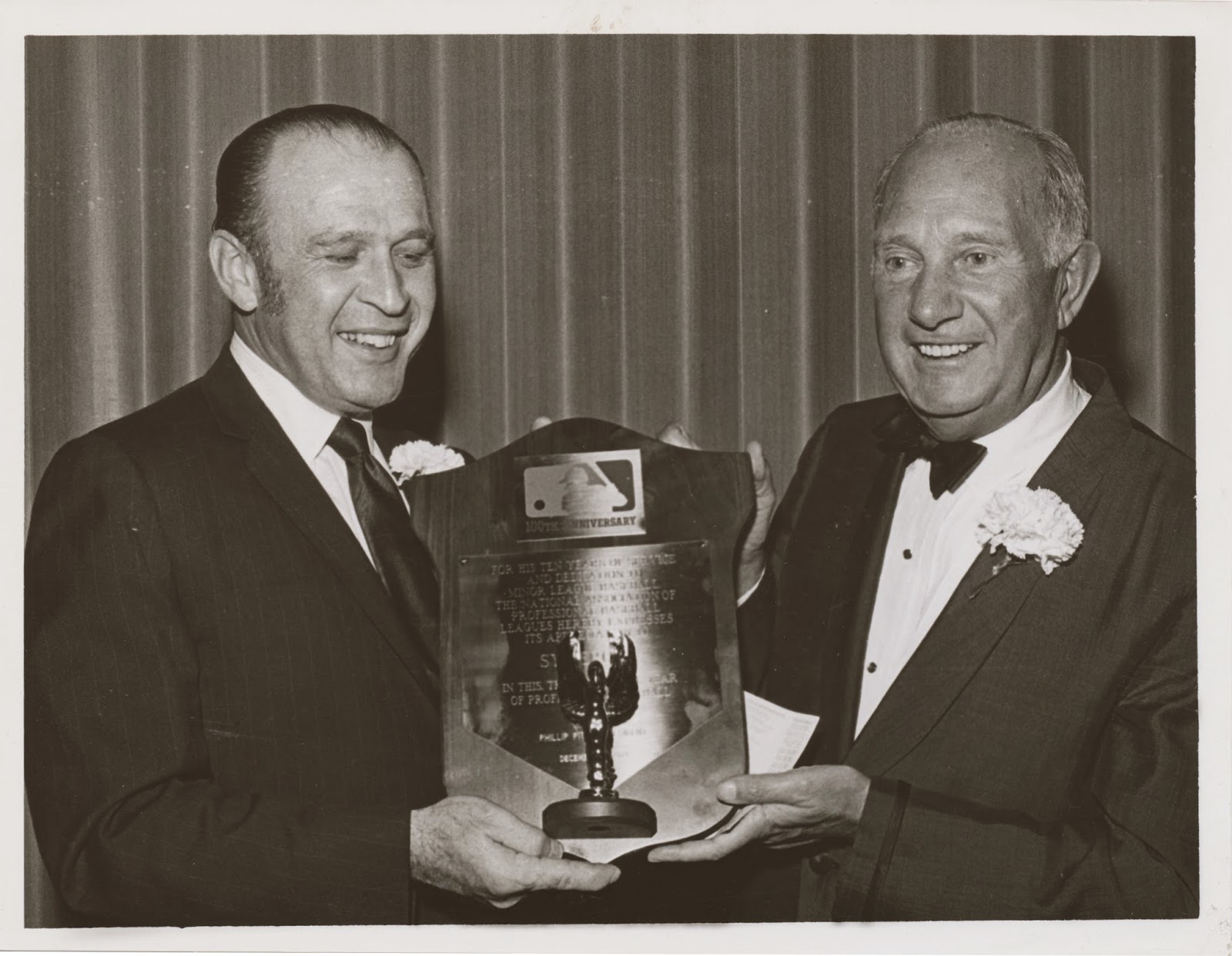 Sy must have received dozens of awards on the rubber chicken circuit over the years.

I have a handful of other Sy Berger press photos that I am trying to find details on.  I'll post them here soon.