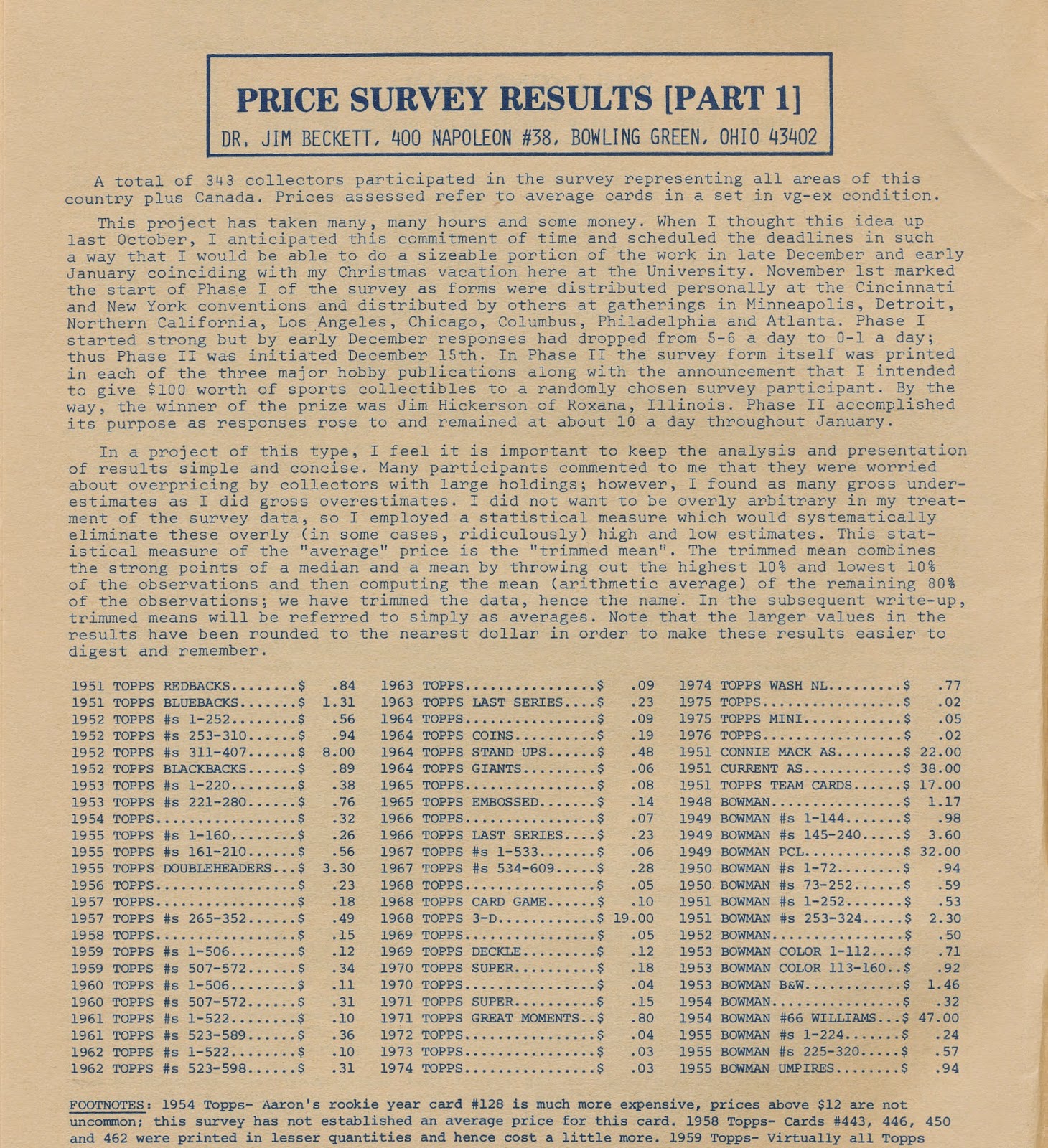 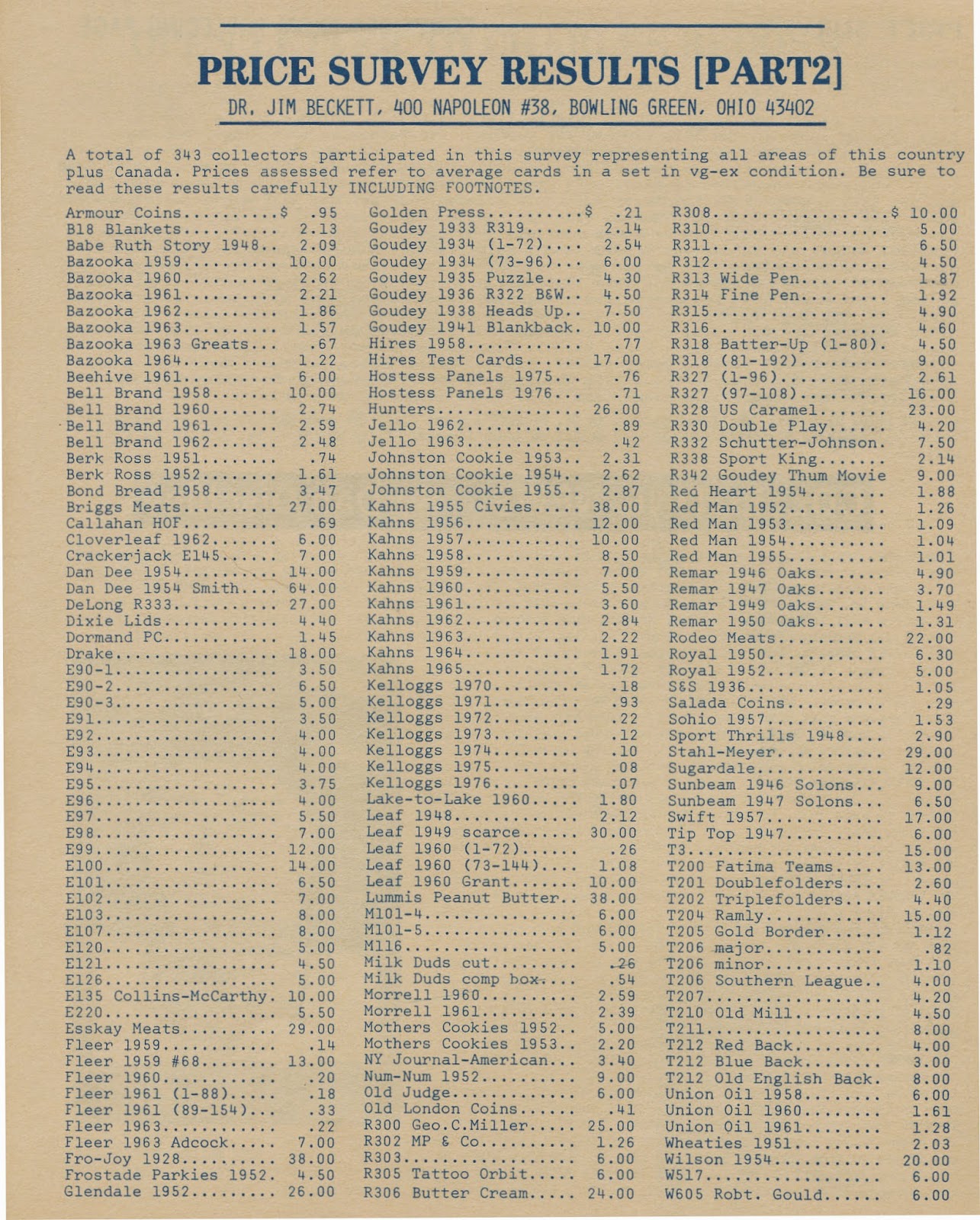 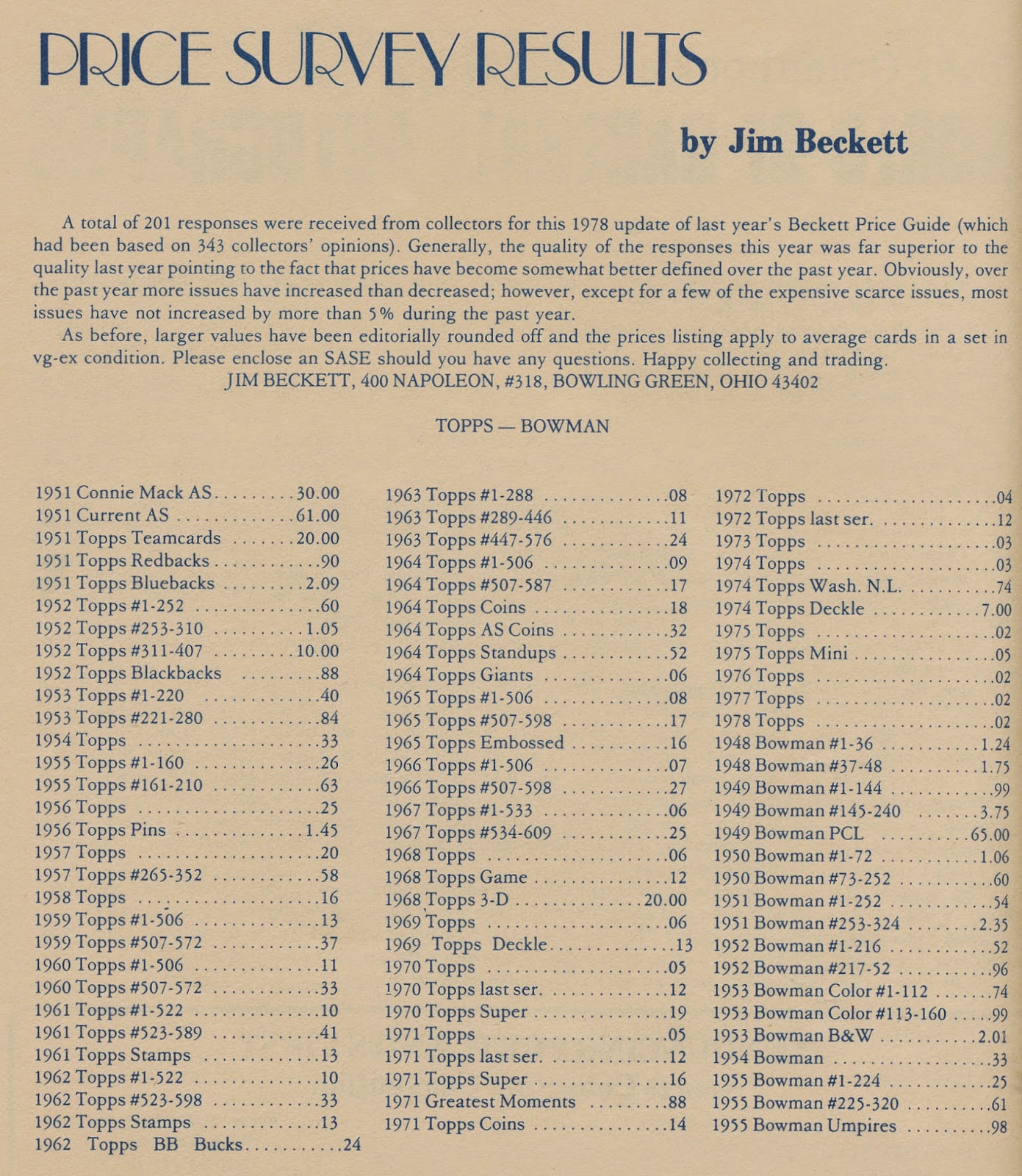 I have further runs of magazines to go through as I continue my research and expect I will find similarly blog-worthy old school items along the way.
Posted by toppcat at 8:00 AM

Dave - great information from The Trader Speaks. Just curious - as you've been going through the issues, have there been any articles on any Fleer sets from the late '60's to mid '70's?

Jon-yes, there are R.G. Laughlin ads in quite a few issues. I need to go back and look at them after I run through the issues for Topps info.

I'll be looking forward to seeing what you find. Thanks!