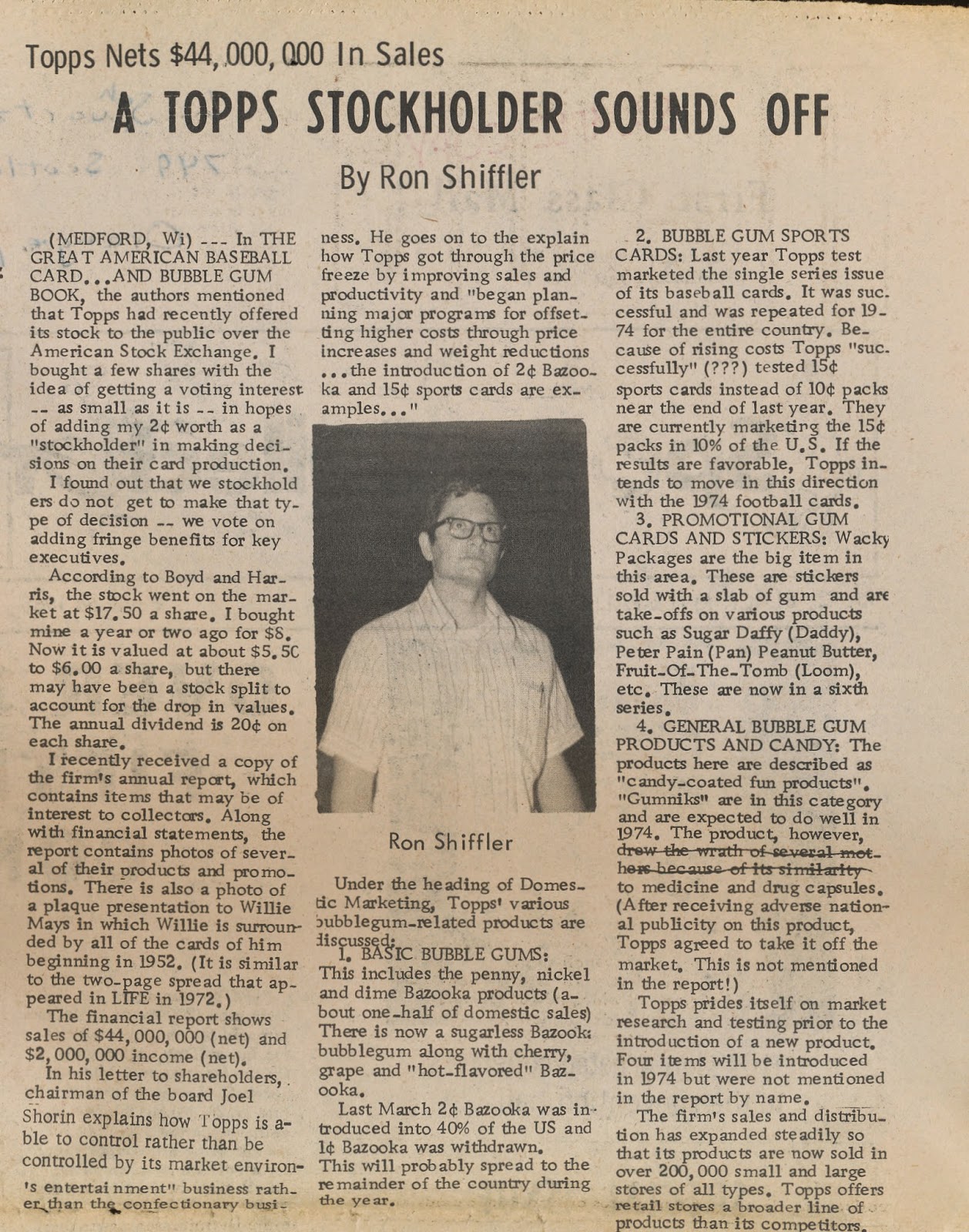 Bondarenko started SCN when he was 16 (!) and I have to say by the time the mid 70's rolled around it was, the most professional looking hobby publication out there prior to the debut of Baseball Cards Magazine in 1981. Not bad for a twenty-something!
Posted by toppcat at 8:00 AM