We Liked Ike, But When?!

Regular followers of this blog and those who have read my book know that Topps issued a set of 33 coins in 1948-49 depicting the Presidents of the United States (and one featuring the Capitol) and then repeated this in 1956-57, although the design changed and plastic was substituted for metal. I've always been bothered by there being no 1952-53 version of the set (Golden Coin), especially since Eisenhower was a newly minted Chief Executive at the time. I've just acquired the complete contents of a '56 pack that I think helps support the idea a set was issued following the 1952 election.

Here is the all encompassing 56 setup: 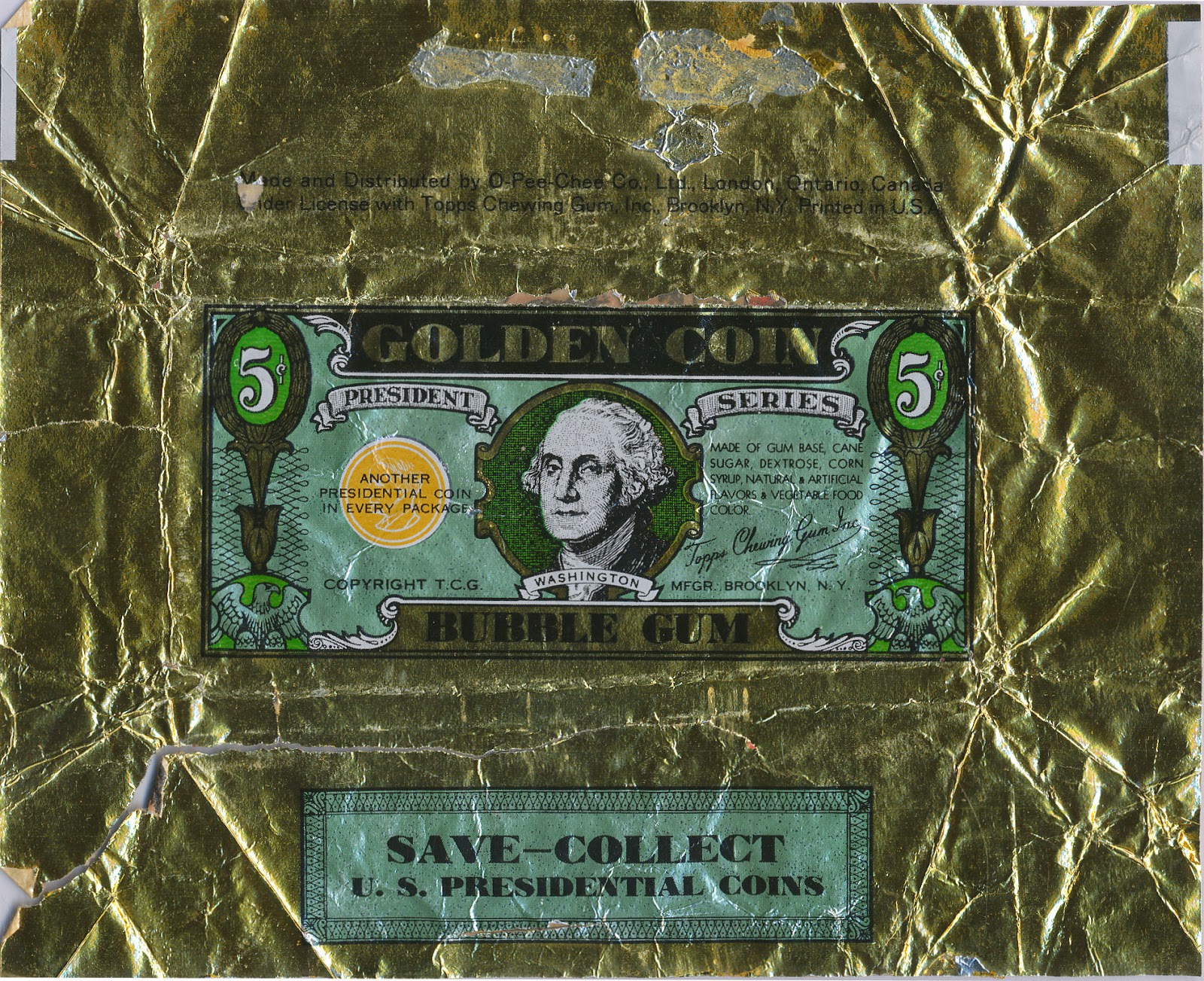 As always, the wrapper states it was distributed by O-Pee-Chee in Canada but manufactured by Topps Chewing Gum in Brooklyn.  This dichotomy will repeat, as we shall see.

The It Happened To A President inner wrapper is correct as it features the red and black version associated with the 1956 issue: 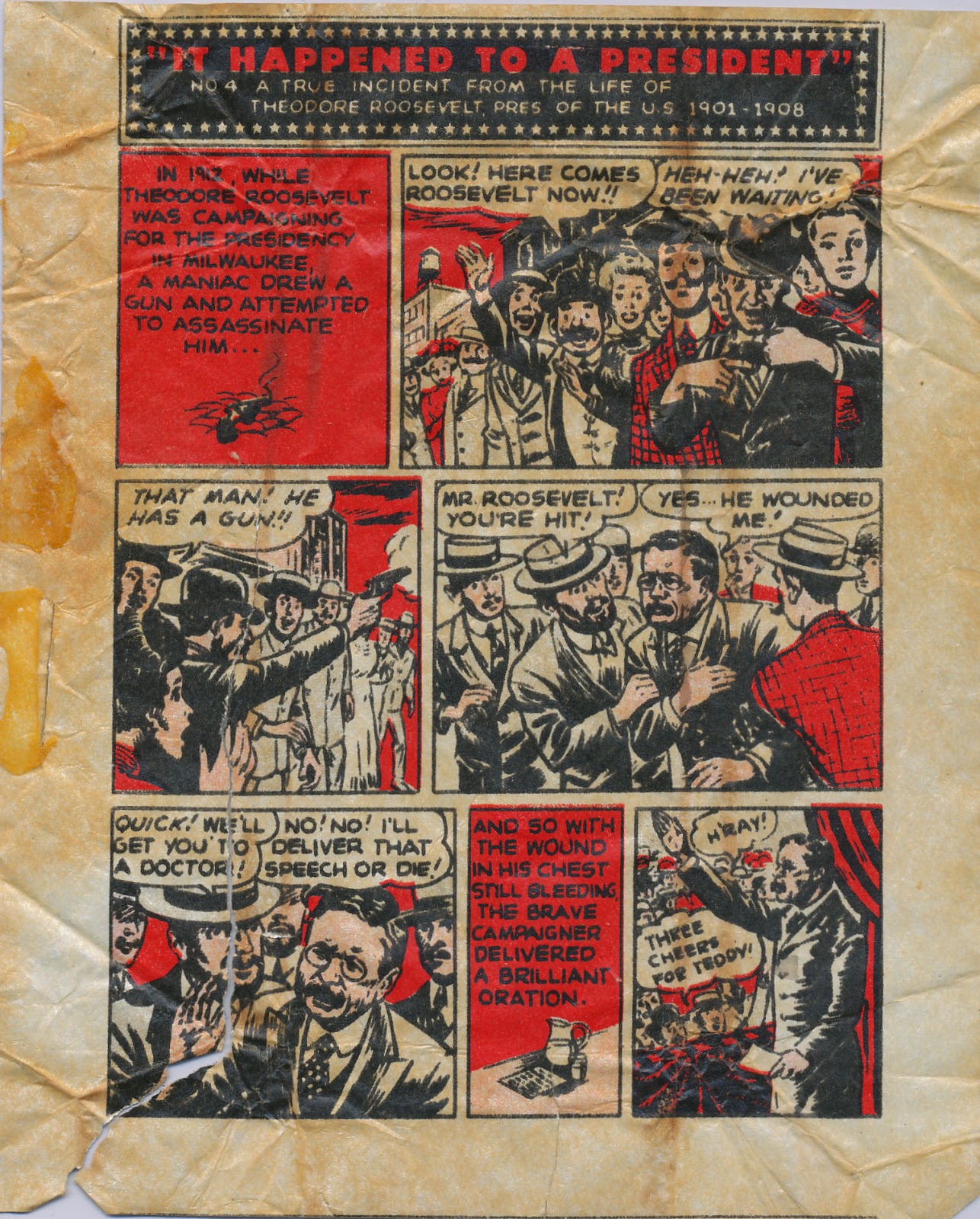 Our first anomaly shows up in the form of the inner tray and gum, the latter of which disintegrated completely about six seconds after I opened the mailing package: 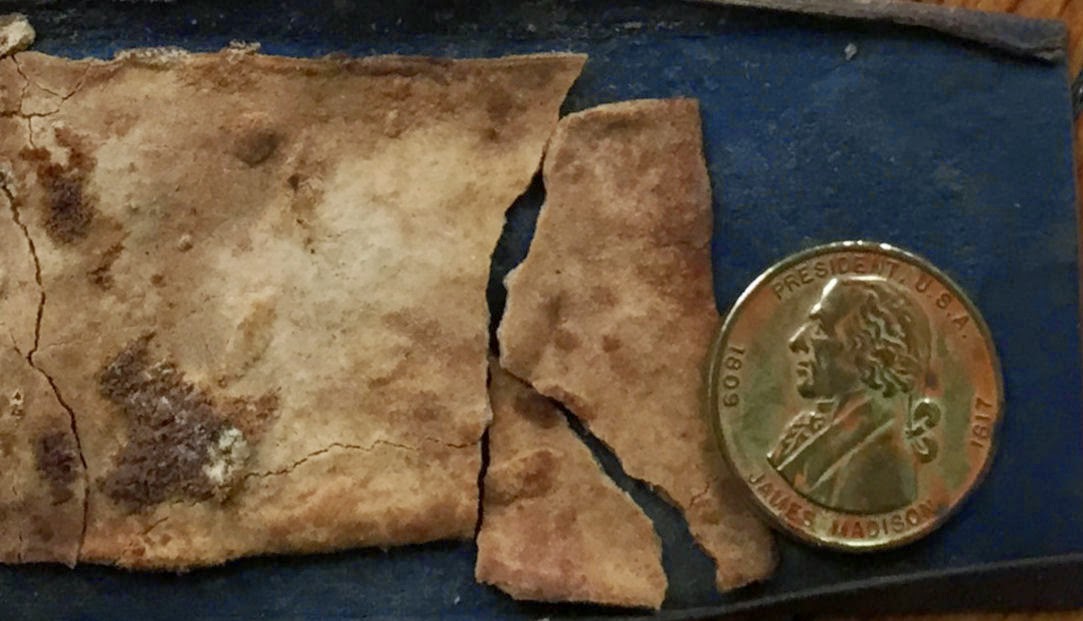 Here is a closer look at the tray, which measures about 4" x 2 1/4", not counting the flip up edges; it's completely petrified at this point, you could kill somebody with it easily enough: 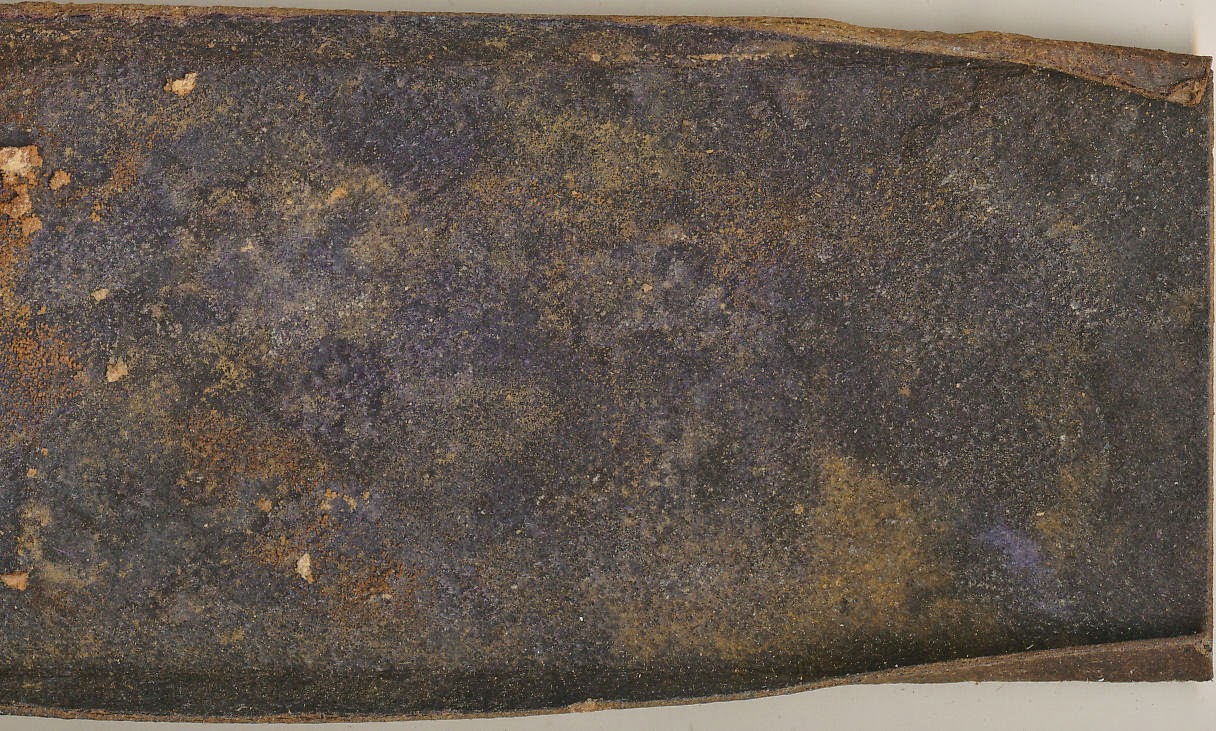 And therein lies the rub as the inner packaging from what I have read and researched is supposed to be a cardboard envelope that looks like this in 1956: 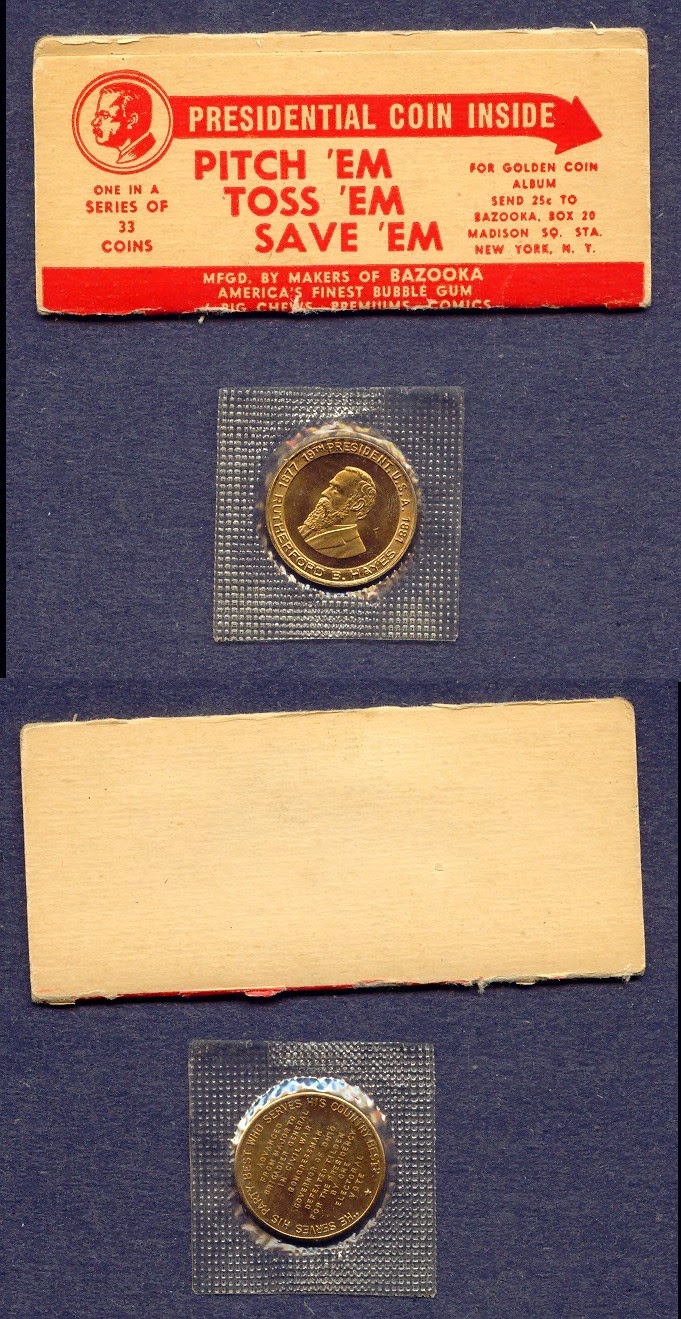 I have no doubt the plainer sleeve is the earliest of the bunch as the slogan and design clearly mark it as such. 1949 wrappers have the 1949 date prominently displayed on them so that's a no-brainer for dating purposes. Plus the '49 coins have the text back; in 1956 they used a shield with a large ordinal number within: 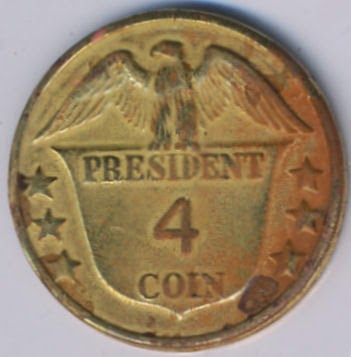 We also have this curiosity, from a couple of scans I picked up along the way:

There is yet another disconnect, namely this big Bazooka insert from the 1956 version: 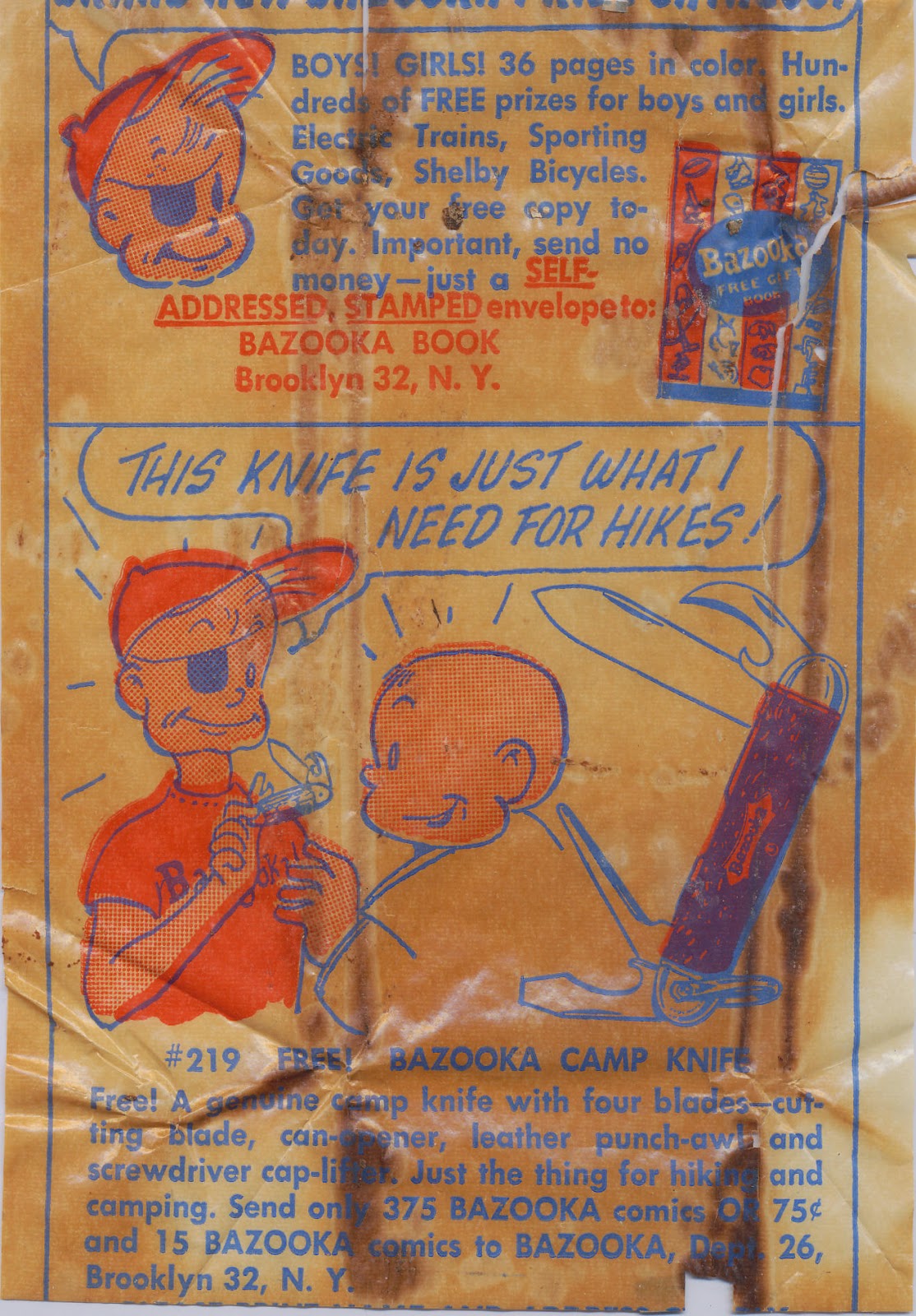 That was clearly wrapped around the black tray from the look of things.  Bazooka Joe was a 1954 invention, so could not have come with an earlier Golden Coin set. But why is there a U.S. address for a Canadian product?!  I admit to being a bit baffled at it all.
Posted by toppcat at 8:00 AM

The bigger question to me is why would Canadians want mementos of US Presidents?