I don't look at basketball cards here too often, mostly due to the vintage era Topps sets being pretty homogenous and with one notable exception (the 1968 test issue) easy to obtain. Every once in a while though something hoops-related comes down the pike that surprises me.

A recent collectauctions.com auction, brought to my attention by Friend o'the Archive John Moran, contained a vending box of 1970 2nd series Basketball cards. But this was no ordinary vending box kids:

That zebra stripe pattern gives this away as a factory packed vending box. But it's not the ordinary flimsy blue rectangular box commonly used in this era by Topps, like this one from 1975:

I have to say I've seen a lot of different styles of vending boxes over the years but never one using the wax pack box as the container.  Still, with the cards being oversized in 1970, it does make a fair bit of sense.

Here's how the box looks, top and bottom: 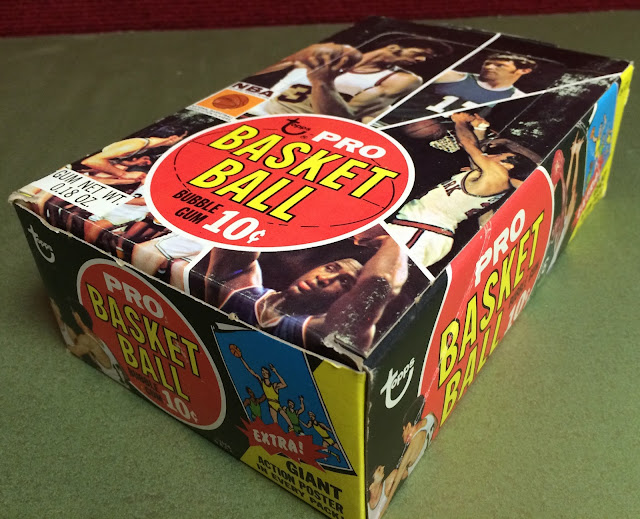 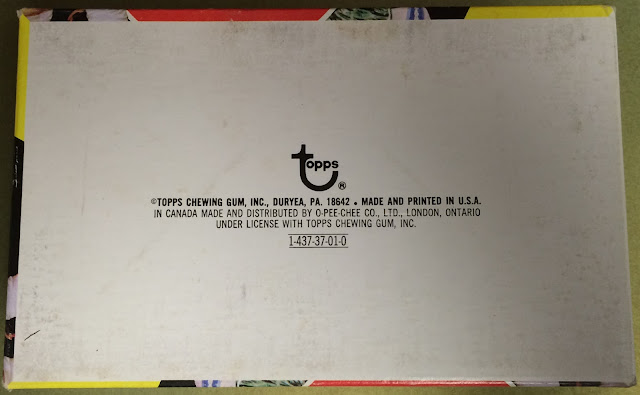 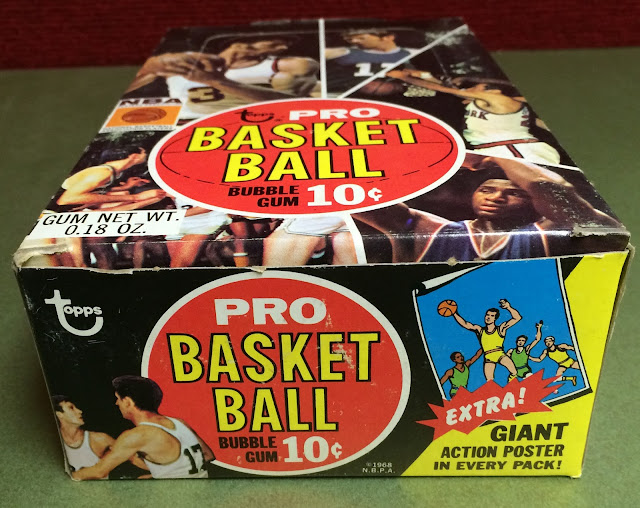 For the record, Norm Saunders, who did tons of artwork for Topps, did the touch up work on the box art.

This method of vending distribution has me wondering how the "tall boy" issues in 1964-65 were packaged.  Does anyone out there have any examples of the Football and Hockey issues from those years that shows the vending boxes?