Weaver? I Hardly Even Know Her!

It's time to visit the Swingin' 60's today kids as we continue our look at Friend o'the Archive Keith Olbermann's extensive collection of Topps concept art and mockup designs. We are into a group now where Mr. O thinks some of these may have been taken from negatives or proof sheets which, for some reason, are fixated on one Jim Weaver, a pitcher who appeared in 27 games over the 1967 & 1968 seasons with the Angels, where he went 3-1 with a 2.55 ERA. He was depicted on two real cards by Topps: #328 in the 1968 set and #134 in 1969.

Nicknamed "Fluff" it's not clear why a fringe player such as Weaver was semi-immortalized by Topps but it may have been an inside joke whereby the most insignificant player possible was selected as the name for these.

In order from top to bottom, Bubba Phillips, Carl Warwick and Grover Powell all stand in for old Jim. 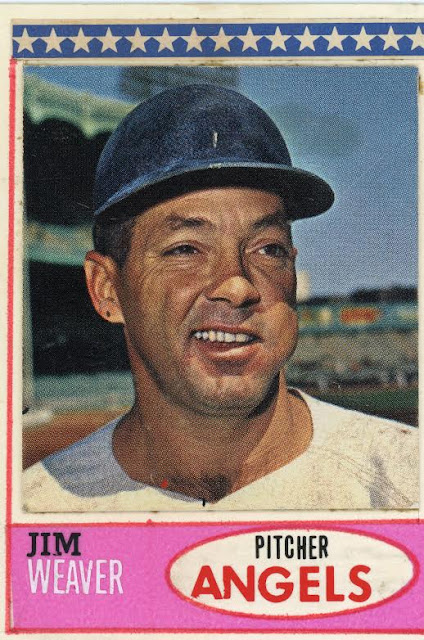 The bottom area looks pink but I'd wager given the patriotic theme that it would look better in red, unless Topps felt that the red in the neatlines would suffice. The Bubba Phillips image is from his 1964 card, where he was depicted as a Tiger. 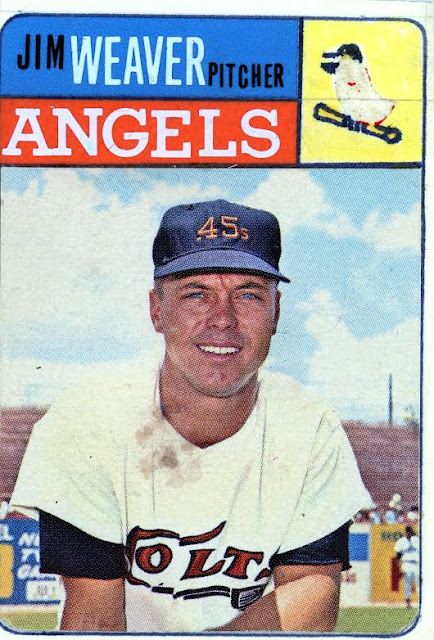 Carl Warwick was a Colt on his 1964 Topps card, from whence this image came. As to the team logo, I have no idea what is going on there. 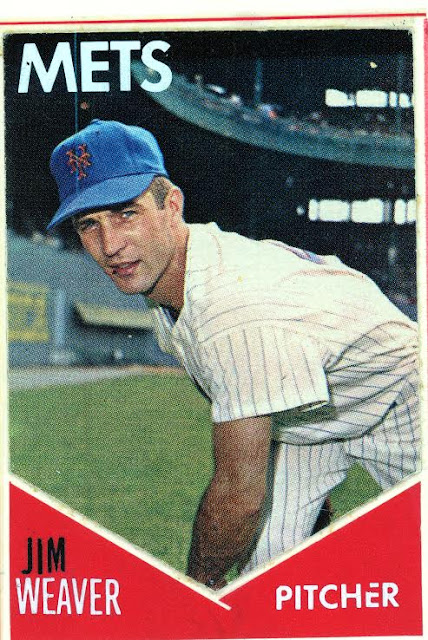 If you guessed that was the picture from Grover Powell's 1964 card, you would be correct. That is clearly a design that was working toward what the 1970 set developed into. The Roberto Clemente mockup in this old post (bottom left) shares the home plate vision. 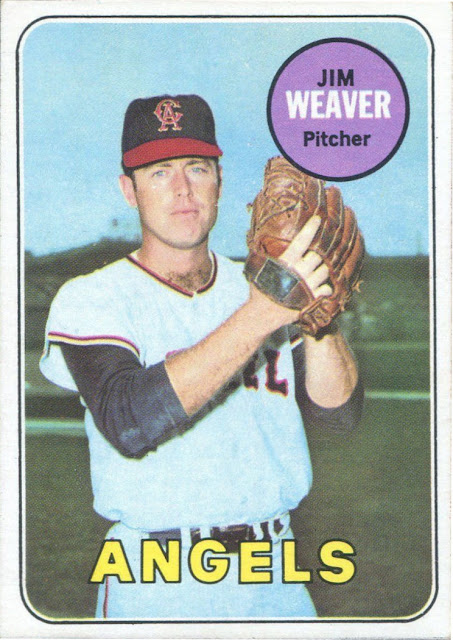 Backs received the same treatment.  It can't be read but there is a penciled notation on this one indicating the cartoon could be replaced by a black and white picture, something we saw, of course, in 1971. Osborne's last year in the bigs was 1963 so there was some long range planning going on in Brooklyn for sure. That back is a little reminisent of a '63, come to think of it. 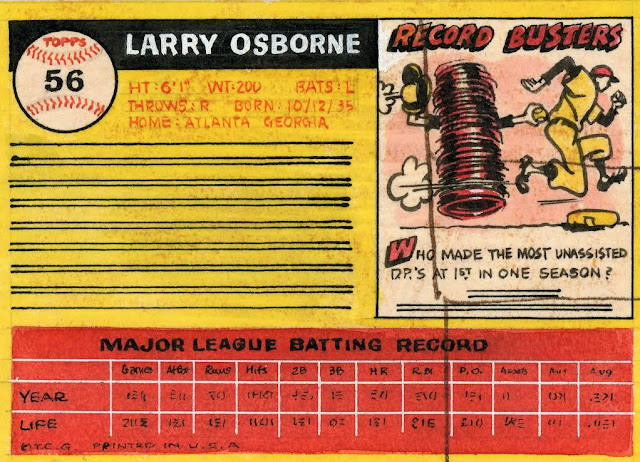 Now we have something that may be an early stab at the 1970 Story Booklets. 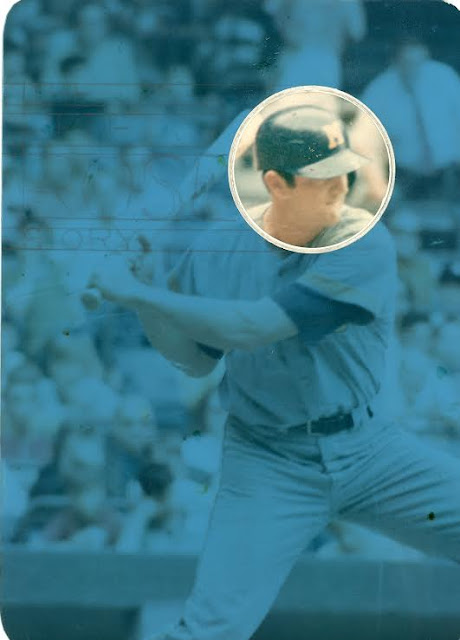 It's hard to make out but the penciling says "Pete Rose Story".  What's a little baffling though is it looks like the player shown is wearing a Brewers Helmet and they didn't start playing as the Brewers until 1970 (and it was a last minute move at that), so maybe this is something else. It doesn't seem to be a Milwaukee Braves helmet either.

The "Willie McCovey" below may also be an ur- Story Booklet. 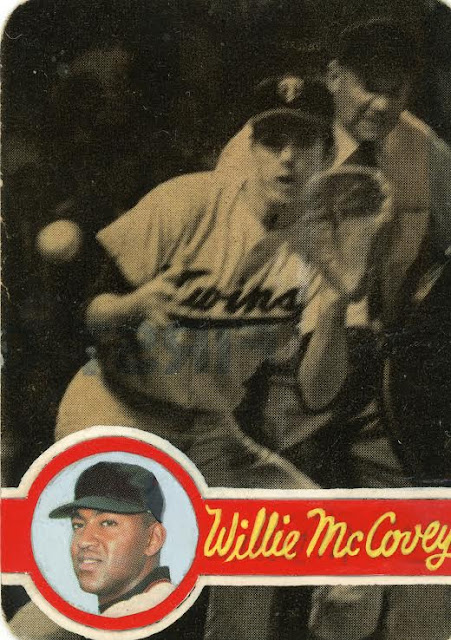 You think all this is strange?  Wait until next time!

This is fascinating stuff. I love these little "peeks behind the curtain". Thanks for posting.

Billy Martin as a Twin!

Thanks to you and Mr. Olbermann for sharing these... I love these fascinating insights into the Topps process and I can't wait to see the "strangeness" that awaits us!

This is just a guess, but perhaps Jim Weaver's name was used not because of the player but truly because of his name. It's a common, almost nondescript name, probably pretty average in length, it uses wide letters like the 'W' and narrow letters like the 'I', has three different vowels, and has commonly-used letters like 'M' and 'R'.

When you're selling your house, realtors will tell you to stage the house so that others are able to picture themselves living in it. Maybe with these mockups, they want others to be able to picture different players "living in" the design.

Interesting point on the type of name used. A distinct possibility.

The mish-mosh of players and teams etc could be caused by using what was immediattely at hand but it seems a little too structured sometimes.

This is amazin' stuff. I've never seen anything like it before.

Yes, it's definitely Ollie, they used that picture in issued sets.