Can you stand it?!  We have even more Topps prototypes to look at today buccos!  Once again courtesy of Friend o'the Archive Keith Olbermann, today's peek is a little more lighthearted than our previous two entries.

Topps could be a goofy place to work at sometimes, not an unexpected thing since they were in the business of entertaining kids. So these baseball mockups are not at all surprising in that context. Here is Walt Alston, errr.......Topps Creative Director Woody Gelman: 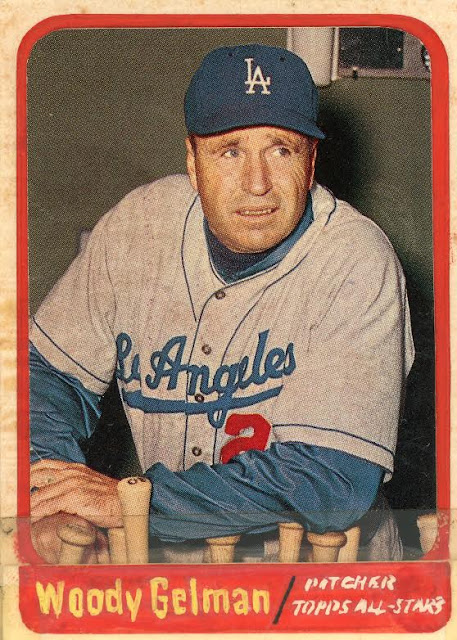 Nice tape job...not! As you can see, Smoky's 1963 Topps card formed the basis for this mockup, which looks very much like a stab at what the 1965 cards became.  Here is the actual '63 card: 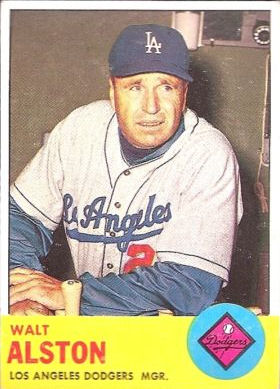 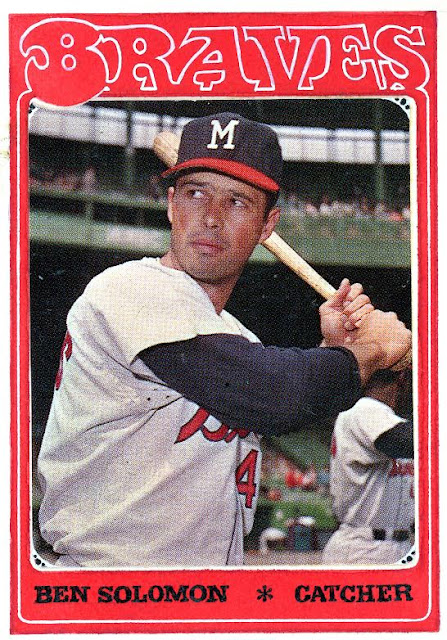 Eddie may have had multiple personality disorder; he's Bill Freehan in a different mockup using the same 1964 base: 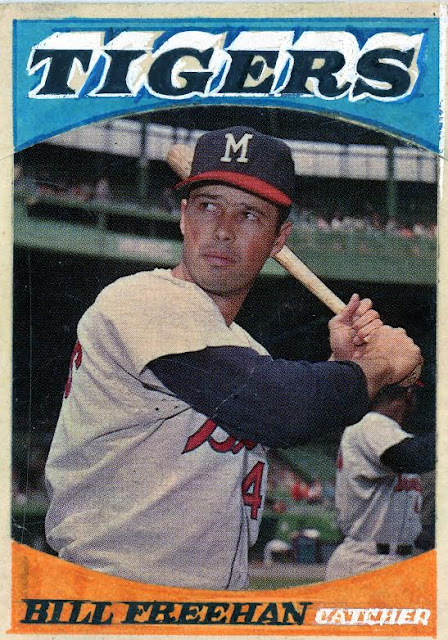 That looks like an early go at the 1972 design, doesn't it?  Sometimes it took multiple mockups over a number of years to get to the final set design.

There are also some designs that were not taken from existing cards but likely were based upon photographs in the Topps player files.  I think the Yogi shot looks like it was taken from the same series of photos used to produce the 1973 World Series program actually: 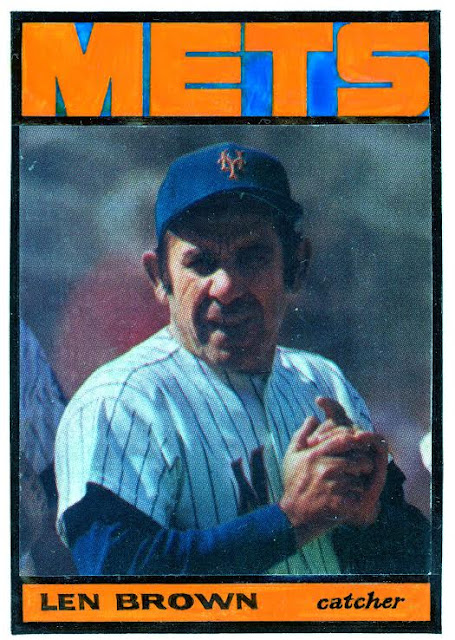 Len Brown of course was Woody Gelman's mentee and the man who wrote a lot of card backs for Topps over the years. He got a second chance at infamy on this Dave Kingman kludge: 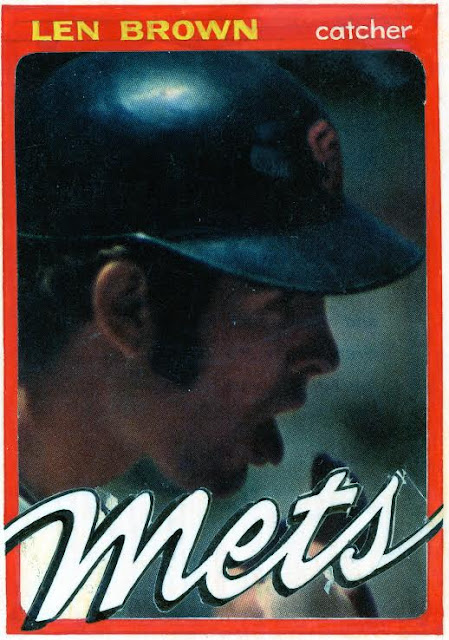 That's another picture I can't trace to an actual issued card.  I do wonder if it's from the same batch of photos his 1974 card was taken from as there is heavy shadow there as well: 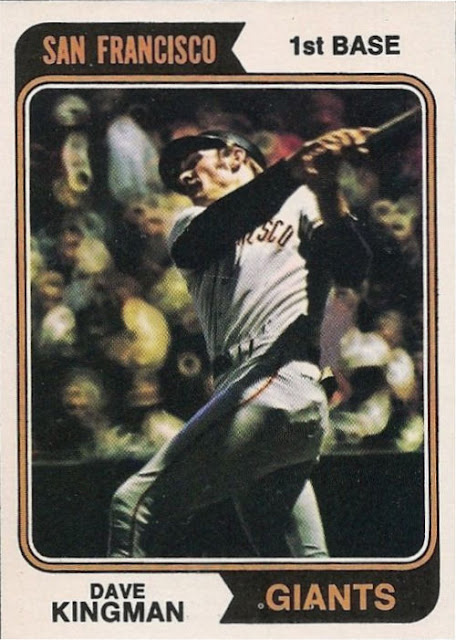 Topps in-jokes are a common theme in the history of the company, from card backgrounds, to actual issued products like Rocks O'Gum to these mockups. Seems like it might have been fun working there (or not).

Here is yet another Len Brown: 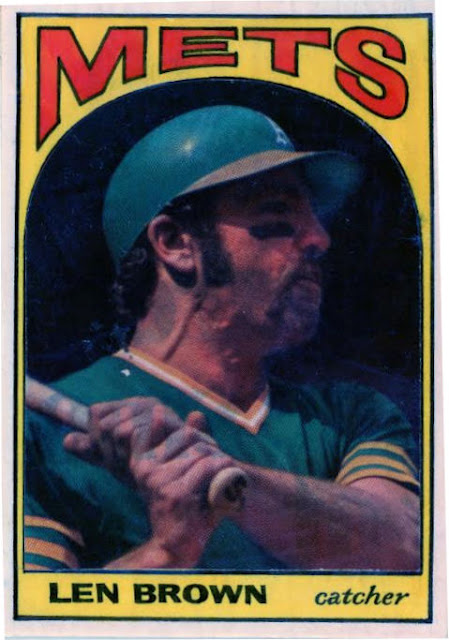 That's actually Mike Epstein, giving it his all.

9/6/15-Update from Mr. O:  All of the "Len Brown" images are created from pictures originally published in Sports Illustrated in the early 70's and used by Topps to create the mockups.

Those are sweet! It figures that Topps would have even more designs available to them, yet avoid so they can keep reusing the same tired designs for every Archives and Fan Favorite set.

Has anyone suggested to Topps that they do a release ofd Archives where the mock-up designs are used for the cards as opposed to using their vintage designs? Obviously using the actual player name, etc. I mean, that would certainly breathe some life into a product that's gone a bit limp. I'd buy it.

This is amazingly incredible stuff!

The "Woody Gelman" card looks like it didn't use an actual 1963 Alston, but a print of the picture used on the card instead. You can see a lot more of the bats on the mockup than you can on the original card.

That is possible Eric. They used all sorts of things and materials for these and I suspect many times they just used what was at hand.