A Wrinkle In Time

Another guest post from Keith Olbermann , wherein two crazy scarce test baseball and basketball sets are re-dated. The baseball dating is due to common sense but it took some sleuthing on the basketball side. Mr. O is referring back to his 1967 test USA hockey post here at the beginning but I've already run a post in the interim, so you'll have to stitch them together yourselves!

The release dating of 1950-70's Topps issues for Basketball and Hockey, especially the latter, continues.

Yeah, so the years on the “1968-69 Topps Basketball Test” and “1967 Topps Giant Stand-ups Test” sets are also wrong.
Sorry.
These postulations doesn’t require nearly as much explanation as why that’s actually the 1967-68 Topps Hockey Test set, not the 1966-67. They both pivot not on a seldom-noticed pattern of player transactions, but the simple fact that cards in each set reference a team that didn’t exist in the supposed year of issuance.
The Giant Stand-ups set is fantastic and imposing. The cards are the size of the ’64 Giant Baseball set, but about six times as thick. They feel like you could break some skin if you threw one at somebody. The color head shots against the shiny black background is just fantastic. And the set contains number 23, Jim Hunter, of the Oakland Athletics. 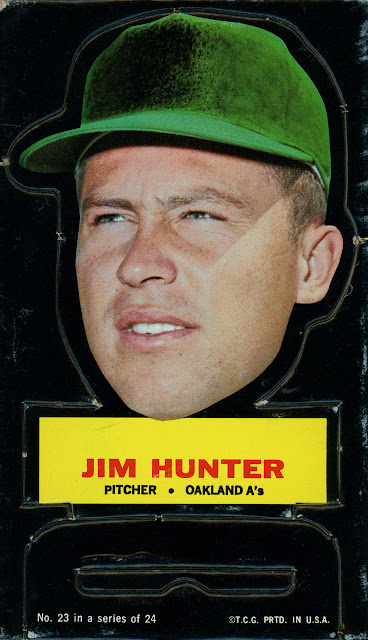 The A’s didn’t move to Oakland until 1968. The cards could not have been made in 1967, unless Topps was guessing that the rumors were true and Charlie Finley really was moving the team at season’s end. By 1967 there had been stories — all circulated by Finley — that he was moving to Oakland. Or Dallas. Or Louisville. Or Seattle. Or staying in Kansas City.
These cards were made in 1968.
And by the way I have seen several supposed experts in the field declare that these were “uncirculated.” Nonsense. I can’t testify first or second hand that they were actually sold to store customers (as I can about ’68 Topps 3-D), but I have seen a bunch of these beauties which were evidently used as stand-ups and are missing the part of the card around the player’s head. I don’t think that’s an accident or something a modern collector did. Besides, the perforations required to create the stand-up required specialized production equipment. If Topps made these cards only for internal review they wouldn’t have wasted the money. The claim that they never left the shop probably results from the discovery a decade ago of a bunch of full-thickness proofs which do not have the die-cut impressions.

Meanwhile, the basketball set, always listed as dating to 1968-69, is certainly not from that year. It’s possible — even probable — that the cards were printed and distributed (and again, too many roughed-up cards exist to suggest these never hit the streets) in the late winter or early spring of 1968, but the cards absolutely pertain to 1967-68, not 1968-69.
There are only 22 cards in the set, and three of them show players (Zelmo Beaty, Bill Bridges, and the misspelled “Len Wilkins”) from the St. Louis Hawks. On May 3, 1968, the Hawks’ franchise was sold to Georgia interests who announced they were moving it to Atlanta for the 1968-69 season. The NBA approved the shift a week later. 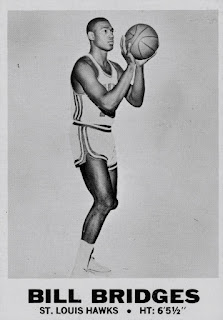 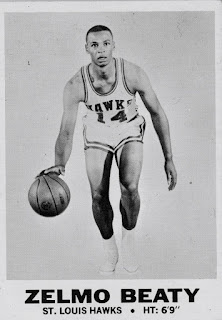 If that’s not enough evidence for you, two months later Wilt Chamberlain was traded to the Lakers. Yet he appears in this set with the Philadelphia 76ers, and the image that the puzzle backs of this set forms also shows him in a Philly uniform. As illustrated on the back of Hal Greer’s cards, the socks on Chamberlain’s puzzle image have already been re-touched — the uniform could have easily been altered, too. 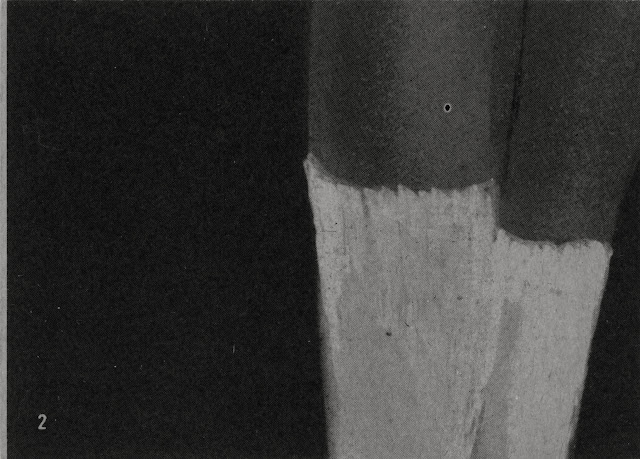 If you’re testing to see if basketball would sell to the gum smackers of the late ‘60s, you’re not going to put out an outdated card of the sport’s biggest name, nor three cards from a team that had just changed cities. 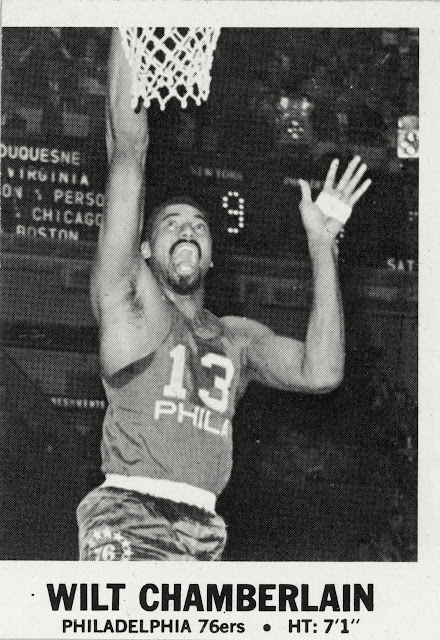 There’s also another bit of evidence that dates the set as 1967-68. Card #12 features the rookie of the year for that season, Earl Monroe of Baltimore. That fact is often used to support the 1968-69 dating. But look at it. The card shows Monroe in the uniform not of the Bullets, but in the generic garb of his college team, Winston-Salem State. 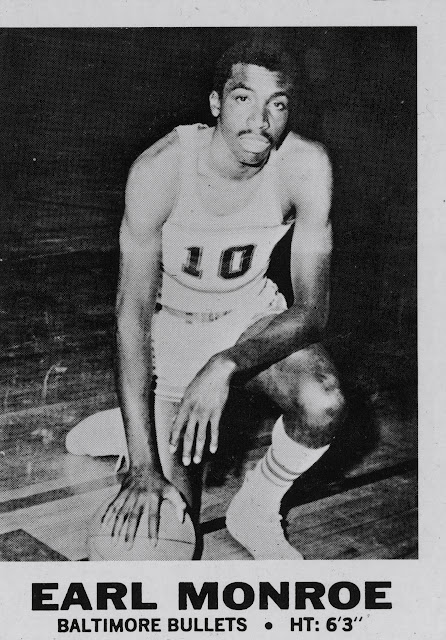 The other evidence used to backstop the 1968-69 date is the inclusion of Bill Bradley in a Knicks’ uniform. Hard to conceive this now, but Bradley’s arrival in the NBA was probably as ballyhooed as Wilt Chamberlain’s nearly a decade earlier. But after traveling to England to continue his education at Oxford for two years after the Knicks drafted him, Bradley’s debut was further delayed until December, 1967, because of military service. This would seemingly be conclusive — why would Topps scramble to get a shot of Bradley for a silly test card when any one of a dozen other stars could’ve filled the space in the set? — except that a quick perusal of the old basketball books and guides of the era shows pretty quickly that all 22 of the photos in the Topps set were publicity shots released by the teams. Monroe’s college shot was probably distributed by the Bullets as soon as he officially made the club in October, 1967 (or maybe even the day he was drafted), and I recently discovered that Bradley did a photo shoot for the Knicks in the spring of 1967, before going into the Air Force Reserves. 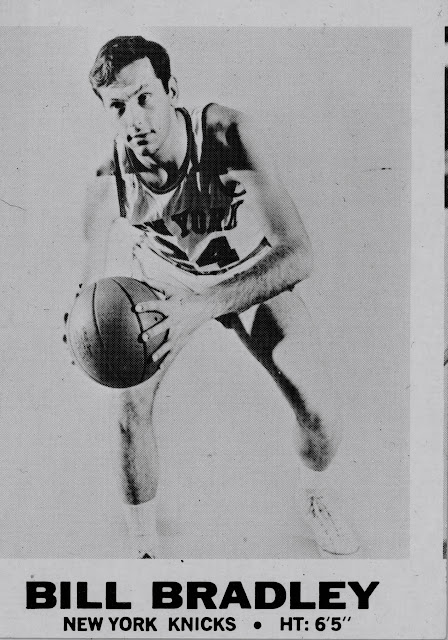