Topps hit a creative peak after the move of their production, packaging and warehousing facilities to Duryea, PA in 1966.  I don't know if the move freed up resources as they consolidated a half dozen buildings scattered around Brooklyn or if the Creative Development team just went bonkers but in a roughly five or six year span ending in late '71 or early 1972, mainstream (Jack Davis, Basil Wolverton, Wally Wood) and underground artists (Art Spiegelman, Bill Griffith) were producing a stunning parade of illustrated sets for the company.

Topps had always used high grade artists since their earliest days of selling cards (Al Capp for instance) and even got a young Robert Crumb into the mix in 1965 (Monster Greeting Cards). Some of their 1950's output really shows off this work but things took off along with the Space Race as packaging, set design, "playability" and innovation all came to the forefront on the non-sports side. Even cards and packaging they were producing for the four major sports were noticeably edgier and dramatic in this period. There were intricate in-house proofs, test issues, premiums and more being produced at a dizzying rate. It all came to a crashing halt once Topps elected to go public and started cutting expenses in 1972 but for a short while it was pretty amazing.

Topps committed to a stretch of sets with die cutting and wearability in mind, often centered on Hallowe'en. The Get Smart Secret Agent Kit, Blockheads, Topps Pak 'o Fun to name but a few and today's subject: Disgusting Disguises.

Issued twice, first in 1967 and again in 1970, Disgusting Disguises featured 24 large, die cut cards to be punched out and worn like a mask or otherwise about the head and then adorned with various, generally creepy stickers, helpfully packaged with the cards and numbering 27 in total.  I never saw these as a kid but they would have been an awesome find if I had: 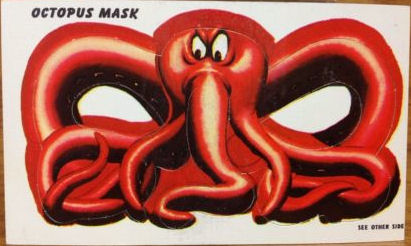 The cuts on these things are horrible from what I have seen but that looks like Basil Wolverton artwork to me.  The card backs had instructions for you: 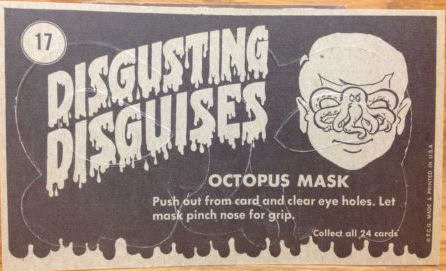 But get this, each back illustrated the mask on the front-no generic instructions for the small fry here! 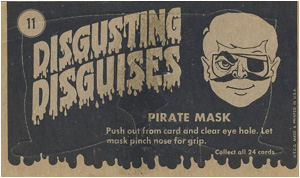 Three of the masks will look familiar if you collect Pee Wee's Playhouse cards from 1988, click the link and see: 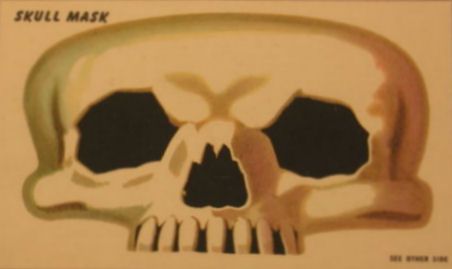 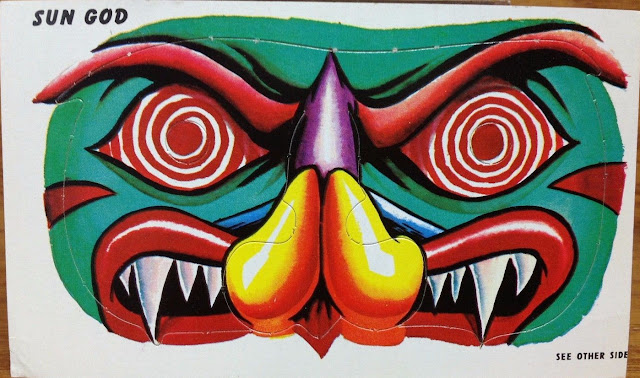 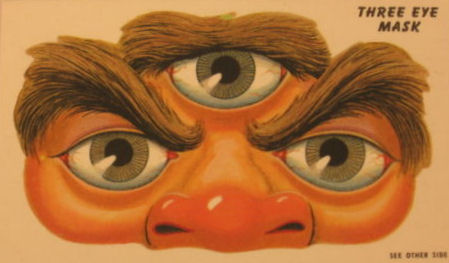 The Stickers were also in large format: 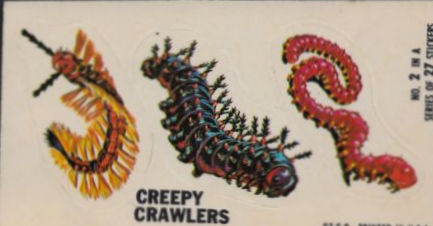 I found an uncut sheet scan (likely a partial) of the stickers while I was researching this post, you can see the extra prints pretty easily: 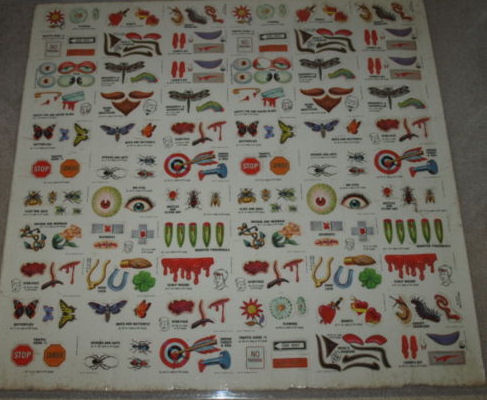 I have scans of a couple of proof sheets of the cards but they are pretty rough: 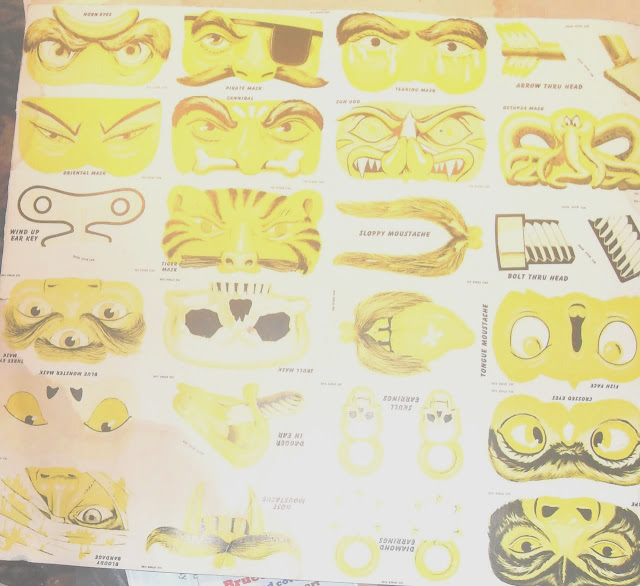 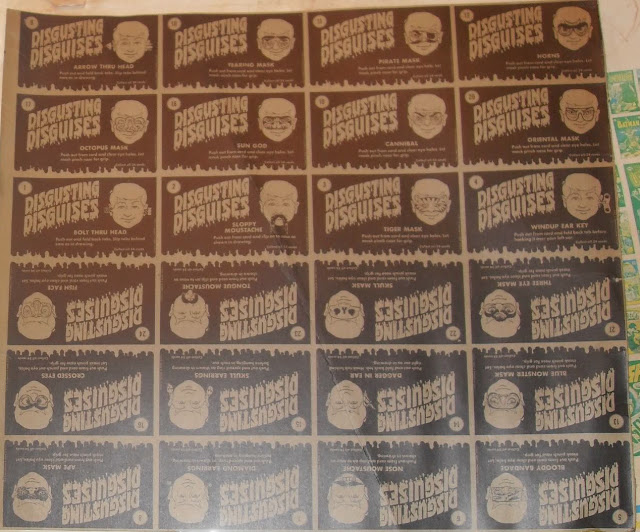 The box is a classic: 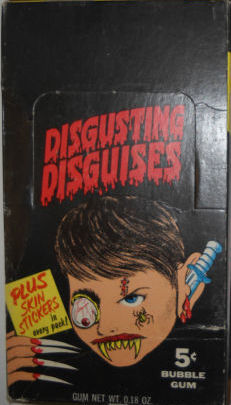 C'mon, that kid is fierce!

It's a great little set and clearly meant to be retailed around Hallowe'en, a subject I'll be exploring here and there this fall.You can see 'em all at: http://www.i-mockery.com/halloween/bag/disgusting-disguises-topps.php
Posted by toppcat at 8:00 AM