So I picked up a neat little item last week, a Topps invoice from March of 1960: 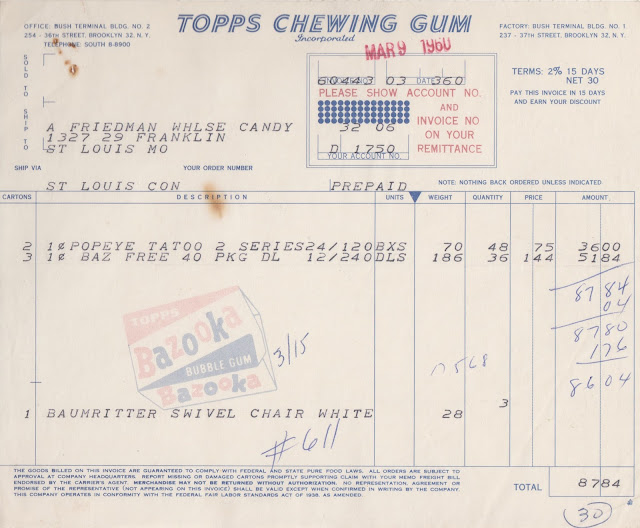 I really value finds such as this as they help decode some of the inner workings of the boys from Brooklyn.  We have a St. Louis jobber (wholesaler) getting a fairly pedestrian shipment of product, namely a couple of cases of Popeye Tattoos and some Bazooka, which allows me to continue marveling at the small dollar amounts that were the norm before the mid to late 60's.

The Tattoos in question are the yellow labels:

Topps was in the midst of a three series run of Popeye tats when this invoice was printed (off a system using IBM punch cards I'll bet), as the cartoon was being heavily syndicated on television by the late 1950's as the baby boomers began to seriously watch some tube after getting home from school in the afternoon. I'm not positive but believe the tattoo issues of the late 50's into the mid 60's, many of which were timed to the fall and winter TV schedules, were also a financially friendly product for Topps in what would be a somewhat fallow time of the year for them. Remember, after football season they didn't really have a US sports lineup until the spring for many, many years and the end of this type of penny tattoo issue for them coincides with their nascent Basketball and Hockey issues in 1968 and 1969.

I'm pretty sure this, or something very similar, was the proffered Bazooka product: 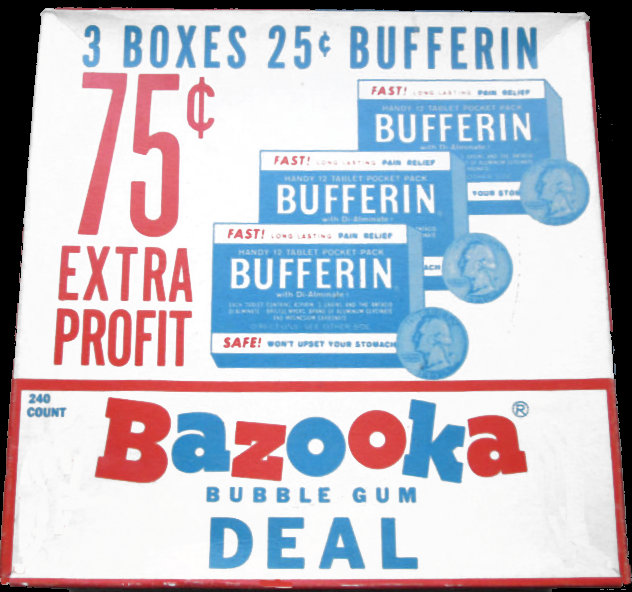 However, there is also an oddity on the invoice that the eagle-eyed among you will notice, namely that Baumritter Swivel Chair! I don't have a picture of one in white but I do have this shot, taken from a late 60's or early 70's Bazooka retailer-wholesaler premium catalog of what should be the "luxurious foamold swivel occasional" chair in question: 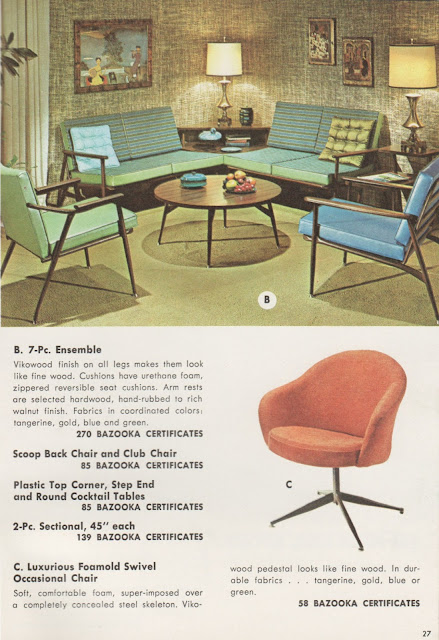 And that dear readers, completes the order!