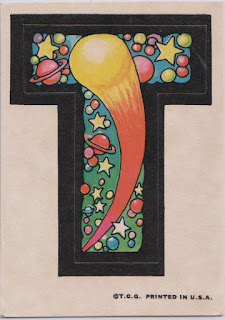 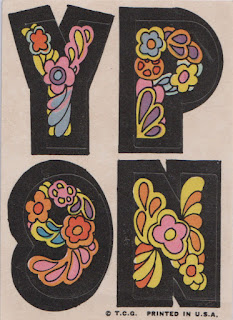 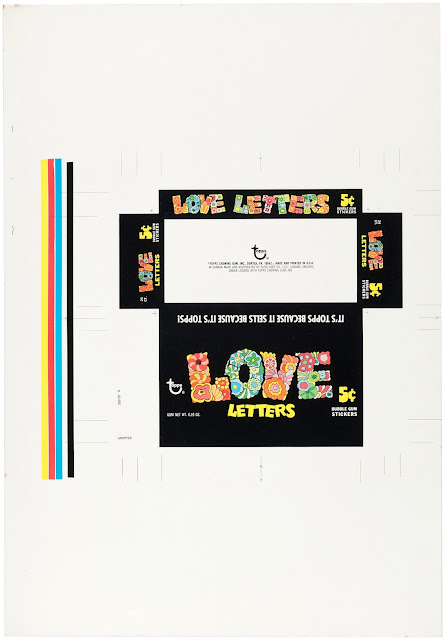 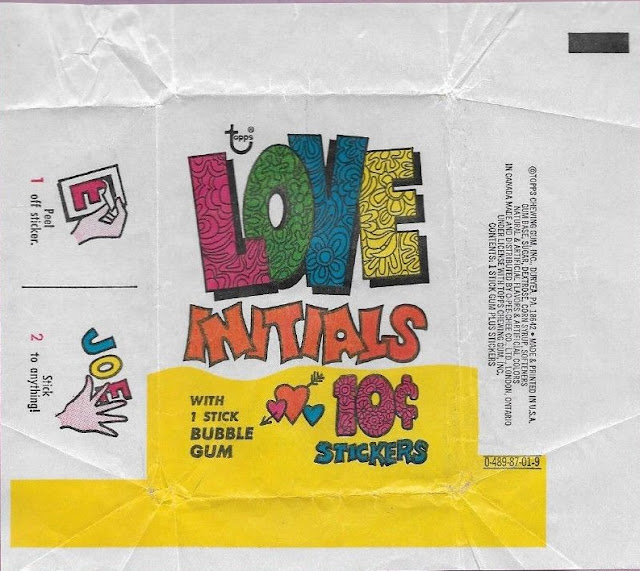 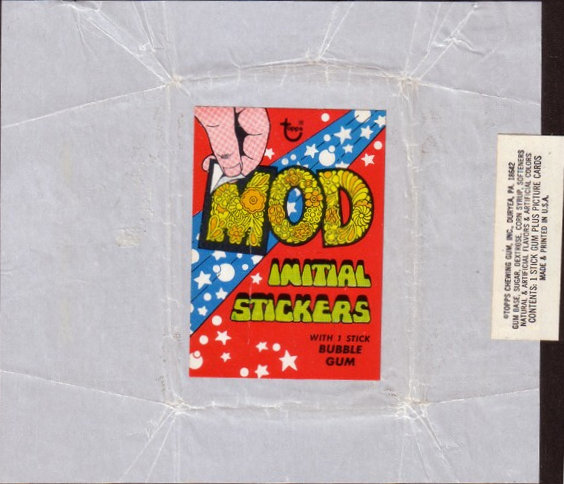 All the Love/Mod packaging indicates Topps as being in Duryea, so they date to no earlier than the latter part of 1969. What I'm thinking is Mod Initials was the test and Love Initials the retail product and the 1972 dating for the former is incorrect.  But I dunno.....
Posted by toppcat at 8:00 AM

Topps Love Initials Peel-Off Gum Sticker Counter Display Shop Box - Unrecorded? I sold that box on ebay for just over $120. I've never seen another picture anywhere. My question is Is this rarer than hen's teeth or not? This Topps shop counter display box does not seem to be recorded anywhere and there are not any pictures to my knowledge anywhere on the web. Nor are there any pictures in any reference books I have. I have not ever seen another one for sale anywhere, have you? Apparently the preliminary concept design was drawn up by Norm Saunders in the late 60's. The product number is 1-489-37-01-9 Topps Chewing Gum, INC., Duryea, PA 18642. Made and printed in U.S.A. This box held 24 packets each for sale for 10c. Not much seems to be known about this box even by Topps. It may be unrecorded, a limited production or test run. It was re-issued Mod Initials a few years later.
Any info from anyone would be great. Oh, and I may just have another one...........

Topps has very little detail on production items form this era and really from their origins through the sale of the company to Eisner. These boxes are indeed rare and I believe they only had one print run each year of issue. This si the only one I've seen of this title.

Box designs could change before issuance (see Mod Squad) and in some cases there could have been two designs. Topps did different things in different retail spheres and the reasons are lost to time.