I know a good trend when I see one.  After highlighting some Al Capp work last time out, this week brings us, quite serendipitously, to the intersection of Topps annual Valentines Day themed sets and Jack Davis.  There's even another trend at play as this is a two-parter on the VD front and if you really want to to push the envelope, Davis was part of EC's "New Trend!"

Davis did quite a bit of work for Topps over the years but made his first big splash with 1959's Funny Valentines.  This 66 card set marks the beginning of an annual Valentines Day set  being issued by Topps and set quite a high bar. This well-known issue came out in the year I consider to be the first to begin serious overproduction by Topps and is easily found today: 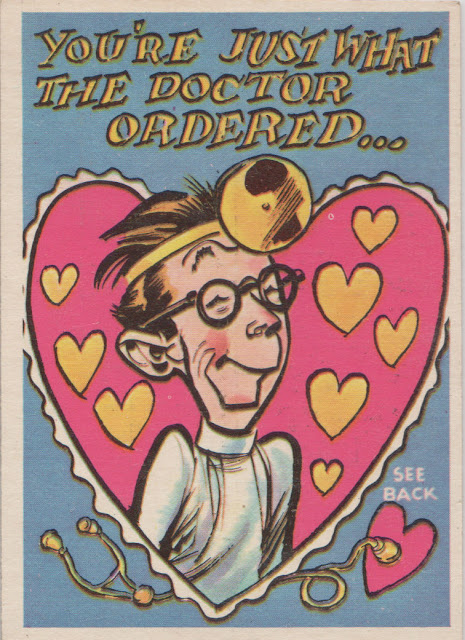 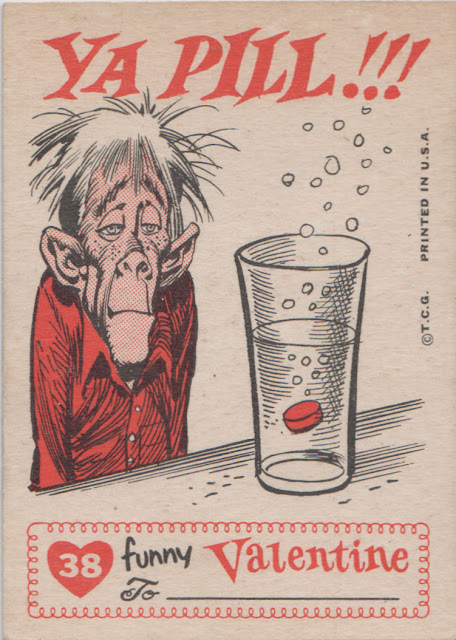 The wrapper is another bit of Davis awesomeness as well. With 1959 falling squarely in the middle of Monster Mania in the US, who not feature Frankenstein on it, and from a scene that was censored for years from the original Universal movie: 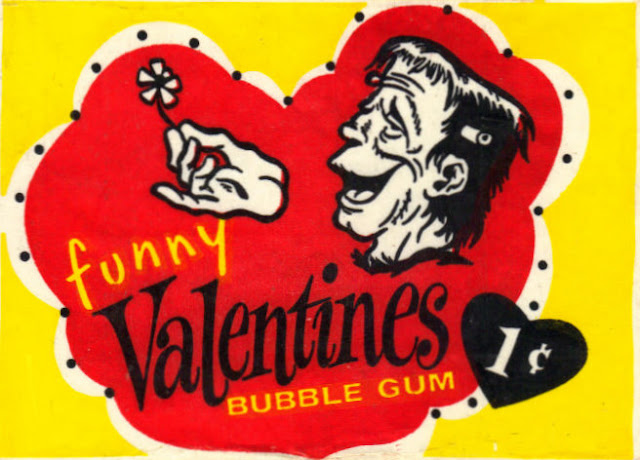 As we'll see down the road, Frankie would return.  1960 brought another set of 66, sporting an "A" suffix after the card number: 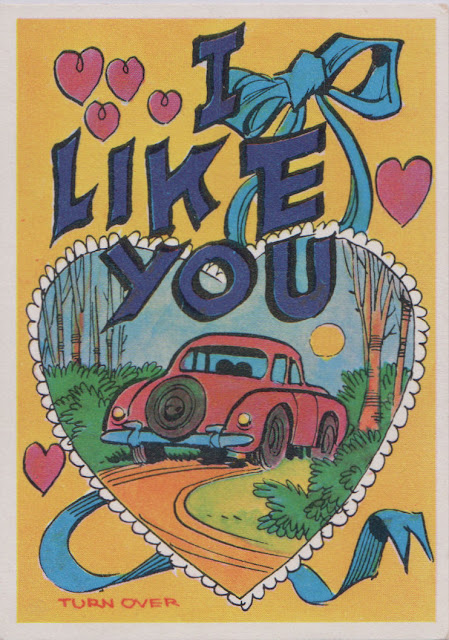 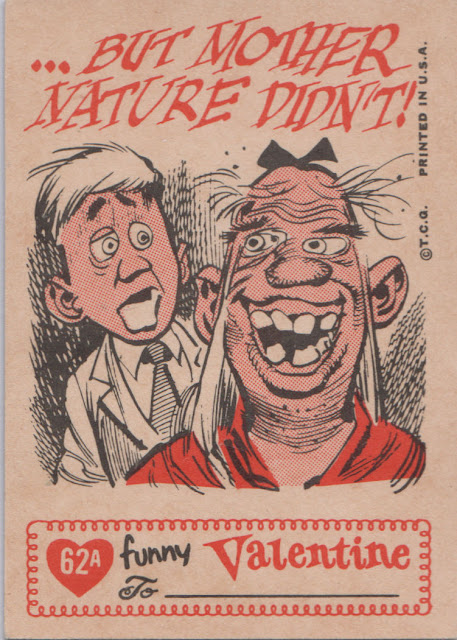 The wrapper art the second time around was much less monster-y and more cutesy: 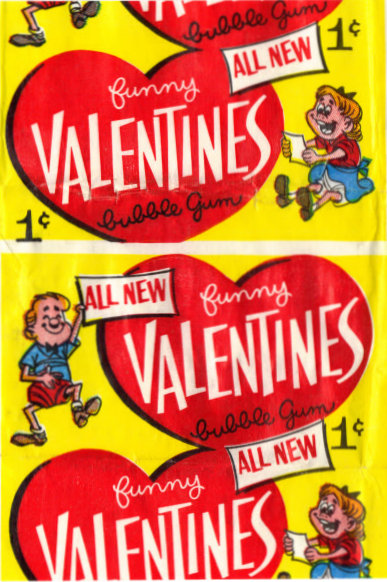 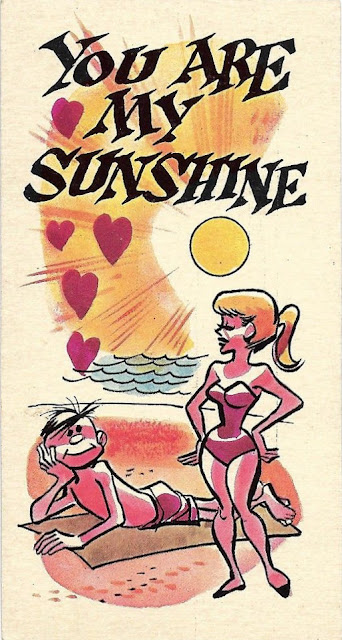 We are leaving Davis-land it seems, at this point: 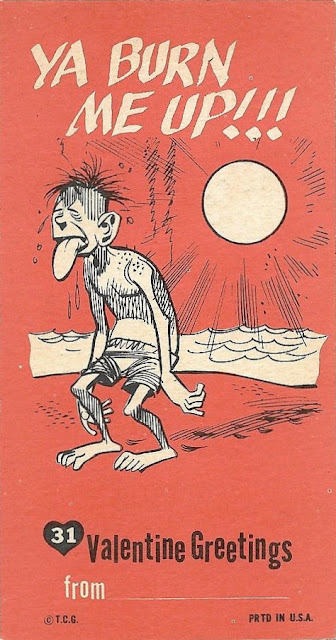 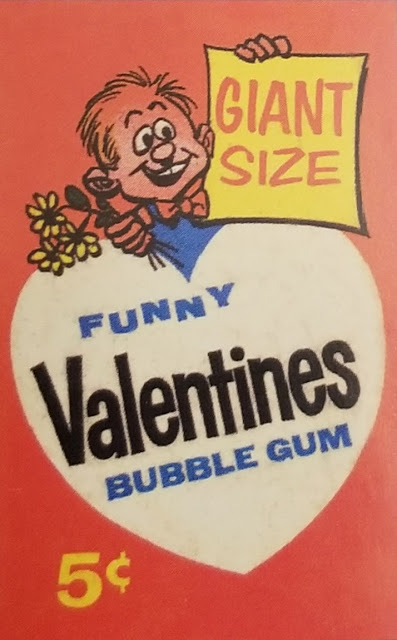 The 1962 issue changed things up by offering a series of lesser-seen stickers that appear to have been executed by Wally Wood. 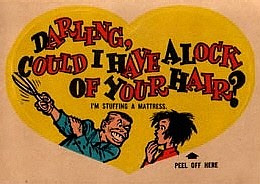 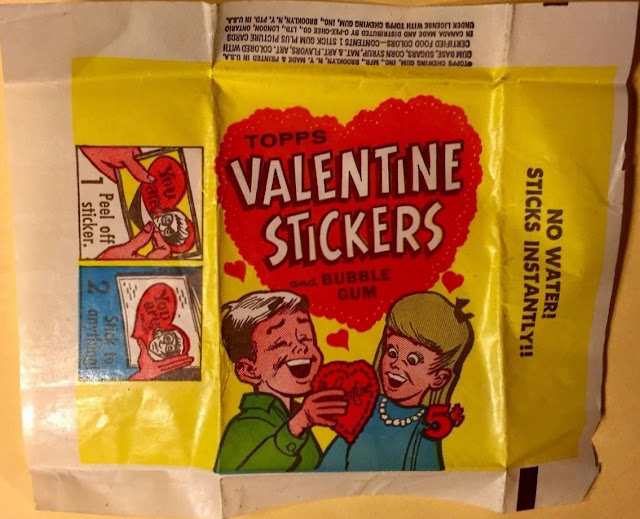 Topps would roll out a different type of Valentines Day product in 1963 and then it would get weird for a couple of years.  More on that next time out!

Any idea what the original Davis artwork size was used in producing the funny valentine series and the Funny Monster You'll Die Laughing series was? Jack was a good personal friend and I think I asked him this once but forgot what he told me. It was interesting how later in life Jack thought his art work for those cards was not very good.

My understanding is 2x original was often the optimal size for original art. This may have varied a bit over the years and I haven't really corroborated it.