Today's episode is a confluence of a some older and newer threads on the 1968 Topps Giant Stand Ups set, a legendarily rare issue that is seldom discussed and even more sporadically seen.  I've presented scans of about half the set previously and thought it would be nice to top that off with a  fully annotated checklist as Friends o'the Archive Keith Olbermann, Al Richter and Bob Fisk have been kind enough to send the completing scans.

This is the checklist and it's worth noting the set appears in issued, die-cut form and also in proof form, which are thinner and have no die cuts.  Either is hugely difficult as these are among the rarest Topps cards ever issued:

As noted previously here, Rusty Staub and Jim Wynn are just shown as being with Houston; using the name Astros was a no-no for Topps until 1969 due to a trademark dispute between Monsanto and the team. Houston is an odd choice for two players representing the team as well. I get the extra player from Boston and St. Louis, teams that met in the 1967 World Series and even the Twins, who had been in the Fall Classic in '66 and were a game back in '67 but Houston was a 9th place team!

Also odd is the position distribution.  There are no 2nd Baseman at all, the NL is lacking a Shortstop and while they had four Pitchers represented, the AL had no one to catch!

Looking at it a little more closely, every player in the set was a 1967 All Star selection and every team has at least one subject, so that makes sense, but there were 53 All Stars selected that year and if you wanted to overweigh the NL team, the Giants had finished in second in 1967, and while a good ways back in the standings, they were a strong team at the time.  The Cubs were also good in '67 and with only a single NL pitcher include and Fergie Jenkins would have been a pretty obvious choice.  As an aside, did you know that Jenkins never was on a team that made the postseason?!

So what happened with this set's player selection?  My own guess is that Topps loosely planned a second series, although it's debatable whether another 24 players from the All Star rosters would have been all that interesting:

I guess we will never know.  So on to the rest of the visual checklist (click the Label for this set to the right to see images previously shown).

These are courtesy of Keith Olbermann-Catfish Hunter has an airbrushed logo due to the original photo showing him in a KC hat and of course the two Astros had their lids wiped : 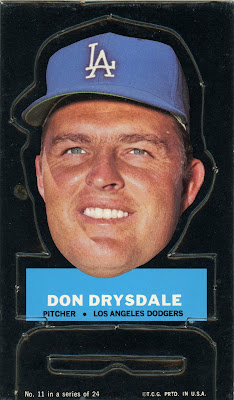 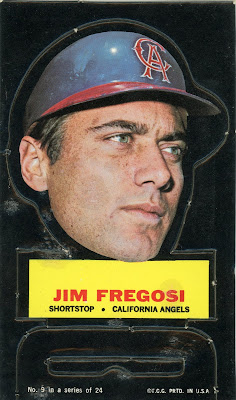 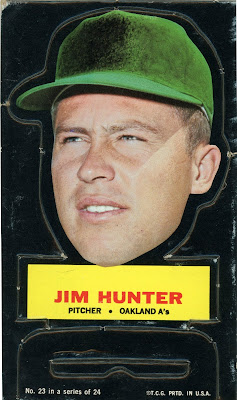 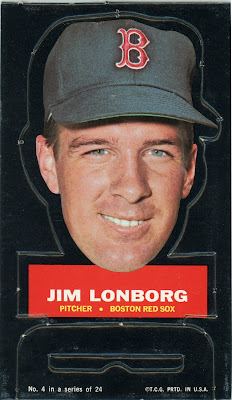 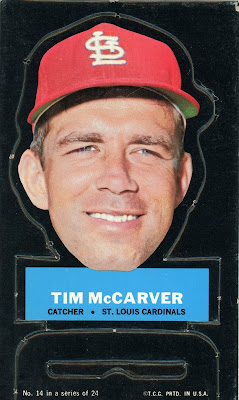 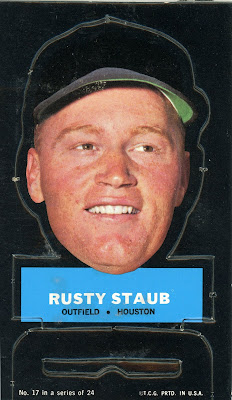 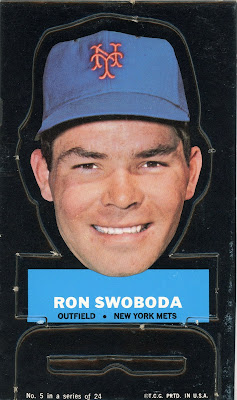 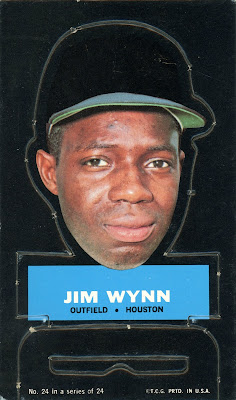 Here is a Clemente (proof), from Bob Fisk, another guy with a drool-worthy collection: 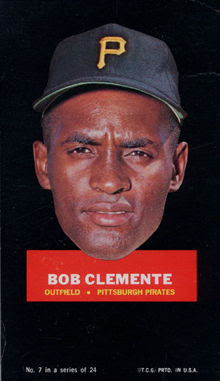 Here are the remaining three, courtesy of Al Richter.  A couple are proofs and that Cepeda might actually be a repro, although Al warned me it was a low-res scan.  Actually every Cepeda I've seen looks like the original picture is pixellated: 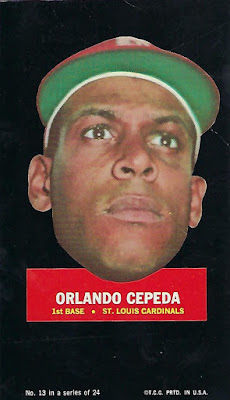 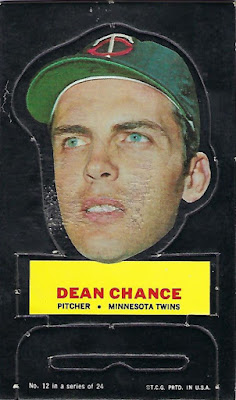 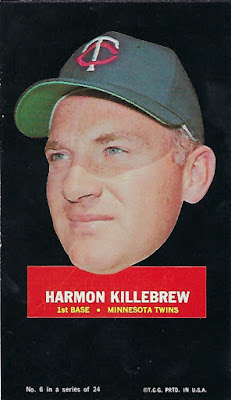 PSA has graded a total of 22 of these suckers.  Are they the rarest, issued Topps pure baseball set?  Could be, could be.
Posted by toppcat at 8:00 AM

Recently saw a handful of these at a show. Really need to get a Lonborg