Well it's been just over a year since my last post on The Card Collector and now that I've dusted off some more issues, I thought I'd share some additional fun facts.

I don't have a full run of issues but I did note that sometime between issue 11 (5/15/61) and 16 (12/30/61) Woody Gelman turned over the editorship to Jim Zak of Cicero, Illinois, although it remained essentially a house organ for Gelman's Card Collectors Company, which still published the little 'zine. 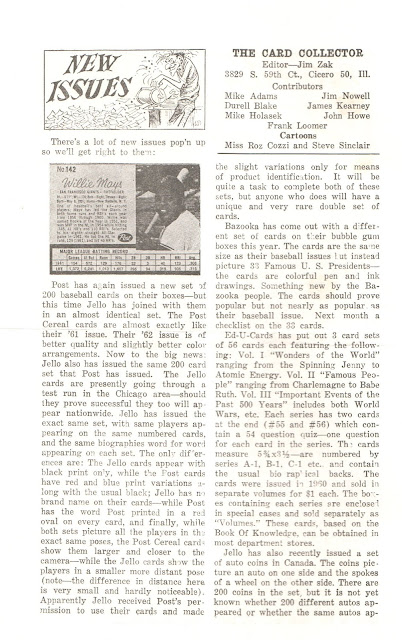 Previously attributed for the most part to 1960, this 33 card sets runs through Eisenhower.  These were issued in the familiar 3 panel package designs.  Here's old Zachary Taylor: 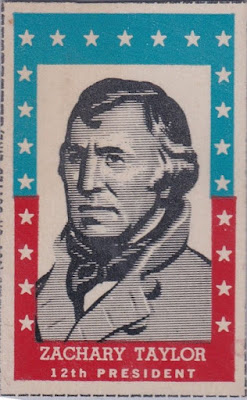 Later in the same issue we see that the 1962 Topps Baseball Stamps were being issued 40 at a time, at least in the beginning. 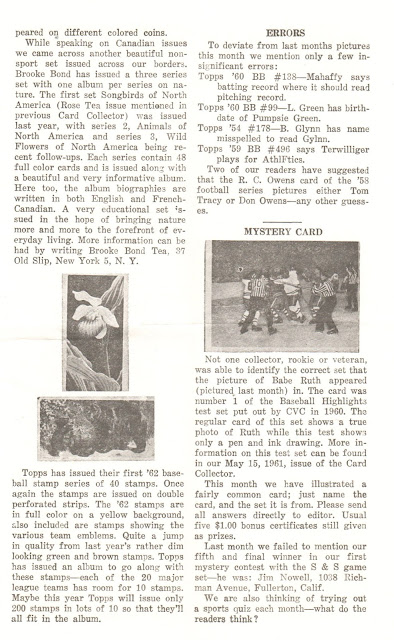 The Stamps did clock in at 200 subjects, although Roy Sievers is shown with two teams (Athletics and Phillies) as Topps corrected a mistake as he was never on the A's. This little hiccup meant 201 stamps were actually issued!

Anyhoo......Fleer's FTC complaint against Topps makes news.  Fleer would win one of their arguments in 1965 before the decision was overturned and they sold all their player contracts to Topps in '66. Topps had 414 of 421 major leaguers locked up and Fleer took exception. 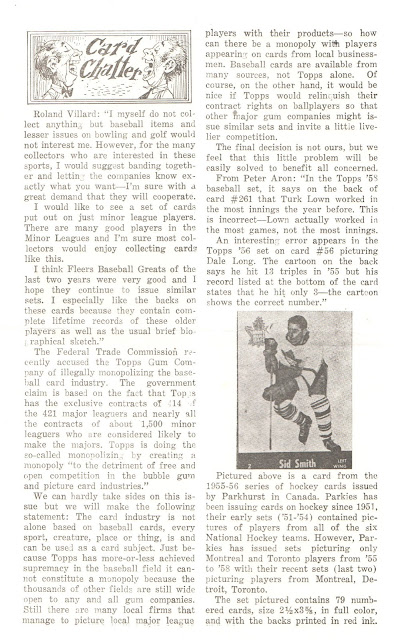 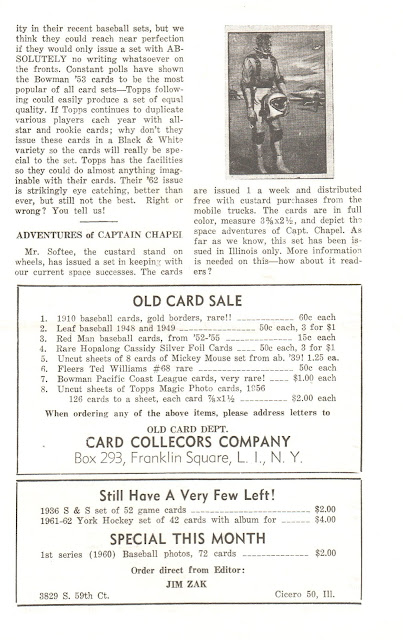 1949 Bowman PCL cards are one thing but 1956 (really 1955) small Hocus Focus cards in uncut sheet form for $2.00???!!!  The $1.00 price point for the PCL cards is intriguing as the recently reappeared 1952 Baseball high numbers (garbage scow, my ass) were going for the same rate.  As it has turned out, the former are a good bit harder to find that the latter.  And I've never seen an uncut sheet of the Hocus Focus cards-the mind reels at what that would be worth today.  Other ho-hum items include T205's, Hopalong Cassidy foils and the rare #68 Fleer Ted Williams card. Jim Zak had some deals too, no? 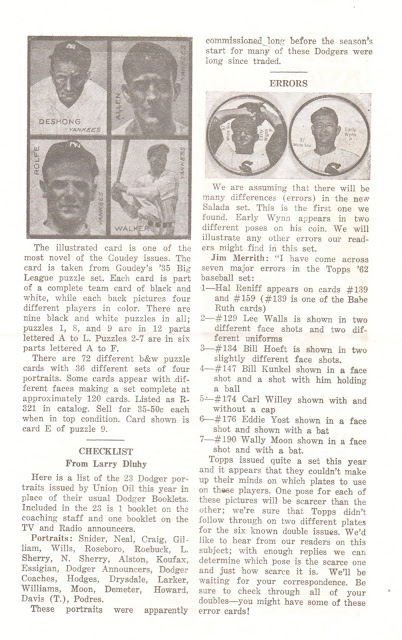 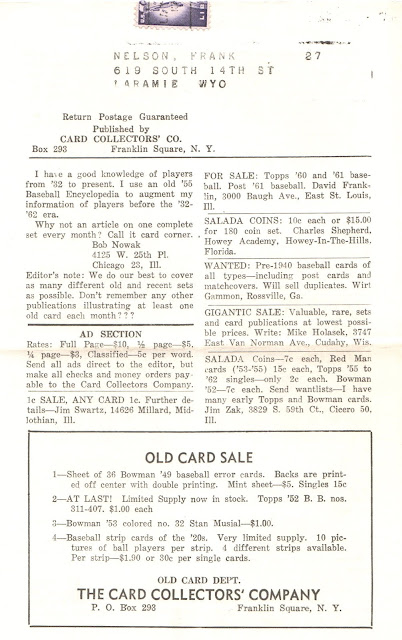 I hope to fill in the missing issues (I have about half of the run) but these seem a little harder to find than some other hobby mags of the day. Some are also very mundane but the hobby was visibly nascent for two decades and the Card Collector was a vital early publication that helped fuel the wide-ranging world of cards that exists today.
Posted by toppcat at 8:00 AM

Love this article and those prices in the CCC ads hah.

Great to read this vintage stuff. Fascinating to see the Topps antitrust issue discussed so early. I'm very amused by them referring to the set of "Famous US Presidents"...as if they left out non-famous Presidents. (The set includes every President up to that point except the newly elected JFK.)