Let's commence with a double of a triple!  After Topps bough Bowman out in early 1956, they continued issuing Blony bubble gum (and probably some other legacy confectionery products) in to 60's and even tried to revive it in the 70's. At a guess it was probably intended for sale mostly in the Philadelphia area and suburbs, maybe down into the Chesapeake, and likely encompassing old, defensive Bowman jobber territory.  Blony was wrapped with Archie comics for a few years in the mid to late 50's and this example is a prime one: 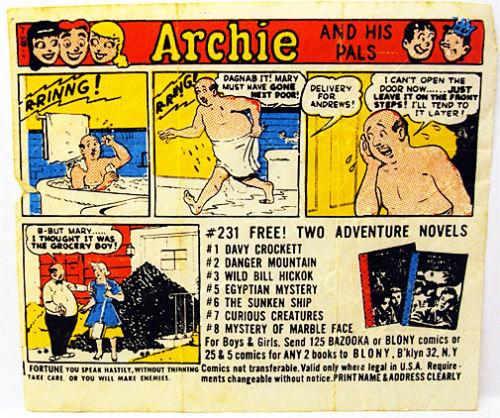 Mirthful comic aside, the real star here is the offer for Triple Nickel Books, which were a Woody Gelman and Ben Solomon production.  Talk about your cross promotion!

An old series of threads on Valentines Day issues showed a single example of the 1962 Valentine Stickers Topps produced for this once annual offering in 1962.  A recent eBay auction, which I happily won, provides visuals for three more stickers, plus a peek at the reverse.  These are very, very hard to find, no doubt partly due to the stickers being used for their intended purposes, namely being peeled off and applied to a plain sheet of paper for a low cost "card". However, they are so much harder to find than just about any other sticker issue from the 60's, I have to think they were not widely distributed and suspect Topps may have pawned off one of their Funny Valentine issues from years prior as well in '62. I hesitate to call my look at these a Visual Checklist since only four color shots are known to me (there is a B&W example of a fifth sticker in the Sport-Americana Non-Sports Guides as well). You can go over to Todd Riley's http://non-sport.com/ and find examples of all of 44 them I believe, as I'm not copying images out to populate a checklist.

Here are the three: 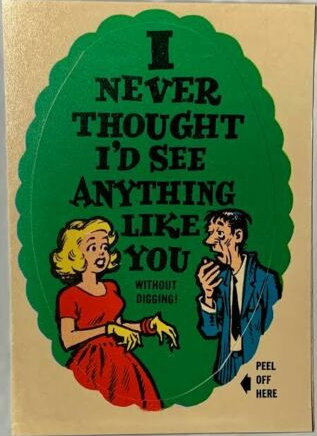 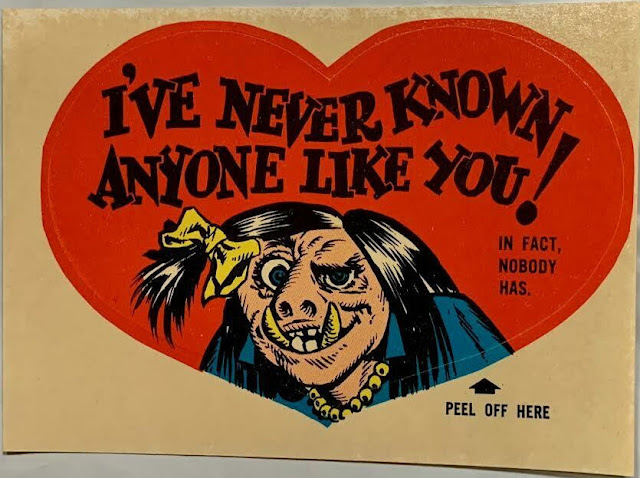 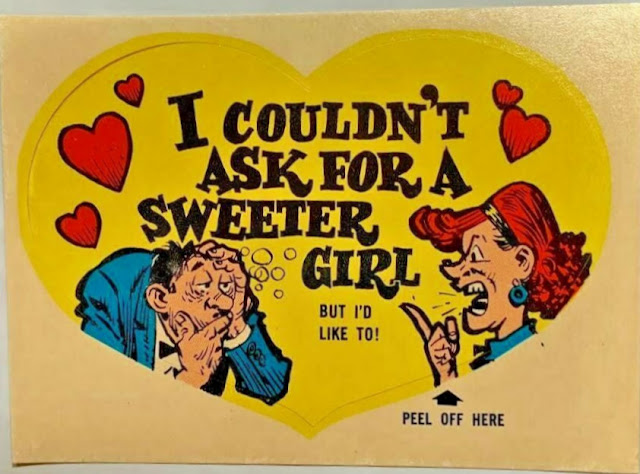 The backs are tan, which is expected but nice to actually see: 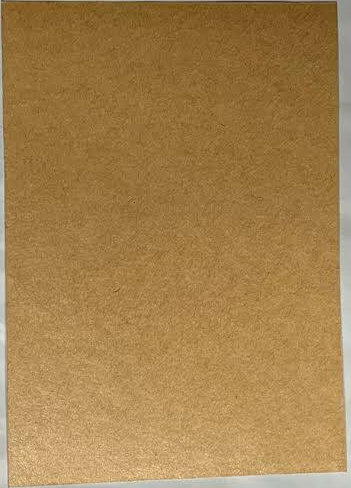 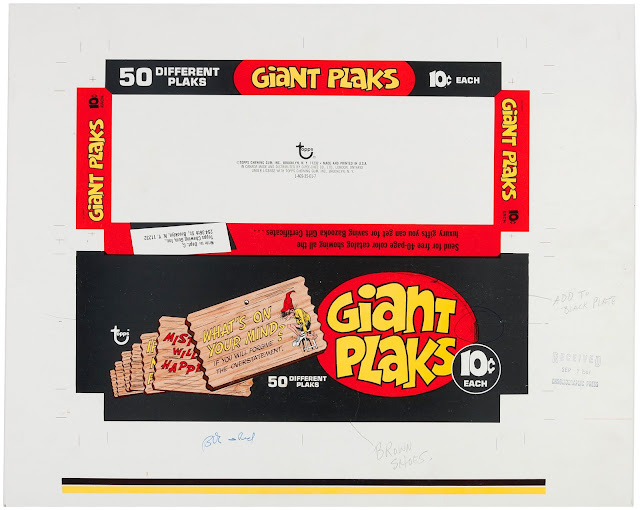 That's the ten cent version that held packs with two plaks of the thinner variety (vs. the thicker ones sold in five cent packs) and it's a set not a lot of people really follow, but at the bottom right of this proof box slick is a very interesting stamp: 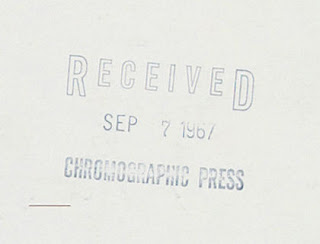 As documented a while back, Chromographic Press was another Topps printer, but it was family owned (by P. Peter Shorin) and I believe it printed mostly oddball issues, a moniker the Giant Plaks richly deserve but this is a mere box flat, so who knows if I'm right. It was shut down prior to the original Topps IPO in 1972 and probably was started up in the early 60's.

See ya in April!