I am back from a very enjoyable three days at the National Sports Collectors Convention in Chicago (my 8th overall and 4th in the City of Big Shoulders).  I ate quite well, drank a little bit of cheer and hung out with many of my friends in what has become a biennial ritual.  I wish I could say the selection of esoteric vintage Topps cards and ephemera was arrayed in spades but alas, I cannot.  Most of the good stuff is routed to auctions these days and the trend is definitely toward more modern cards at the moment, which was amply evident at the Natty.  I found a few oddball items but nothing of note.  My friend Ryan Christoff, on the other hand, made a purchase that still boggles my mind. I am talking of none other than a 1968 Venezuelan Baseball album!

Check this bad boy out: 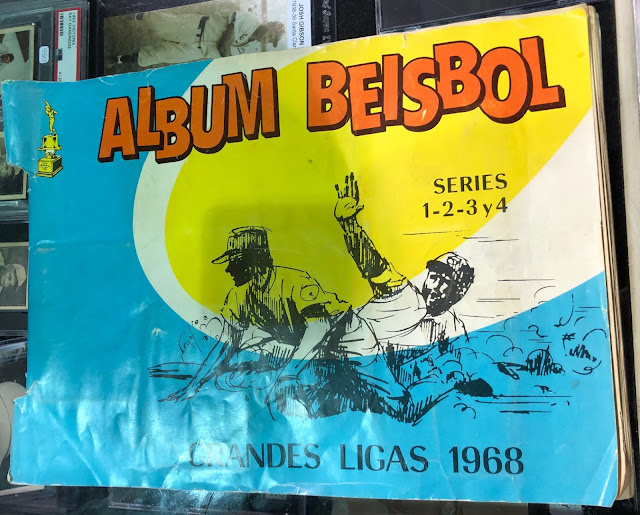 The Rookie Award trophy indicates to me this was likely a legit album, much like the one issued in 1966, although that one replicated the full Topps packaging design.  There are also Venezeulan albums from 1964 and '67. I'm not sure of the legitimacy of either but they do exist (even though I don't have a scan of the '64 edition).

The '68 Venezuelan's (370 across four series) were manufactured in Caracas by C.A. Litoven, as shown on the back of this card: 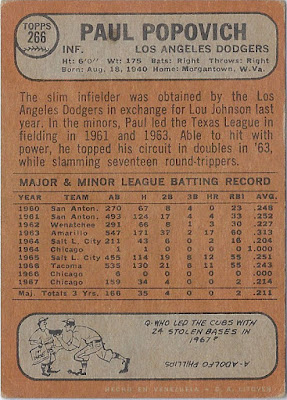 Here's the easier to read indicia:

The back of the album is interesting as it appears to advertise a competitor's product I make it as Gonzalez y Cia), namely an orange gum: 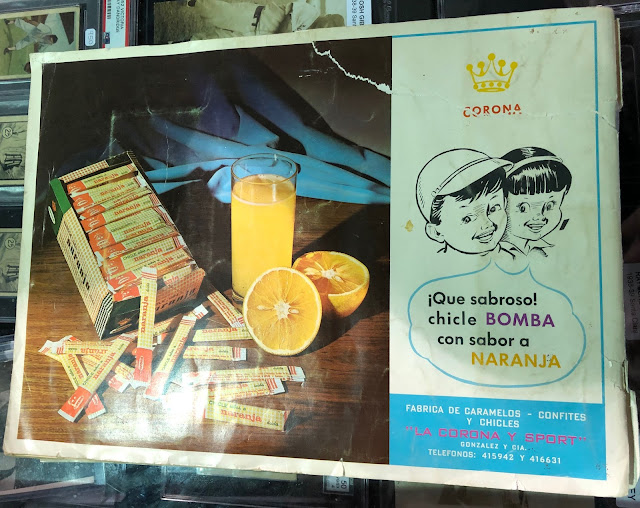 I only managed a couple of interior shots: 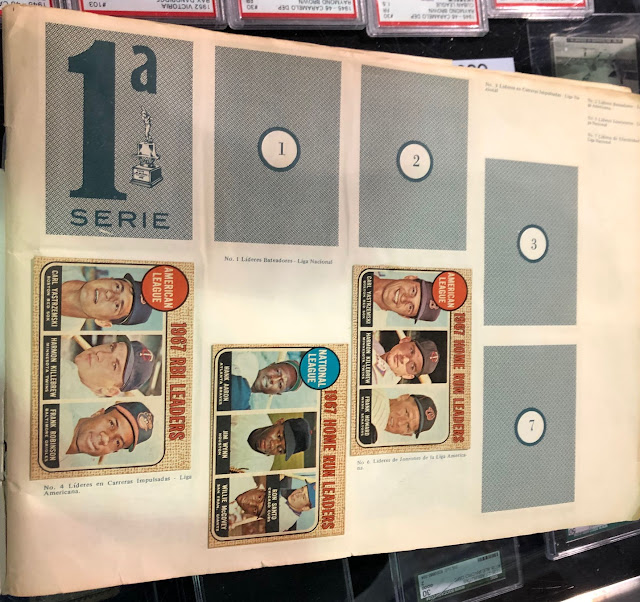 It took some effort to create the album; these were not just blank pages. 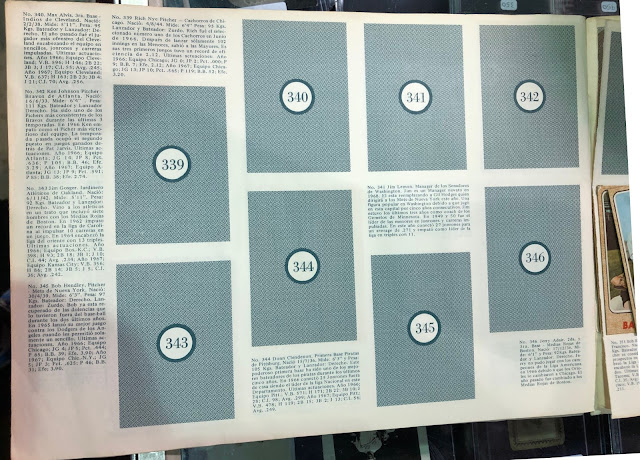 This was it for Topps in Venezuela; bootlegs would be created in the 70's that were passed off as or assumed to be officially licensed Topps product but it's all BS after 1968.

Josh Alpert, who along with John Rumierz is the king of Venezuelans, also posted some shots and commentary over at Net54.  We took these pictures around the same time at the National (Hi Josh!) but his came out better than mine!