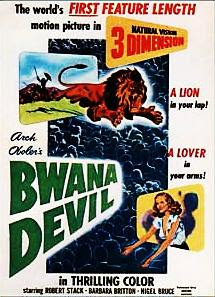 Always hated those because my vision is unequal so all I see is red.