For reasons that are, as yet, unclear to me, I recently decided to target the short prints from the uncut sheets containing the 1970-71 Topps "Tall Boy" Basketball set.  I've always liked the cards and collected them as a kid (and now, as an adult) and had scans of two of the four half sheets that make up the set.  Friend o'the Archive John Moran provided 15/18ths of the other two (Huggins & Scott also had a hand) and I can tell you it's a very strange way to print a set, at least the first series.

Mind you, the SP's are all well known so here's the straight dope: 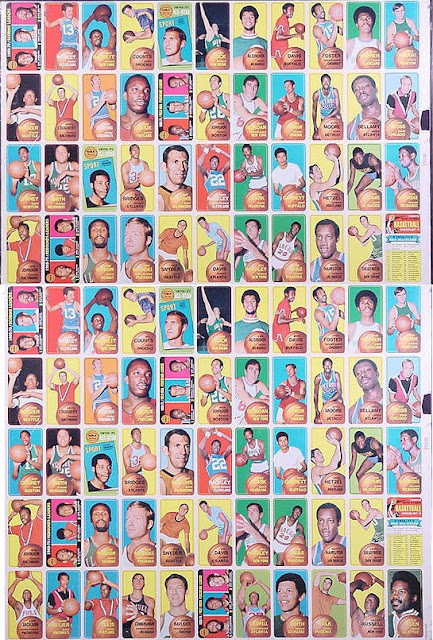 That's the A slit of the first series.  Here's the B: 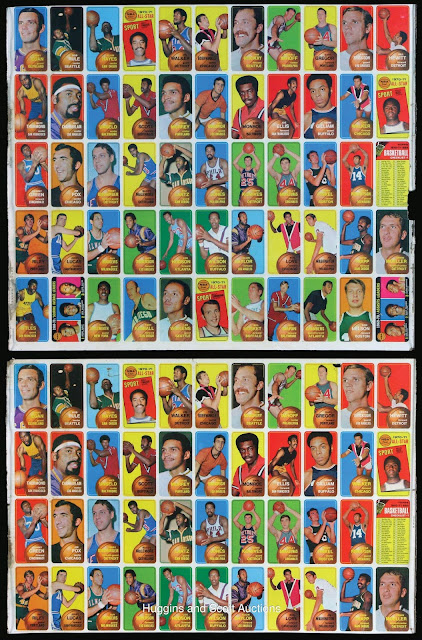 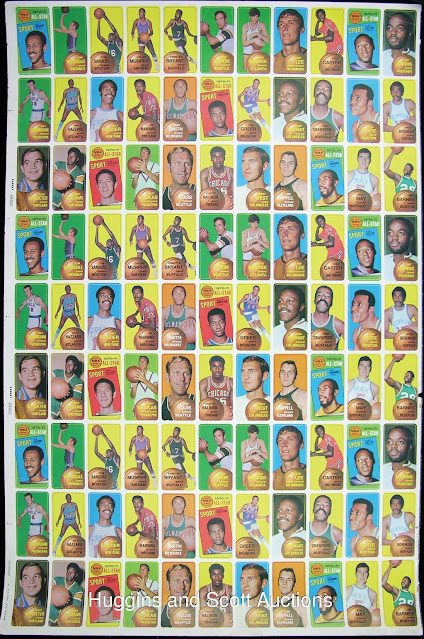 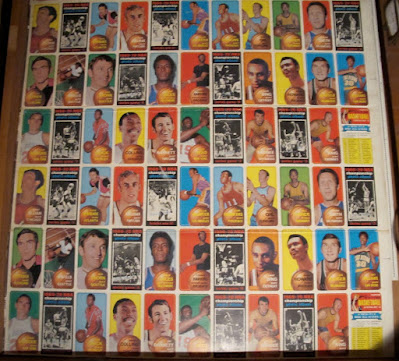 First series first.  Here's a schematic I made of the A slit: 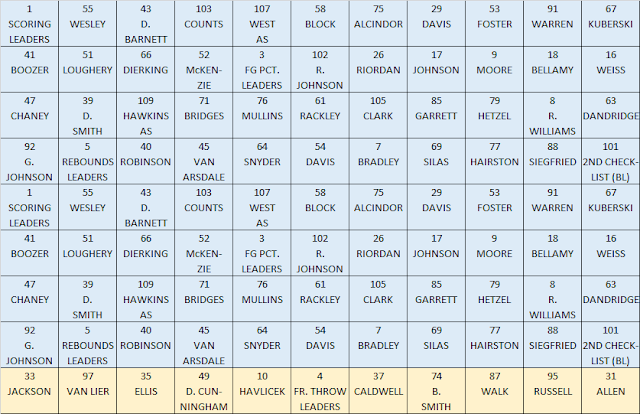 The subjects shaded in blue are double prints, the yellow subjects along the bottom are all single prints.  Note the there are two 2nd Series Checklists on this slit and it features both the front white and black letter variations indicating the 1970-71 season.  Dese are dem: 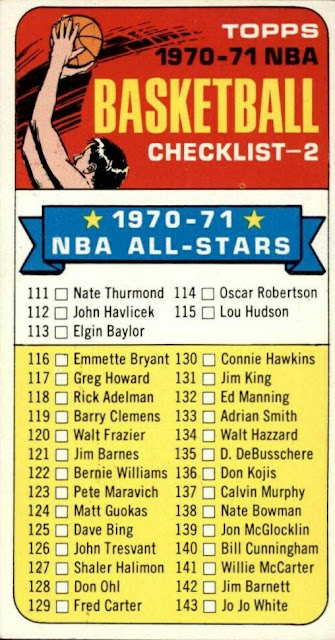 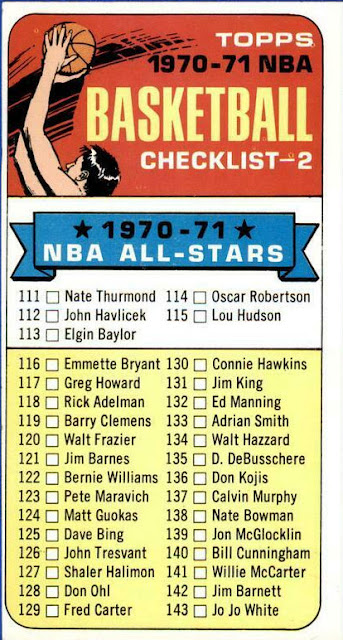 Backs are the same for both: 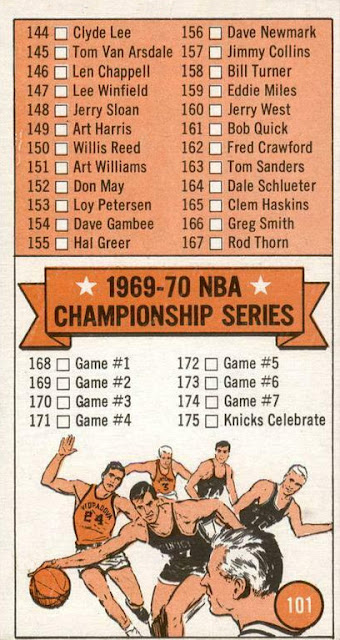 So each variant second series checklist is esentially a single print! The B Slit has the same array but with all different subjects: 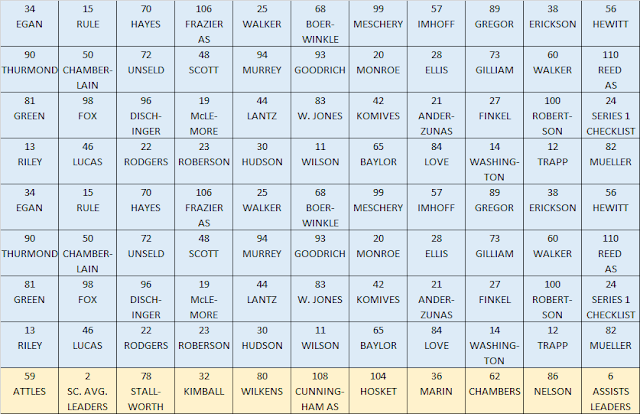 That makes a 110 card first series, with 88 double prints (2nd series checklists be damned!) and 22 single prints.  The 1st Series Checklist is a true double print: 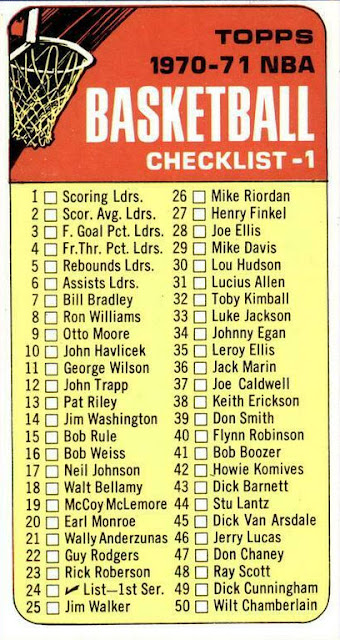 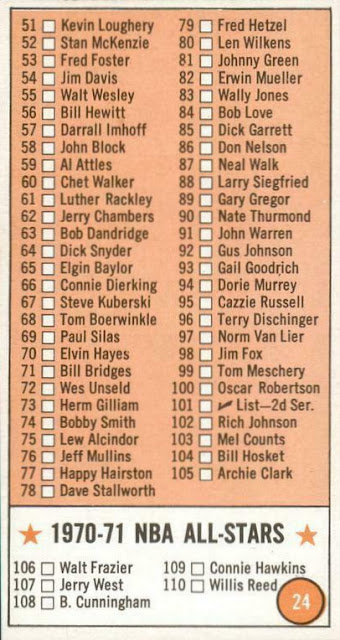 When we get to the second series sheets, things, as you might have surmised already, change.  Herewith the A slit: 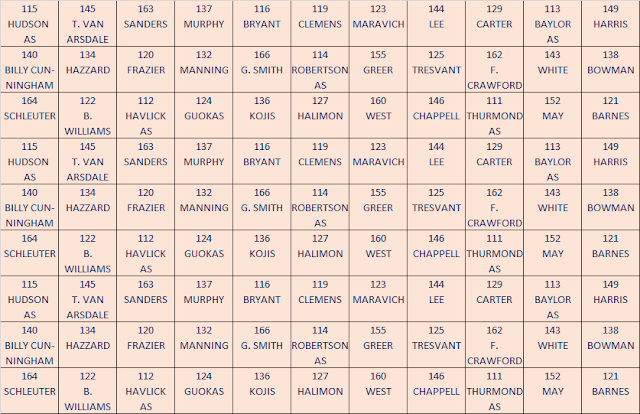 It used to be the highs (commons at least) were 50% more in price than the lows.  If that's the case, less high numbers would mean those triple prints are not quite as "triply" as they array suggest.  Maybe more like 2.5 Prints!
What I don't get is why Topps had the bizarre array for series 1. If they were seeding the first series sheet with a couple rows of second series cards and then "lagging the checklist" it would make sense.  But that didn't happen, they went with 110 (well, 109 with the 2nd Series Checklist duo) and 66.  They could have just done two 88 card series and given us 11 extra prints per slit. The only explanation I can come with is that Topps made it harder to find the 22 Single Prints on purpose.
I actually posted a proof (purportedly from the 1989 Guernsey auction) with the two SP rows ahile back-it seems Topps ultimately segregated them, one row per slit but I wonder if similar proofs for other years and sports hold this type of clue regarding short printed cards in a series? 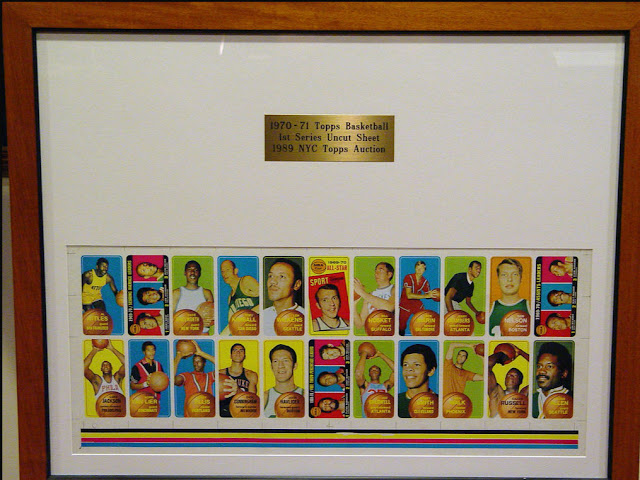 I can't find that proof in the auction catalog but I'm told a lot of items were ultimately sold that never made the catalog.  Or the little plaque is wrong but it's a bummer as I wanted to see the hammer price.  Oh well...