I just received in the mail not not one but two copies of an old card catalog I have spent an eternity searching for. Feast or famine one would think but no, merely a misspelled search term on my part. I won the first in an online auction and found the second literally the same day once I straightened out my search. In 1977, this was the state of the art in the hobby checklist and price guide (a series of errata pages) category, pre Sport Americana: 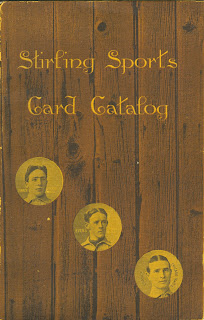 I wanted a copy as Mr. Stirling had created his own coding system within, essentially a modification of the ACC system; something I had known about since the early 80's and wanted to take a gander at. Finding a copy of the book was nigh on impossible in the pre-internet days but we live in wondrous times. Mission accomplished times two!

After availing myself of the Stirling system nomenclature, I was leafing through the book (as I am wont to do) and found a few references that will lead to further posts here in short order. The most amazing entry though, was one concerning the very rare 1970 Topps Cloth Baseball Stickers and I thought a quick look at this esoteric set was in order. 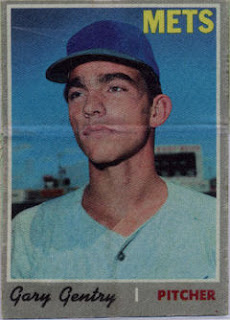 (from the collection of Bob Fisk, as are all of the stickers shown here today)

Almost certainly undertaken as a materials test, these stickers are taken from a second series (#133-264) sheet. Most mainstream checklists over the past 10-15 years had the set checklist at about 15 stickers. It then went to 22, with another 22 possible, then more and more of the possibles were uncovered. It was thought 44 would be the upper limit but the Stirling book had 66 known as of 1977. That is far more then have been checklisted.

Some of these are partials: 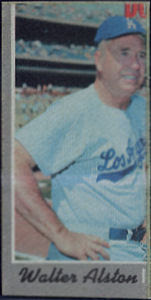 I must say it is unusual for something this close to Topps printer's scrap to have entered the hobby but this set has a number of partials known, not just ol' Smokey.

The backs sometimes look like a standard sticker back: 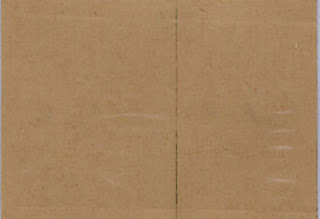 While other backs have been seen with printer's proof bar colors "rolled" around onto the backing. 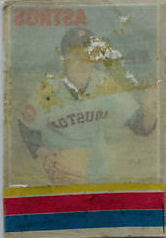 I'll keep digging for the full checklist on this set. There is a Net54 thread on this set here and it has probably the most current checklist around. It's well worth a look. I would guess no more than 2-3 copies of each sticker can be found, if that.
Posted by toppcat at 5:27 PM

I have a 1970 McCovey cloth sticker as part of my McCovey collection. Was purchased about twenty years ago from 707 Sportscards.