Friend o'the Archive Mark Hoyle sent along, quite a ways back, some scans from the early 70's that are of interest. Mark's mother worked at a pharmacy in the hazy, crazy 70's and occasionally brought home a few goodies for her son, namely: 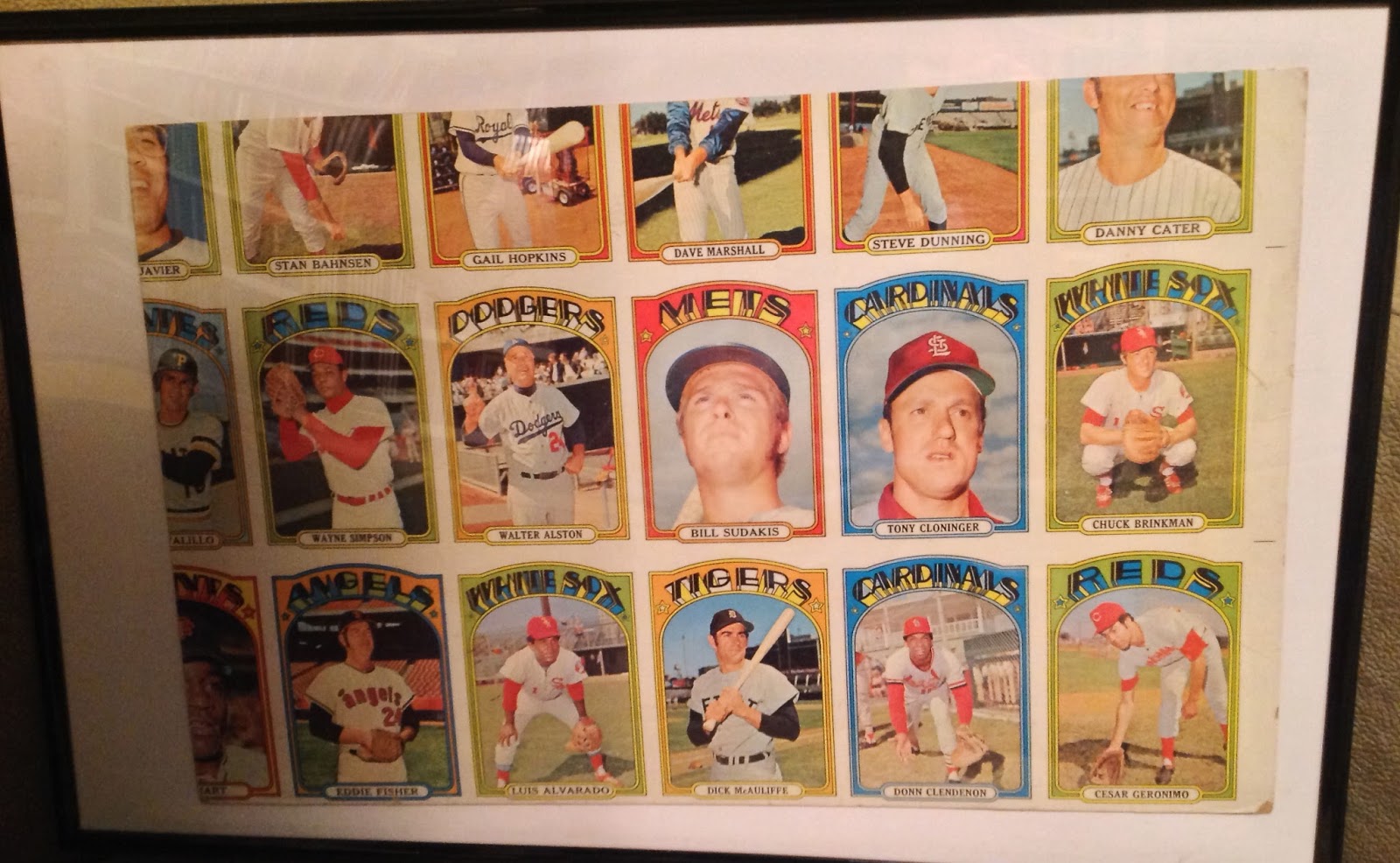 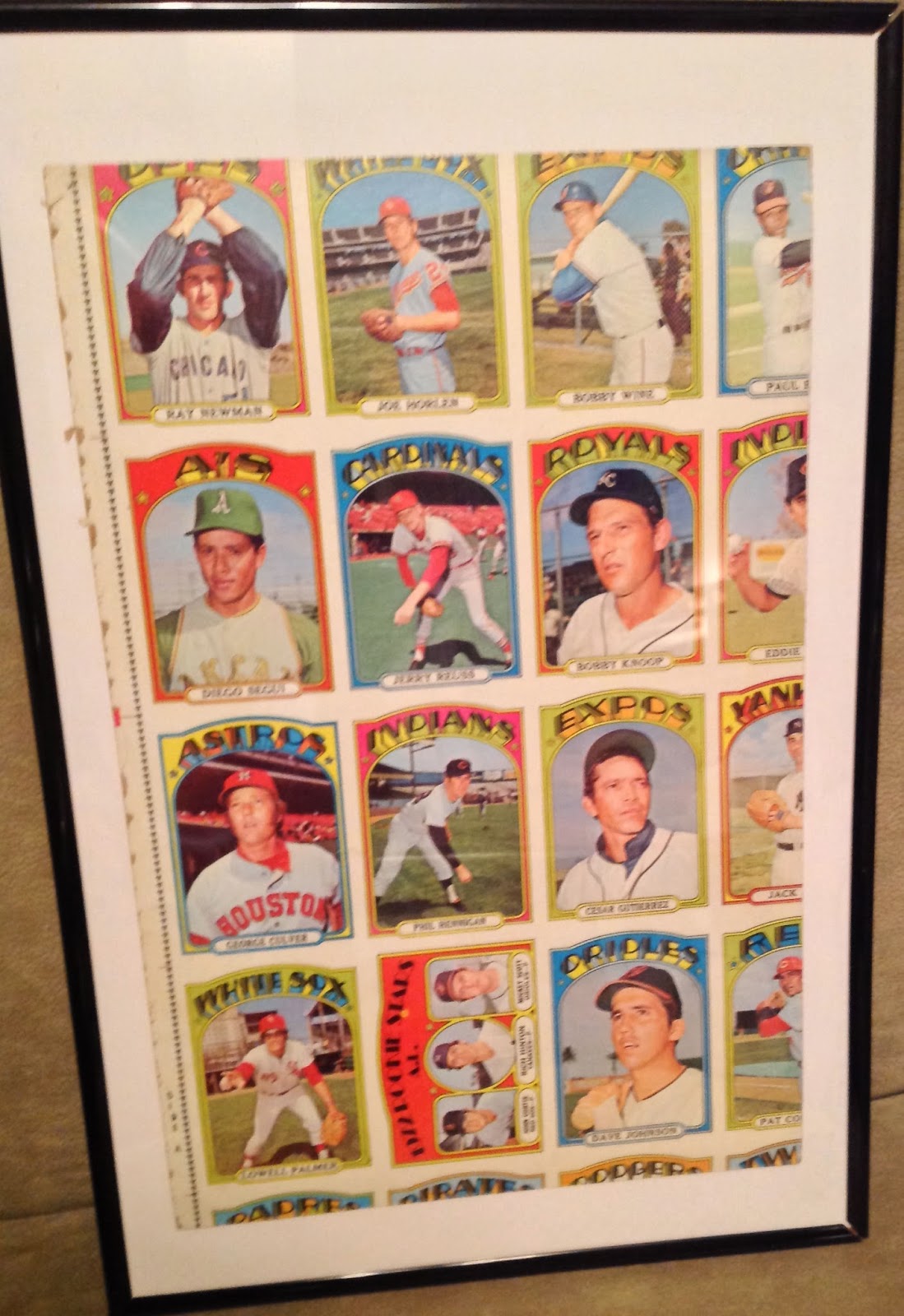 Those little partial uncut sheets (showing the extreme right and left edges methinks) came packed in retail boxes that arrived at the pharmacy...but the boxes were from 1974!  I guess that means Topps saved up old waste sheets and used them up when needed, likely to fill out some air in a box prior to packing and shipping. The examples above are from the high numbers by the way. Perhaps Topps kept an old pallet or two of sheets around in case a few more cards could be sold?  It's a little odd but the very act of their holding onto something a year or two past its retailing occurred quite a bit back then.  Witness all the Fun Packs they used to issue.

It wasn't limited to baseball either.  These 1972 Football partials came in 1975 Football boxes: 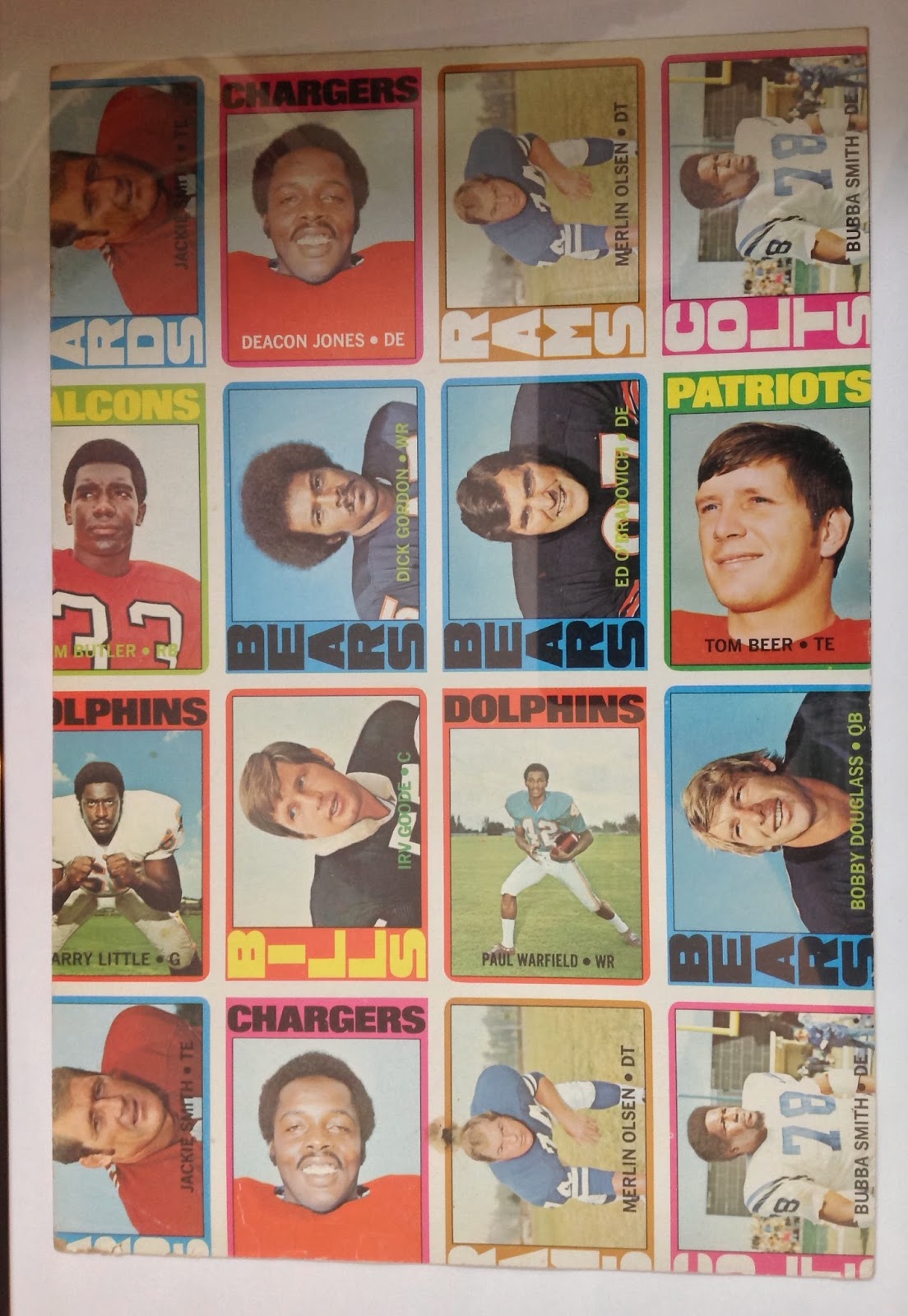 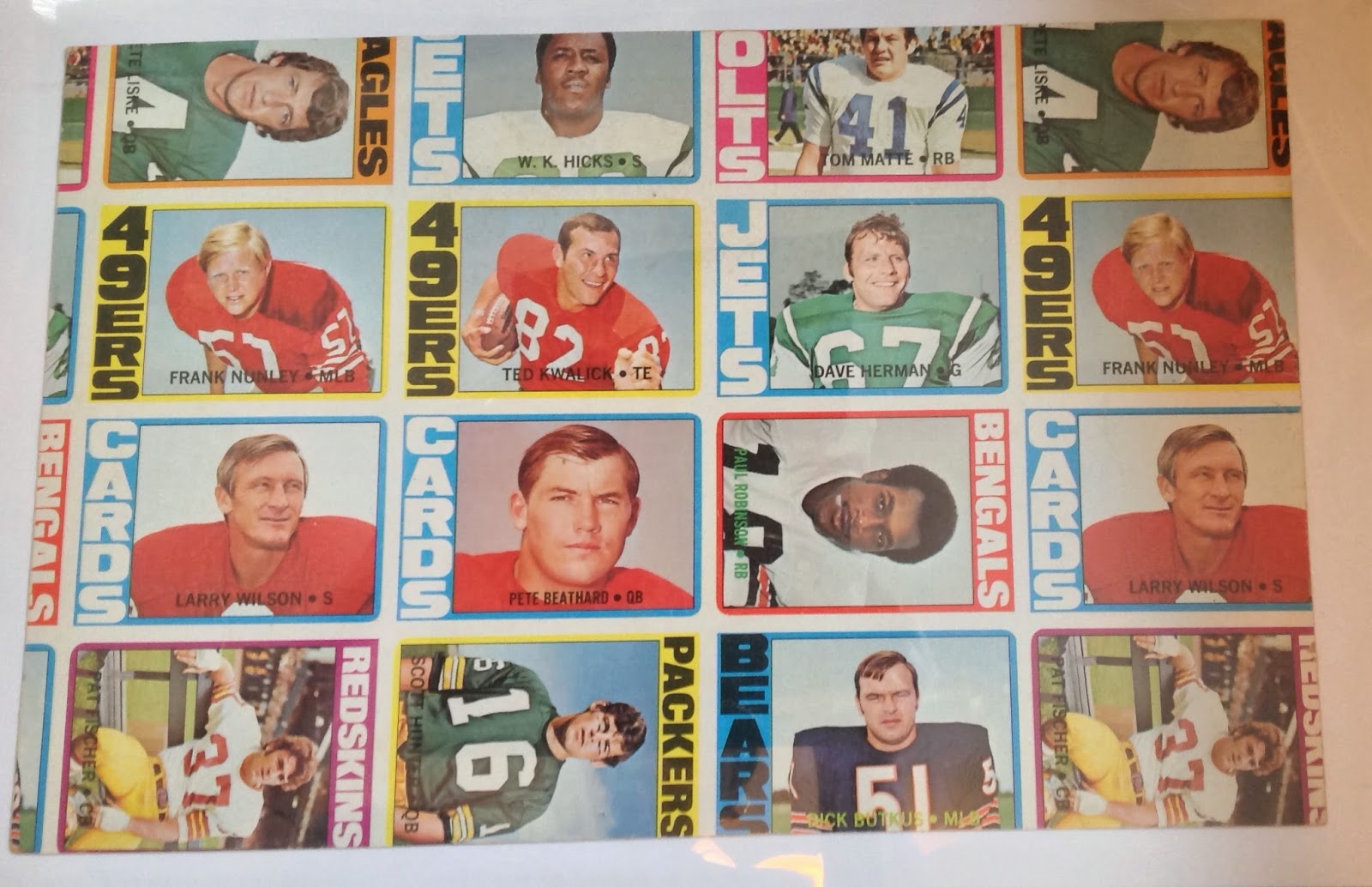 Double Prints abound, as you can plainly see. Unfortunately, these are not from the uber-scarce 3rd, high series but rather from the rather pedestrian 2nd.  Still, pretty neat!

I'm not sure if Topps did this every year (probably not) and suspect it was only when they retrofitted box blanks from one issue to another before adding the graphics and needed some cushioning. Topps was great at making do with what was at hand if a run fizzled out so using a box for another purpose would be right in their wheelhouse.  As for the sheets, they would be shipped to the Topps factory from the printer on large pallets and, if they used the methods in vogue when I was but a 'twee warehouse shipper, would use metal banding to holds the stacks in place. Between the straps and the pallet bottoms and rough handling during shipment, you would have extra sheets from every pallet that came through the door in damaged condition. So why not put them to use?

These are very cool!

Partials or not, those are some damn gorgeous sheets.

Thanks for posting these. They gave been a big part of my collection for a long time