The Dimes,They Are A Changin'

Some pieces from an old Huggins & Scott auction give some insight into how aggressively Topps marketed products, even when they were on the cusp of obscurity.

By 1949 Topps Gum, the one cent, flagship confection for the company since its founding in 1938 was being supplanted at a rapid clip by Bazooka. Nicknamed the "Changemaker" in a clever sales PR campaign, the transition into a Chiclets style candy coated gum nugget was underway by the time penny tabs of Bazooka were introduced in '49. But you could not tell this by looking at some of their promotional materials for the year.

I can't quite make out the date but the below order sheet was included in a lot with other items from 1949, although the canister style makes me think it could be slightly earlier. Nonetheless, it shows the Changemaker nomenclature: 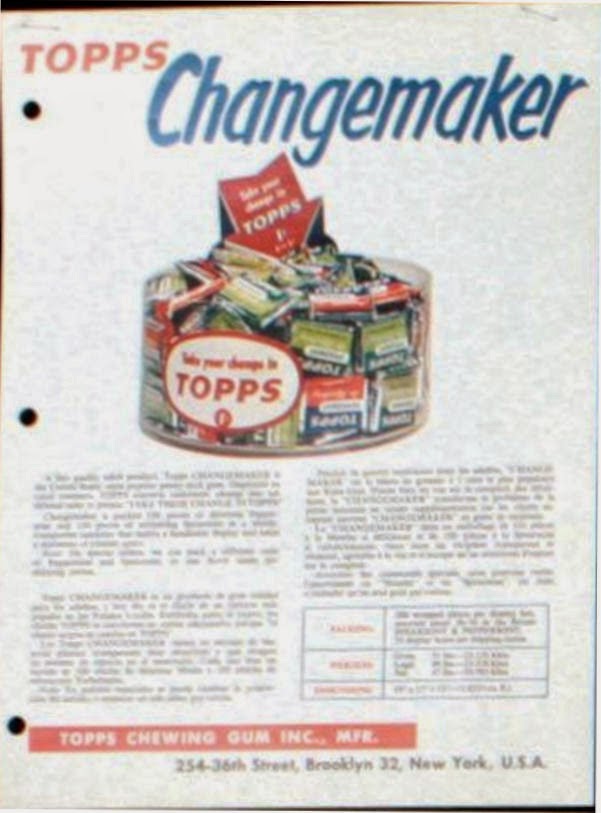 An order sheet with a date of March 12, 1949 is interesting on a couple of fronts.  You can see there is a Bazooka option along with the Topps Gum option. Bazooka was still only sold in five cent packaging at this point as the penny tabs did not show up until around October. More Changemaker verbiage comes through to boot but the highlight for me is the Consolidated Merchants Syndicate logo.  The syndicate brought together over 3,000 retail stores in a network that was almost certainly outside of Topps' old tobacco jobbers: 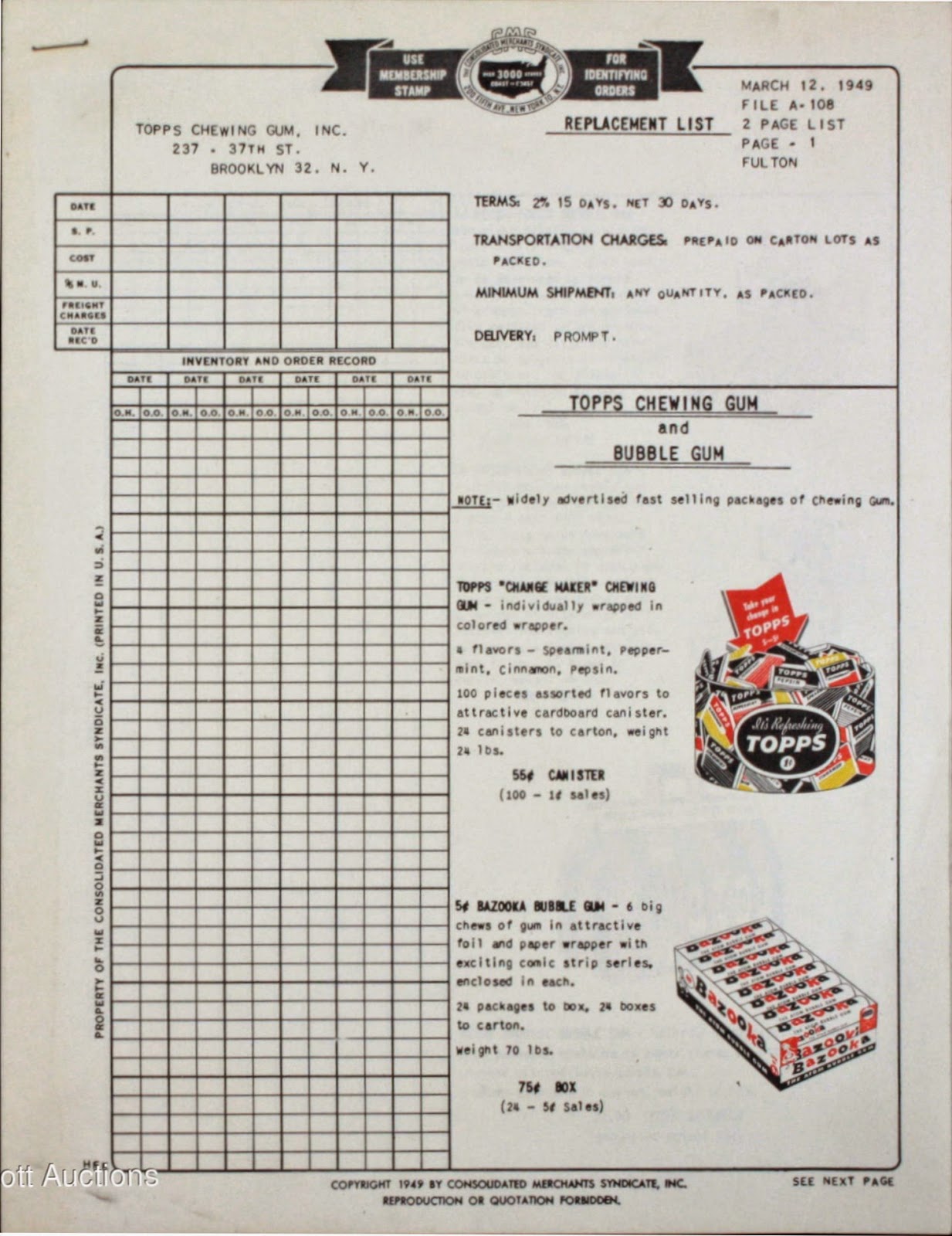 Here is a better look at the logo:

Need a point-of-sale decal?  No problem! 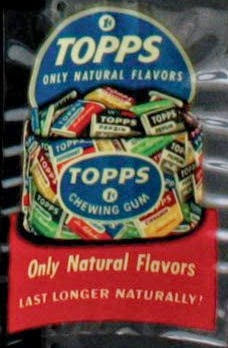 There are many variants of that penny canister. I know of foil and cardboard versions copyrighted 1942 and a foil one with a 1946 copyright.  I'm not sure if a 1949 version exists but it could as the one in this old subway ad remnant sold by Lelands a while ago is akin to the graphic on the CMS sheet: 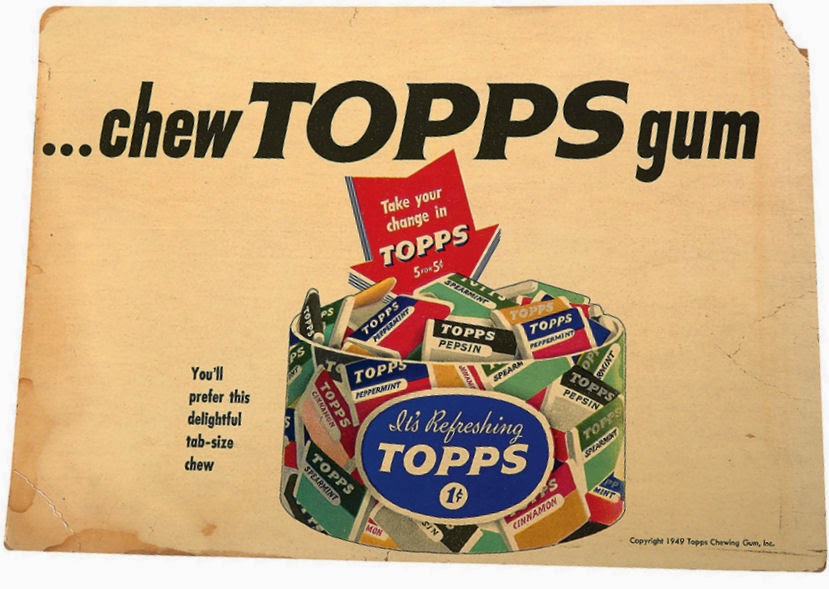 There were still good years left for Topps Gum once it went over to the "nugget" side, although it was mostly distributed as part of US Military rations into the late 1950's.

I'm working to document all of the gum and canister styles Topps used from 1938-49 but it's an evolving project as so many variants keep popping up.  I've been using some Trademark and Patent databases but not all of the information on the brand seems to be available online.  So I'll keep posting here as new items present themselves.
Posted by toppcat at 8:00 AM