Catch Them If You Can

When things get down to the rarest of the rare with Topps, there are a few sets that even die-hard collectors may not know about.  One of these features the Dave Clark Five and it's a strange one for sure.

In 1965 Topps made a pitch to Epic Records for a 55 card set of this British Invasion group. As you can imagine, this pitch was unsuccessful but as it turns out Topps created a number of cards for it.  In 2007, a lot of 43 different DC5 cards went up on eBay for a crazy low $200 BIN. These were handcut from a sheet and the sheer number of cards makes me think the full set of 55 was printed by Topps. I'm not sure if the lot actually sold at that price but if it did it's a bargain for the ages.

The cards are fairly pedestrian and typical for a Topps rush job; a process they had honed with their Beatles releases..  There are black and white photos on the front and a rectangular box on the back with information about the number of cards and their manufacture and copyright.  An Epic records logo completes a short ad for the group below that: 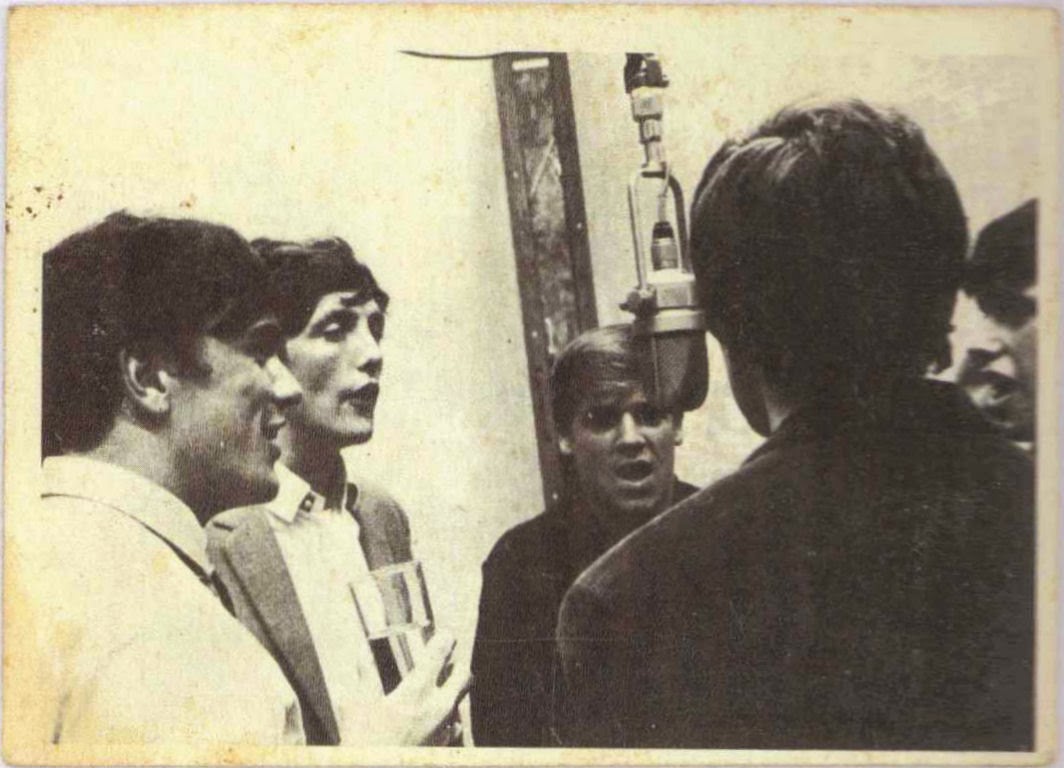 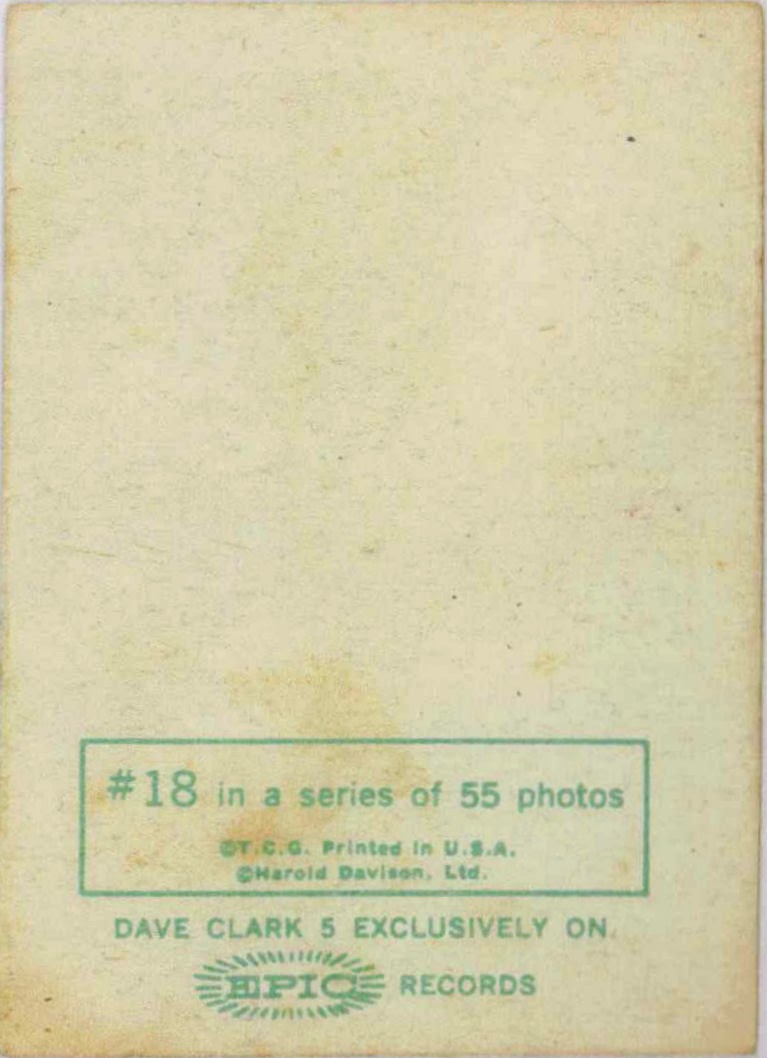 They appear to be printed on very cheap, unstable stock and the example above is apparently lacking gloss on the front.  I believe they are a little bit larger than standard size (2 1/2" x 3 1/2") but don't have any exact measurements at hand.

Card # 18 above is perhaps the most well known in the set.  It was prominently featured in an ad in The Wrapper # 127 (Nov 15, 1994) that mentioned it and three other cards were purchased in a local candy store at the time of issue. The seller was Gary Paruolo and his address was in Franklin Square, New York which was the same town as the Card Collectors Company PO Box (and one town over from Woody Gelman's residence). "Local candy store" likely means the store in Brooklyn near Bush Terminal where Topps tested sets but these were likely never officially issued.

Not that that ever stopped Topps from dumping stock. They were probably sold in cello wrappers if that story is true. Now the idea that one of the "local candy stores" could be close to the Gelman homestead is also intriguing and while I have seen a few references to the Brooklyn shop on Cortelyou Road  that haunts hobbyists dreams, I've never heard of a Long Island version.  I'd love to know where this guy was from!

Topps also tested cards in controlled settings, like the ones in a mall where you sit in a room with a few other people and sample things before you answer some questions, and by handing them out at what we would now call middle schools.  Imagine trying the latter today!

#18 also popped up in a Legendary auction in August of 2013 but it failed to reach the $1,000 reserve. A few others have sold over the years from what I can recall and there are rumors a former Epic Records executive had over 100 of them at one time but no matter, these are rare cards indeed.
Posted by toppcat at 8:00 AM