Wrapping Is A Many Splendored Thing

A short time ago I posted about the 1973 Topps Baseball wrappers, namely the likely subjects of the four different varieties produced by Topps that year. I thought I did pretty well but while my batting average of .500 would be outstanding in the major leagues, it's decidedly pedestrian on this here blog.

As it turns out, Friend o'the Archive Keith Olbermann has some of the original materials used to create the wrappers in his collection.  It's a lot more involved than I would have thought.

First though, the secret identities. I was right about the pitcher (Steve Carlton) and the manager (Dick Williams).  I thought for sure the catcher was Thurman Munson but alas, it's Andy Etchebarren. As for the batter, well it's not Rod Carew as I had suspected (although I did hedge my bet) but as of right now, it's anybody's guess. What do you all think: 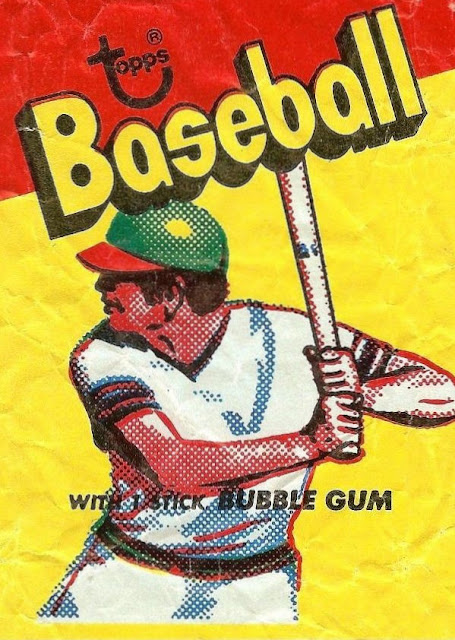 The materials though, are the reason for this post.  Let's look at the manager's artwork. Here is the finished product: 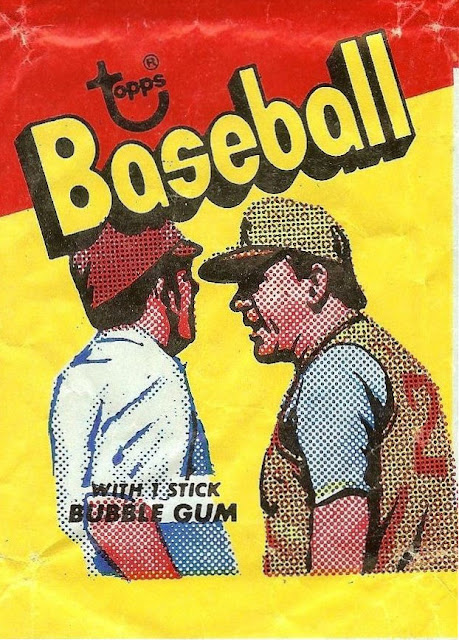 Now I am not going to try and ID the ump. It might be possible but I ain't doing it. And here is how it came to be: 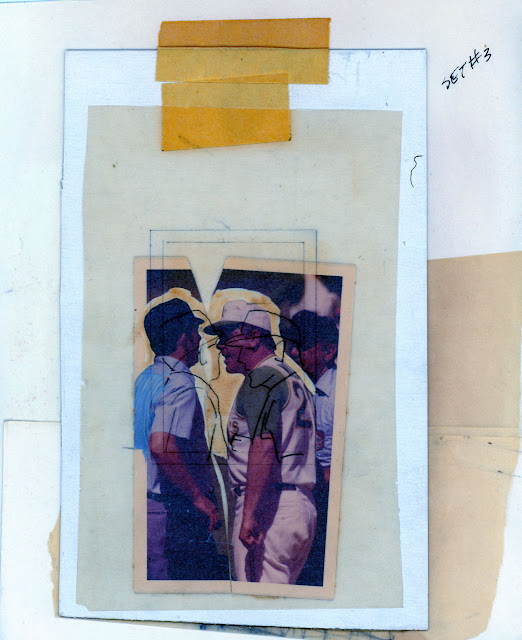 You can see a tracing was made of the left side ump and Williams. It looks like an early attempt at framing the shot was made.  I would say the layers have shifted a little after all this time.

Here is a clearer look with one layer of film flipped up. 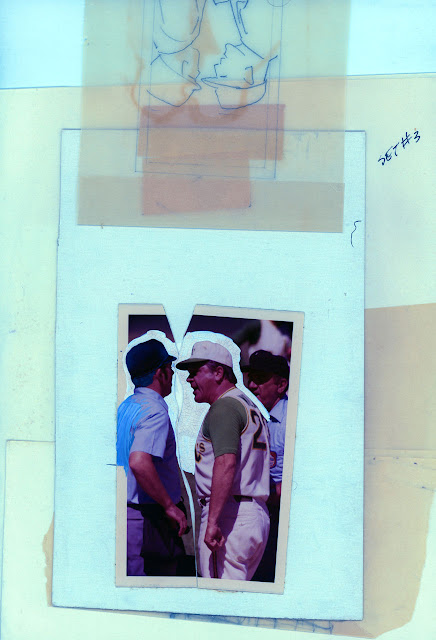 I have a bit of artwork from the 1970 Candy Lids Set that exhibits similar traits: 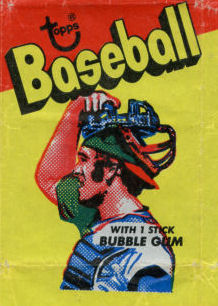 We have only one look at the process for Andy and it's a bit of a messy one, although I like the layout instructions.  Woody Gelman was probably gone from Topps at this point; his distinct, slashing, all capitals handwriting used to relay the instructions to the art department or printer and while one of the handwritten notes is indeed in caps, it's not by his hand (UPDATE 7/27/20: It probably is Woody's "all caps" writing, just neater than normal): 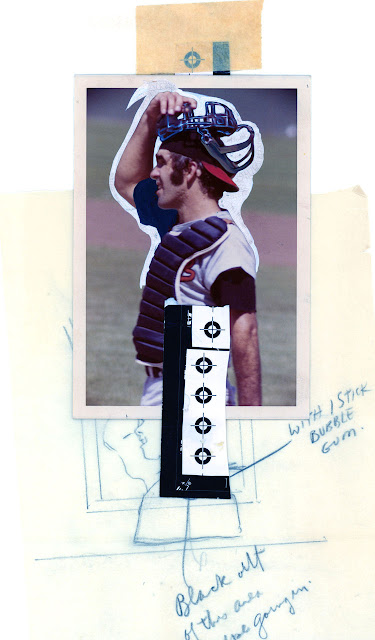 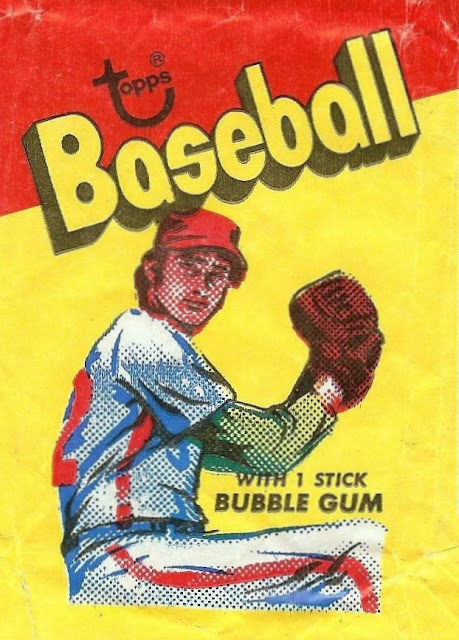 A bit of an underlay here, some conceptual art work perhaps: 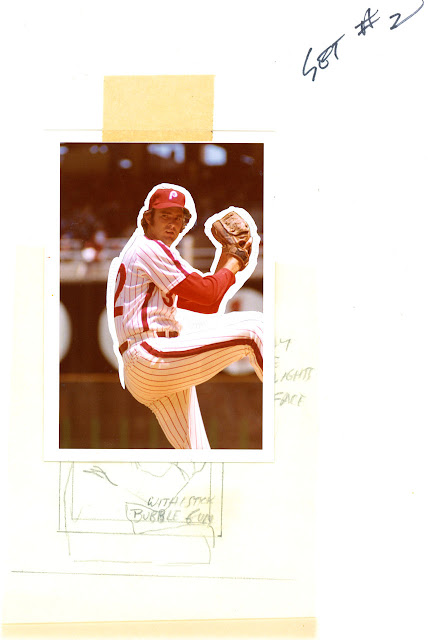 The various type of stippling and pebbling on the finished products were the result of different, textured artists boards or papers being used. The Williams wrapper actually looks like two types were used.  Crazy, man!

I will guess its Mike Hegan.

I had no idea about the 1973 Topps wrappers. Very interesting.

I think its Joe Rudi of the Oakland Athletics.

The trick is to find a corresponding photo to confirm the ID.

The trick is to find a corresponding photo to confirm the ID.