You think you've seen it all when it come to strange Topps offerings, right?  From gubernatorial candidates to baseball commissioners to little kids who won a contest, over the years Topps has put out some strange ones.  While it's nothing now for them to reel off a single subject printing (same day even) or a small set designed for a specific purpose such as the 1964 Rookie Banquet, before the dawn of digital photography and graphics software it used to take a lot of design and production work to do so. Yet they constantly did this right into the modern digital age.

In 1989 Topps made what is known in the financial world as a secondary offering of their stock. What that means is either an existing public company issued more shares of stock to raise additional capital or that current shareholders offered for sale, as a group, some of their existing shares.

The first Topps stock sale was, obviously, when they went public: 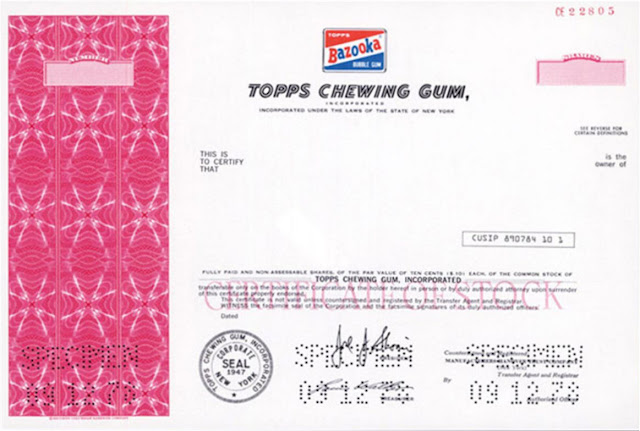 It's involved but Topps Chewing Gum redeemed all of its outstanding preferred stock (3,150 Series A shares and 4,157 B shares) on April 27, 1972, which represented the shares that were privately and primarily held by directors of the Company (mostly the Shorin family). The next day they did a 380-for-1 stock split of their common stock, ownership of which was still held within the company. Five million shares of common stock were priced at 10 cents a share a then retroactively applied back to February 28, 1971.

On March 3, 1973 100,000 shares of common stock were reserved for future stock options to be granted by the company. This was done to align with the Topps fiscal year from what I can make out. Eventually 60,000 shares of common stock were offered in an IPO on June 15, 1972. I would call Topps Chewing Gum a closely held public company as of that date.

You can see that Joel Shorin signed (or had his signature reproduced) as President and Louis Walker did the same as Treasurer, Agent and Registrar. Manufacturers Hanover Trust, the Shorin's longtime bank dating back to the founding of the American Leaf Tobacco Company in 1908, was the transfer agent, meaning they handled all stock transactions. Here's Louis now, standing in front of an ancient data storage system that could probably fit on my cell phone with room to spare: 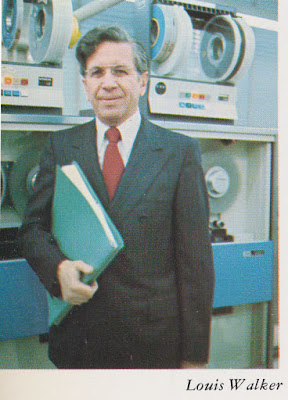 Also of interest is the corporate seal:

Those of you who have been reading this blog or my book know that Topps was founded in 1938, incorporated briefly and then unincorporated around the start of World War 2, likely to avoid public scrutiny of their plans to buy up struggling candy companies due to looming sugar quotas. They then reincorporated following the death of their patriarch Morris Shorin in 1947.

Topps went private again in 1984 in a Leveraged Buy Out and subsequently reincorporated in Delaware. By 1987, wanting to take advantage of the roaring bull market, they went public again, only to watch the stock market come crashing down in October of that year. I lose the thread a bit after that but in 1989, with Upper Deck joining a host of competitors, Topps made a secondary offering of common stock. 2.5 million shares were underwritten by Alex. Brown & Sons and to commemorate this event, Topps created a set of cards featuring the financial gurus who put the deal together. Thanks to the recently concluded REA auction, we can take a look at these cards, featuring the ABS team: 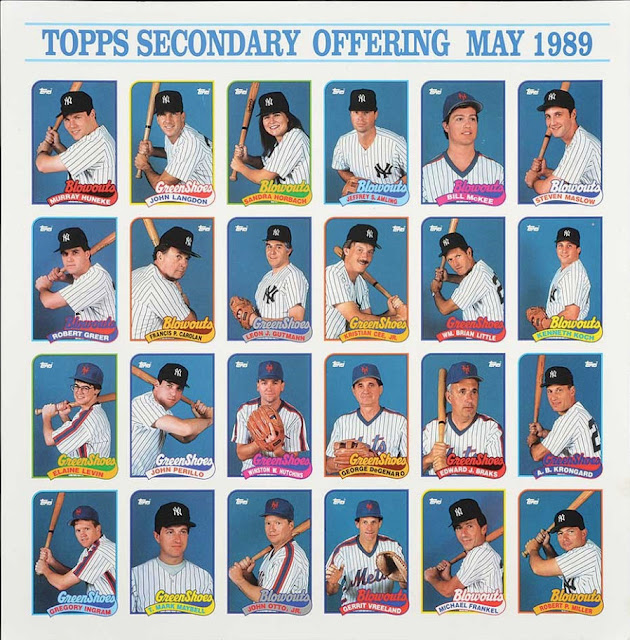 There are some really ill-fitting caps in some shots-yikes! I do like how they kept the 1989 Baseball design intact though. And I doubt you could use full MLB uniforms on such cards today but it was a simpler time back then.

The backs give a little biographical detail for each subject: 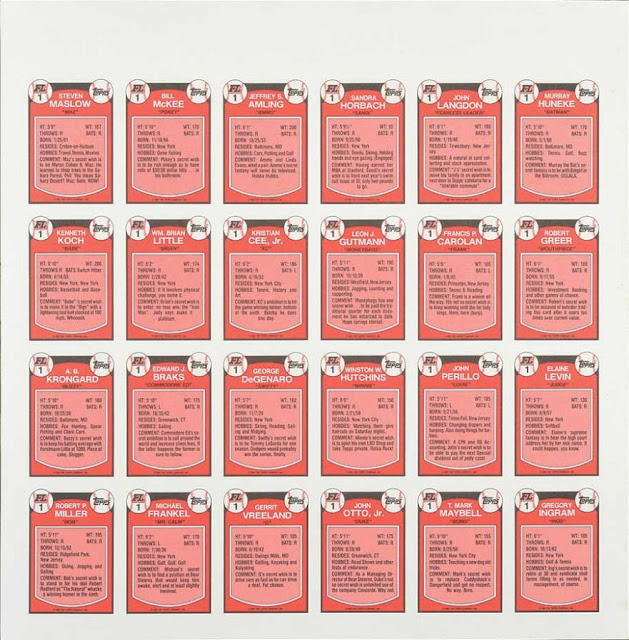 Here's one that caught my eye, sorry it's a little blurry:

I have to say "Mouthpiece" is a pretty awesome nickname!  My enthusiasm though, was dampened considerably upon reading that Mr. Greer's hobbies are "Investment Banking and other games of chance."  Dude.......

I actually own a share of Topps stock, although it's long since been rendered worthless as the issue was redeemed some time ago.  I think these were issued with collectors in mind given the par value but can't quite recall. 1994 seems to be the year of issuance: 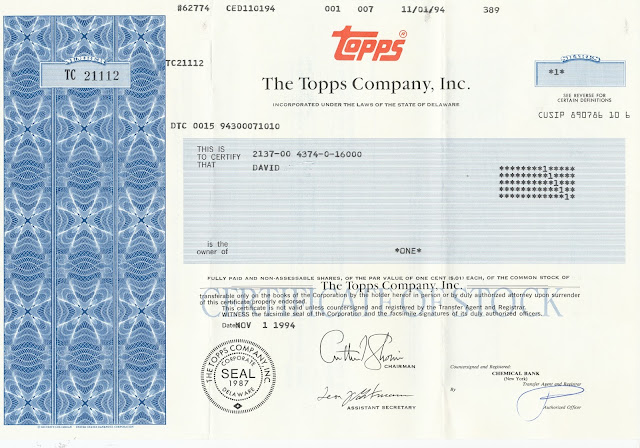 Arthur Shorin was Chairman at the time. Nice to see the Shorin's kept their historical banking institution in the mix (Chemical Bank merged with Manufacturers Hanover in 1991).

A long overdue tip o' the cap to Dale Beaumont for arranging that I get that share!
Posted by toppcat at 8:00 AM