A Tale Of Two Banquets

Over the course of this decade, as my collecting interests have moved more and more toward Topps Chewing Gum, the company (as compared to the cards they sold) I've accumulated a few old PR photos of various events, many of which have appeared on this blog over the years.  Two of my favorites are from the Topps All Star Rookie banquets, which were held from 1959-66 (and thereafter renamed the Baseball Achievement Awards, which continue on to this day).

The first picture has a mysterious element to it as I cannot identify two of the dais-sitters nor the year of the event: 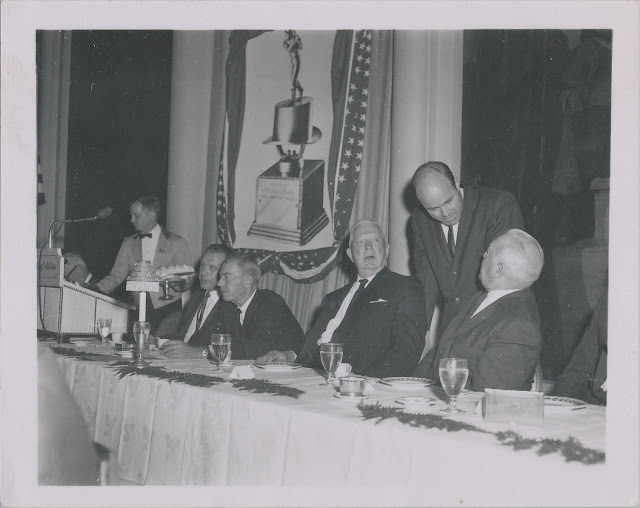 Tilting rightward from the lectern, we have a waiter laying out rolls (the butter is already on the table), Sy Berger of course, then a gentleman who looks familiar to me but I can't identify, Shag Shaughnessy, Joe Garagiola (the ever-present MC for these events), and finally another unidentified man.  The banner behind the dais portrays a generic All Star Rookie Trophy and reads:

As we can see here, the players name, team, position and year would be engraved as well, thanks to an offering from Lelands awhile back: 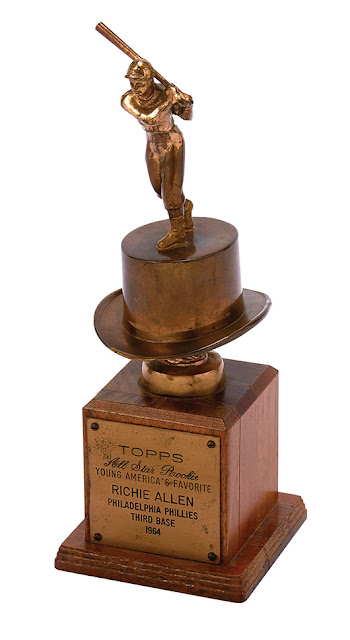 I'm not certain there was always such a large wood component in all years and have to confess I never realized the ballplayer icon stands atop well, a top hat!

Friend o'the Archive Keith Olbermann thinks the dating would be no later than 1962 based upon how Joe Garagiola looks. I can state it's not from 1966 as the setting was different for that luncheon, namely the Hotel Americana in NYC: 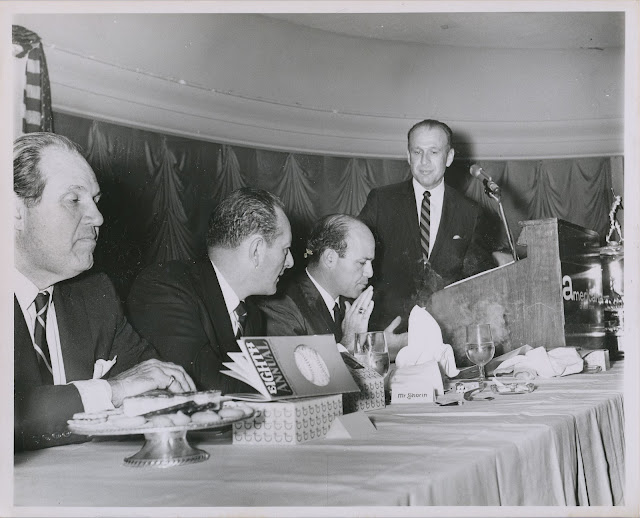 That dais has no mysterious element at all, except maybe what kind of cheese was being served. Even if it wasn't obvious to me who was who, the back is helpfully captioned: 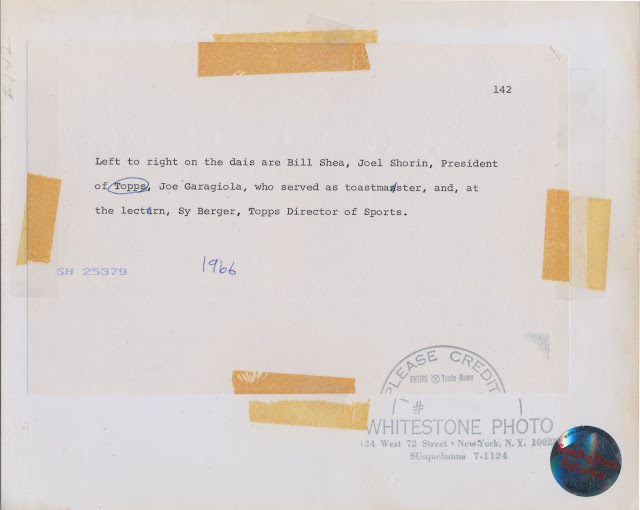 It's also not the 1960 Banquet.  As Mr. Olbermann helpfully pointed out, the 1961 program has some photos of the 1960 event, which was held at the Hotel Manhattan. Here Joel Shorin is presenting MC Joe Garagiola with an oversized 1960 Topps card they created especially for the occasion: 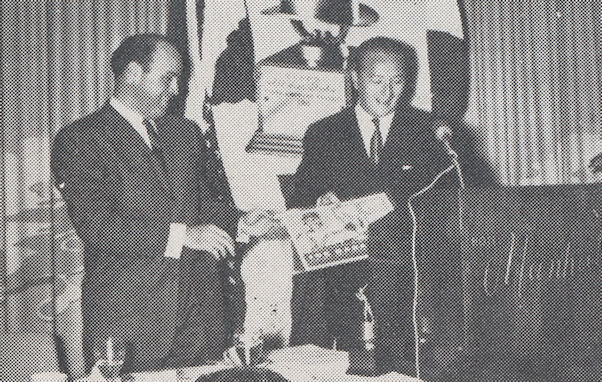 Below,  Shag Shaugnessy is presenting a trophy to pitcher Al Cicotte, who was the Topps Rookie Player of the Year for 1960. Cicotte went on to have a mediocre major league career and his biggest claim to fame turned out to be his lineage: he was the grand nephew of Black Sox pitched Ed Cicotte. Shag was an integral part of the selection committee and retired as President of the International League in 1960.  Did you know he's a member of the Canadian Football Hall of Fame? 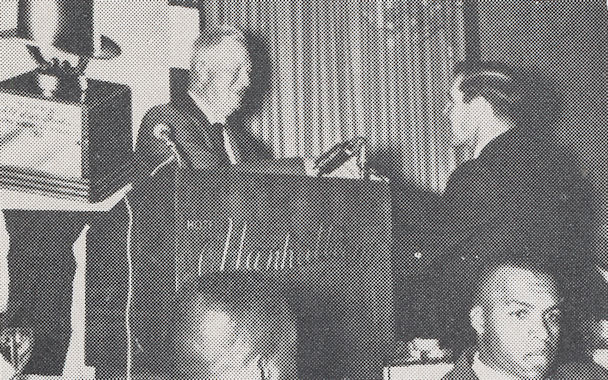 Here's the 1960 All Star Rookie selections: 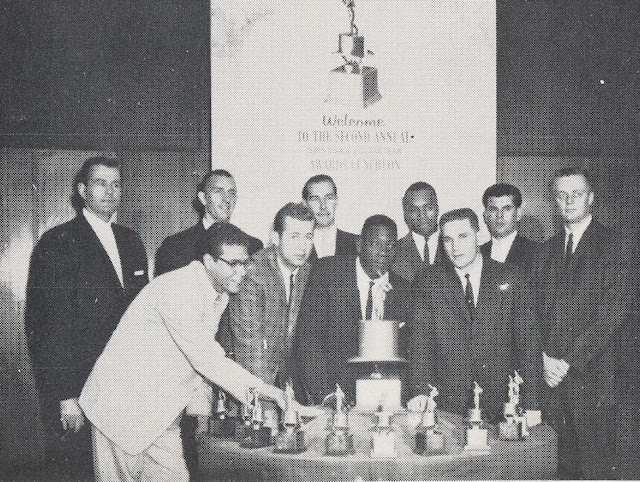 I can also state it's not the 1963 Banquet, which had a different banner (Fifth Annual). It's also not from 1959 despite there being no mention of the annual progression on the banner but maybe they did not show it each year. The 1959 luncheon was held at the Hotel Manhattan.

So we have a checklist of sorts for the annual luncheon honoring the All Star Rookies (and now updated thanks to our comments section):

If anyone has thoughts on the first picture's mystery subjects and can confirm the year of the event, I'm all ears!
Posted by toppcat at 8:00 AM