Christmas Eve once again kids, time for Santa to come down the chimney and have a snack!  I don't always link the blog posts here with holidays but it's just too coincidental this year to avoid.

Topps, in their early days, worked with a couple of greeting card manufacturers from about 1948-50 to attach Topps Gum and some later penny tabs such as Varsity to various greeting cards, including Christmas themed ones, before they fully switched over to Bazooka bubble gum.  Following that they then tried a few lollipop filled Yuletide products from about 1950-51 featuring Santa and Rudolph but those didn't really outlast their standalone Candy Division from what I cna tell, which was shut down circa early 1952 or so.

I've shown black and white pix of Santa and Rudolph before but in the interim have acquired a Santa Pops box and can now show it to you in glorious, living color: 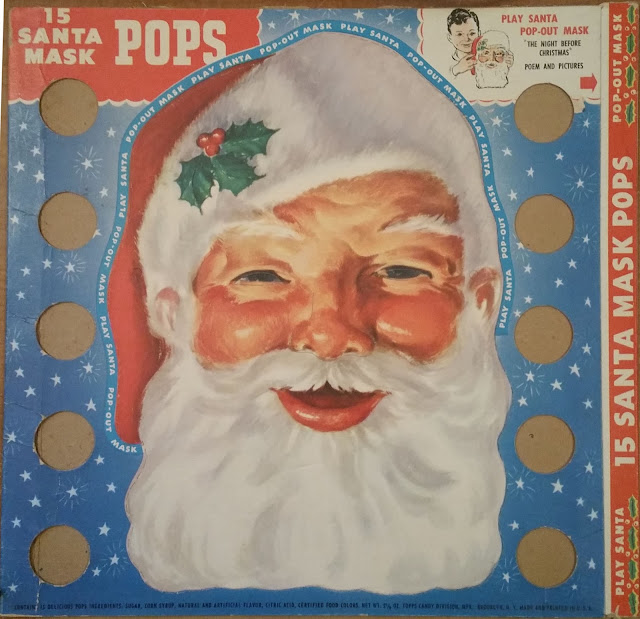 I'm still not sure if the different backs (there are at least two) mean Santa Pops came out in multiple years but my best guess on date is 1951. 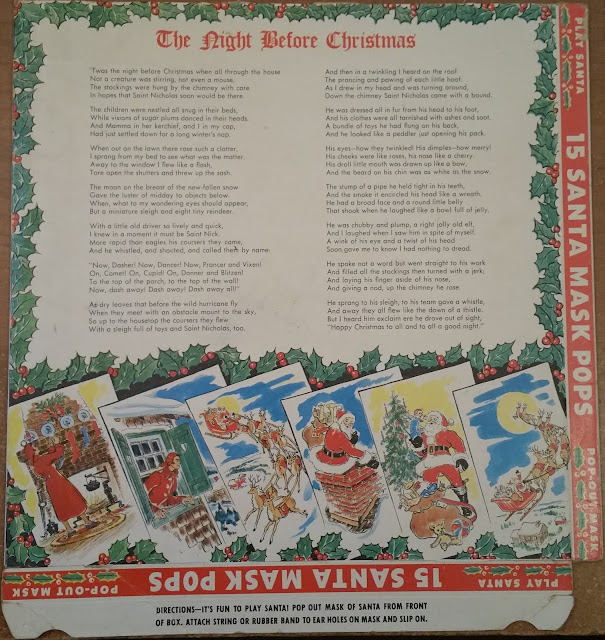 I'll not reprise all the Christmas items I've posted here over the years but will close with an item recently auctioned off by BFF o'the Archive Jeff Shepherd, dating from sometime in the 1970's. Behold!

Love the Bozo product placement! That Augie Napoli (1935-1994) credit is one of the few I can recall seeing on any Topps product or ephemera, their artists were usually anonymous. I believe he did the packaging artwork for the Star Wars sets in the 70's. I don't think he did the Santa on the reverse though: 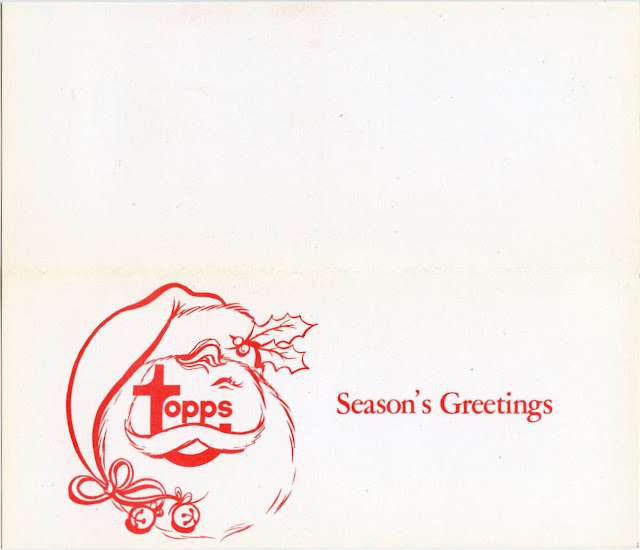 And with that I will bid you all a Merry Christmas and Good Night!  See you New Year's Eve.....