A Penny Here, A Nickel There

As we come up on the Fourth of July, which is perhaps my favorite holiday, I though I'd kick back today, practice my 12 oz. curls and just show a little eye candy representing items that are infrequently seen.

This is a box of some scarcity and it held 100 (maybe 120) tabs of Pixie Bubble Gum, each with an X-Ray Roundup card inserted between its wrapper layers. I can't swear I've seen another example of this box; this made an appearance on eBay a couple of months ago. 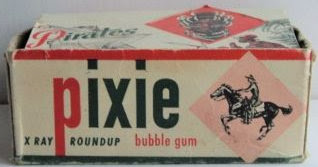 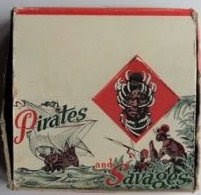 They never missed a chance to get an advert in for Bazooka but as you can see here, were still making their original, Topps Gum in '49, although it would soon transition to a Chiclets style chew before going away completely in the early 50's. I think this box pre-dates the once-cent Bazooka tabs that were introduced in mid-1949:

Topps stopped including cards with their one cent gum tabs late in 1949 and I'm fairly certain they curtailed the postage stamp sized License Plates set accordingly and then reissued it in a larger size for 1950.  Flags of All Nations-Soldiers of The World also got this treatment as Topps transitioned so a larger card format. This format, measuring 1 3/4" x 2 7/8" was only used for these two sets. The 1949 Stop 'N Go wrapper (Topps named the cards and the gum separately back then) is tough, as is the 1950 version. 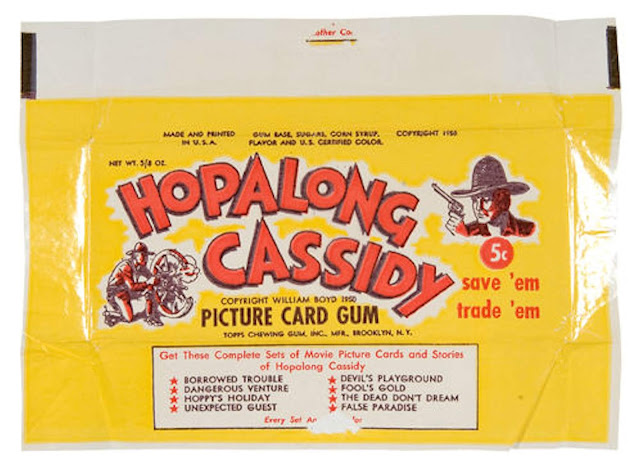 For some reason Topps used a date on their nickel packs but usually not their penny packs. That's a nice wrapper pardner!

This five-center is a lot more crinkly: 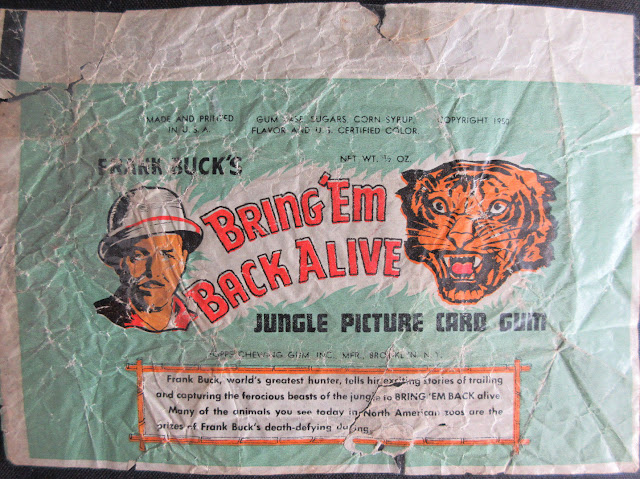 Any of those elongated five cent packs would have held panelized cards, a practice Topps ended by 1952. The practice of separately naming the gum and card set had disappeared by then as well.