As has been seen here previously, the set, while commonly described as being from 1967, was issued only as a test in 1968, as confirmed by the Oakland A's designation for the Jim Hunter card. Today though, our quarry is Yaz.  Here is his standard die-cut Giant Stand-Up: 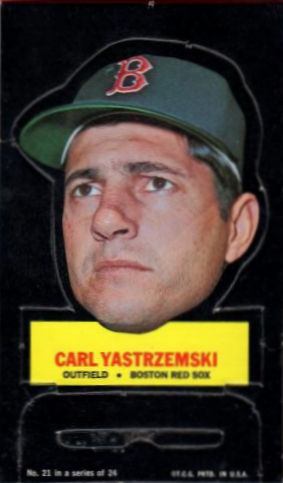 These pop up very, very infrequently and any examples can properly be considered rare.  What's interesting though, is that an example of the Yaz (and presumably at least another batch of players) can be found missing a color pass: 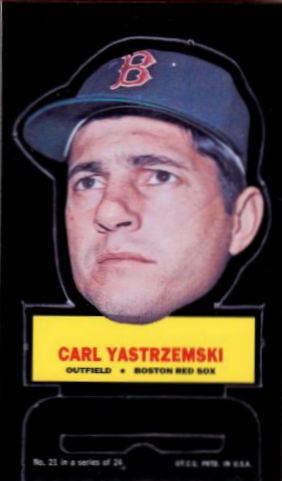 Need more?  Proofs without the die-cuts exists as well, as this Heritage Auctions example from 2004 shows: 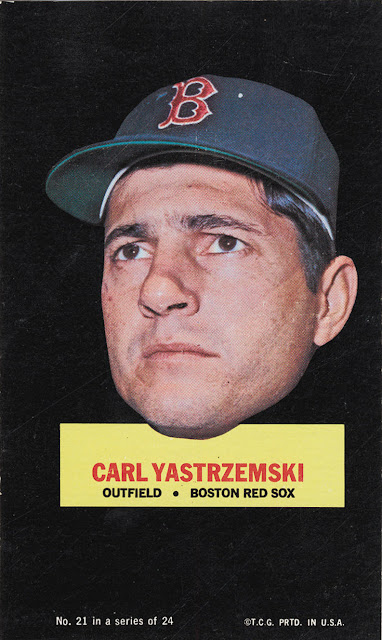 It was described as one of three Yaz proofs known at the time.  I am not sure if that figure has increased since then but I doubt it. These are thinner than the quarter-inch thick test issue. The other dimensions are 3 1/8" x 5 1/4" by the way.

Going back to Al Richter's scan-ucopia, here is the box that was planned for the set.  I cannot tell if this was assembled from a flat or was the actual box. 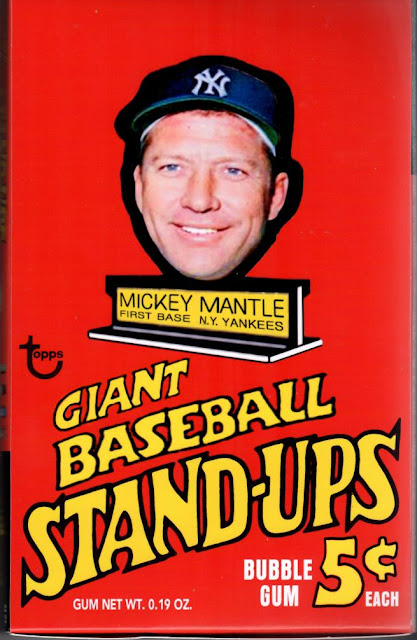 Topps Vault had sold a flattened box at one point but it was in worse shape than this one:

The packs are Mick-free and strangely feature what I think is a caricature of Johnny Pesky, a Red Sox legend and coach with the Pirates at the time.  Eh, maybe it's Jim Lonborg: 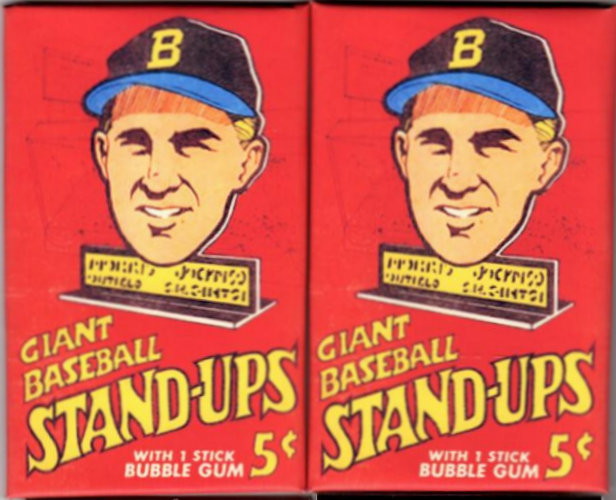 The pack was sealed with an instructional sticker: 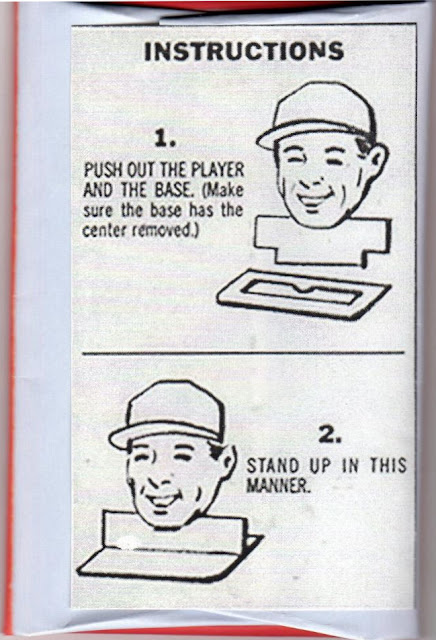 I'm not sure why Topps thought this set was a good idea but they did follow up with an insert in 1968 Football that was somewhat similar.

Be careful out there kids, this set and its packaging has been reproduced!
Posted by toppcat at 8:00 AM