I picked up another cool item a short while ago, the latest in a string of offbeat Topps miscellania that has come my way of late.

The 1970 Baseball Stars Candy set is a farily tough customer these days.  24 candy lid cards, generally described as a test issue, made a brief appearance on the scene that year. It was the first of a small number of similar sets sold by Topps between 1970-74 that featured candy, something that harkened back to their old Topps Candy Division twenty years prior.

The lids are well known. I nicked this from 707Sportscards and cleaned it up a bit but it shows the way the candy touched the lid and how the tab would be bent lifting it off the container: 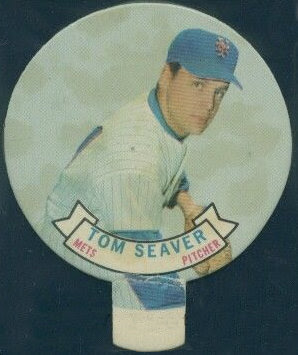 Here's a proof of the late, great Le Grand Orange that's cleaner and shows the "tri-star" back used in 1970.  The 1973 version of the set only had two stars: 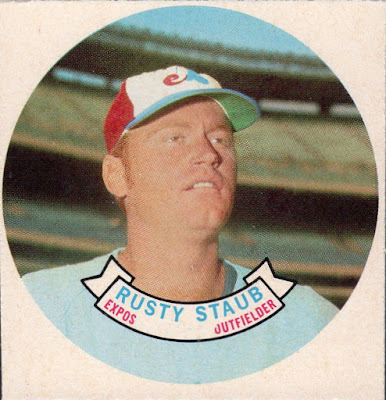 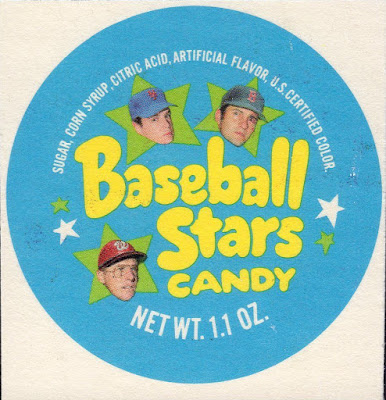 What I managed to score was the tub that held the candy and sat under the lid: 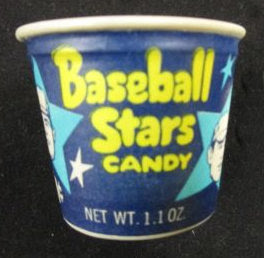 The graphics showed three ghostly blobs.  This one may may be based upon Gary Nolan: 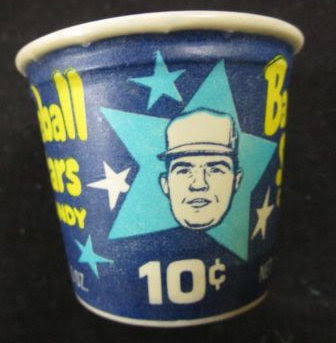 The other two, not sure but on the left is a possible Johnny Bench and on the right Tommy Helms.  I wonder if the artist hailed from Cincinnati? 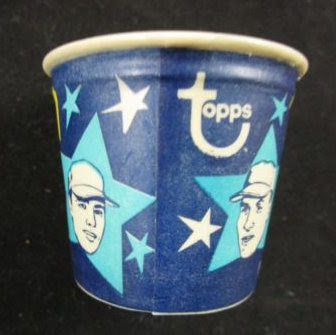 As with the almost contemporary Gum Berries tubs, it's a No. 23 Dixie Cup! 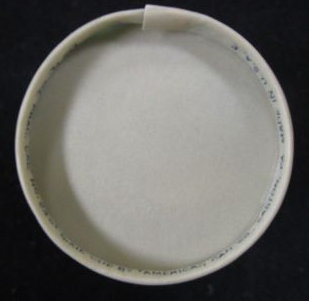 Unlike the Gum Berries tub, this one sports no commodity code.

The tub appears to be unused.  Another has popped up since I procured mine and a small hoard may have been unearthed.  I know a fairly large hoard of the 1973 tubs was recently auctioned by Lelands: 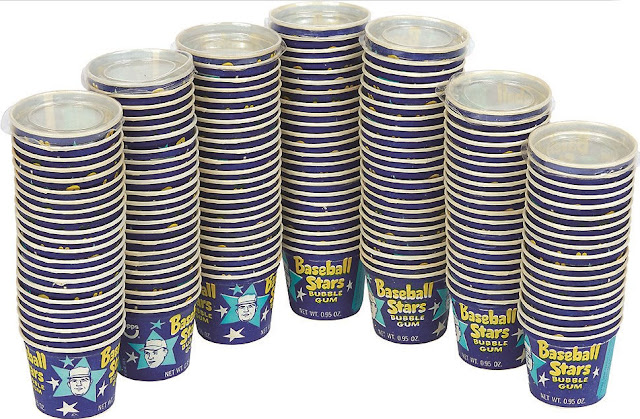 That's 164 of 'em if you're scoring at home.  Those clear plastic dust caps may or may not be original to these tubs. Note the candy weight has reduced from 1.1 oz. to .95 oz.  Also, the 1973's contained Bubble Gum and not Candy.  I suspect the candy was a dud and the product was rejiggered accordingly. There's certainly a ton more of the lids form 1973 available to collectors than from three years prior, although the 1970 version we see lids from probably were more widely distributed than a standard test issue as they can be found with some diligence. The 1970's may have been just issued regionally with a wider rollout planned before Topps pulled the plug.