Look Back In Anger

Not too long ago, some Topps test packs that had been auctioned by Mile High and dubbed the "Tennessee Beer Box Find" entered the hobby and yielded a lot of good information about how Topps distributed such things 50 plus years ago. I covered that find in a post last year and hit up a few people that know about the really esoteric Topps stuff as I was trying to determine what was actually in the packs dubbed Angry Signs.

Why?  So I could update my list of Topps issues and see if I needed to worry about obtaining an almost impossible type card for my run. Said run covers anything Topps issued in a retail pack, except for standalone candy and gum issues, from 1938-80 and contains numerous difficult items but Angry Signs threatened to bring that to a new level! With some major assistance from Friend o'the Archive Lonnie Cummins,

Clearly a precursor to 1967's Angry Stickers, the three test packs of the former that popped up were in rough shape but that was actually helpful to me. Here is a test pack, or likely two as I've mixed up which front and back view pairs up at this point, but which has aged to the point you could see some of the contents: 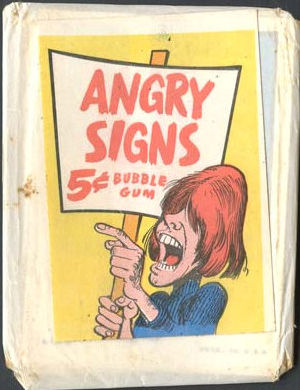 Awesome Wally Wood artwork!  The back of the pack shows that unlike the retail release of Angry Stickers, which were two to a sticker, Angry Signs were a solo affair: 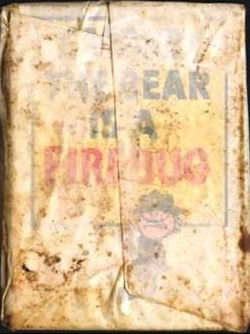 That subject appears on an Angry Sign from the regular set: 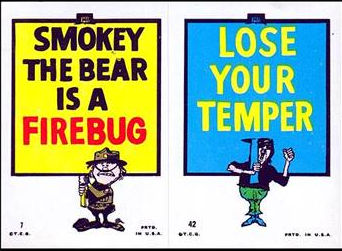 However, the back of at least one pack showed something different: 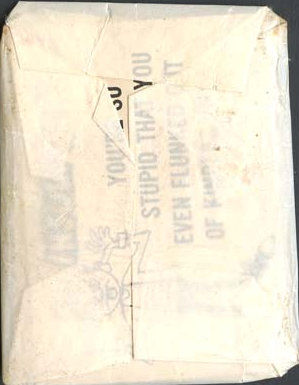 Dubbed Insult Jokes, the example above appears to be nothing less than a take on the Dozens. The problem I was having upon seeing this, was that this was an insert and possibly a sticker.

Thankfully Lonnie was able to come up with a real good answer, namely that it's just the reverse of the Angry Sign. So why does he think this?  Well partially because of this card: 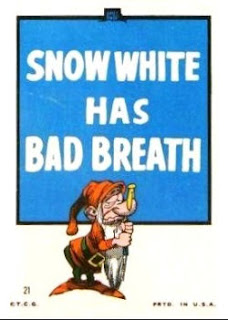 And yes, it's a card and not a sticker.  Lonnie figured this out because of this: 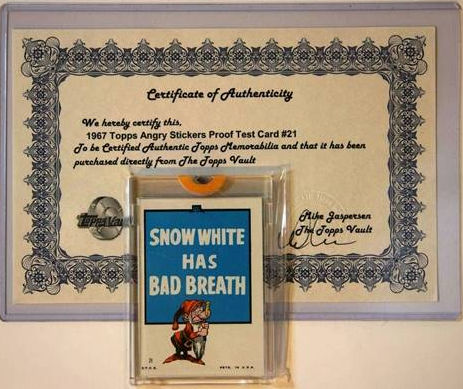 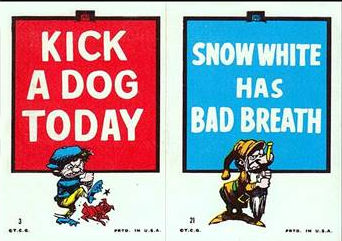 Here's the sticker match for Smokey The Bar as well:

I'd be curious if the paired stickers with one test subject also contain another test subject, which would get us somewhere toward a partial checklist of the former.

Now, there is one other little housekeeping item here, namely this lot from (maybe) REA which had a very interesting box: 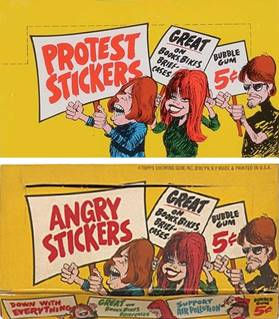 More on this development another time!