A little while back on the Net54 Baseball Forum, there was a neat little thread in the postwar section started by Larry Tipton, who so far as I know, is the only person to ever have a card grade named after him ("Tipton" or "Tipton Mint" signifies a real beater).  Larry posted an alternate back to a 1961 Magic Ruboff, which I have to confess I had never seen before. What's even cooler though is that it turns out this alternate back reveals the Ruboffs were issued in two series, or perhaps more correctly, two sets.

You know these, the paper inserts (the first ever in Topps Baseball actually) show humorous caricatures of ballplayers with colorful nicknames and fanciful team emblems: 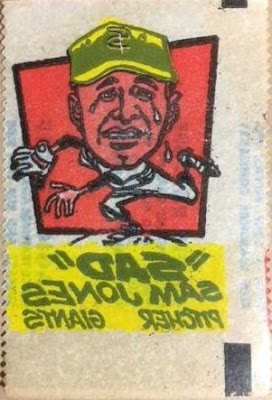 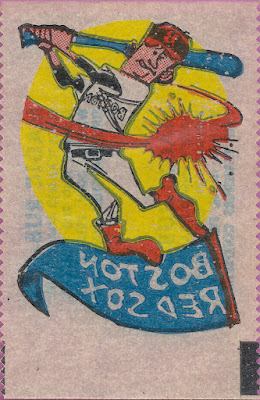 The typical reverse is textual: 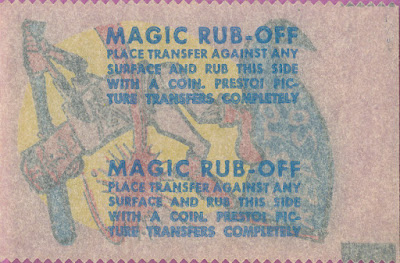 Alternatively though, there was a back that looked like this: 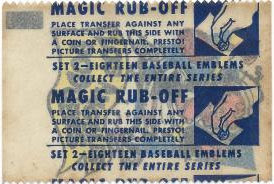 Those are all Larry's. This graphical variation is a lot harder than the text based reverse but finding out that the emblems came in one "set" or another is an intriguing bonus.  Were both 18 emblem sets issued together? I tend to doubt it after seeing this. Here's the same graphic but it's the other set: 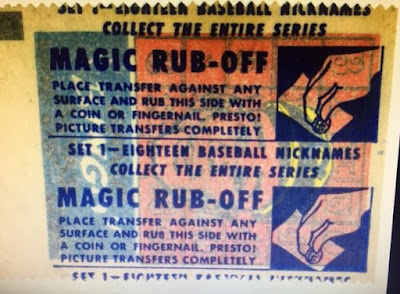 Now compare to the 1965 Football Ruboffs where the pinking shears must have been lost by Topps! 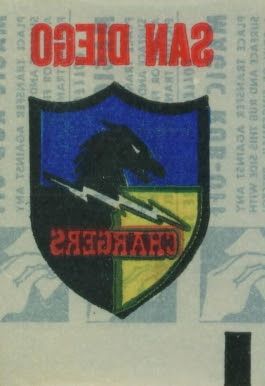 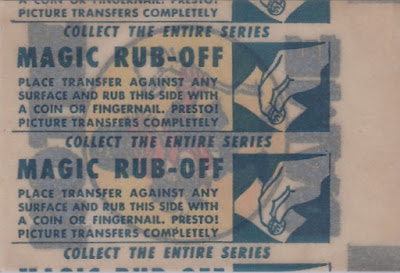 Four years after the fact, Topps resurrected the instructional artwork-only in Brooklyn!
Posted by toppcat at 8:00 AM