Did you ever get that mixed up feeling?  You know, when you can't quite put two and two together, or things just seem a little bit off?  Well you're not alone as it would sometimes happen at Topps. 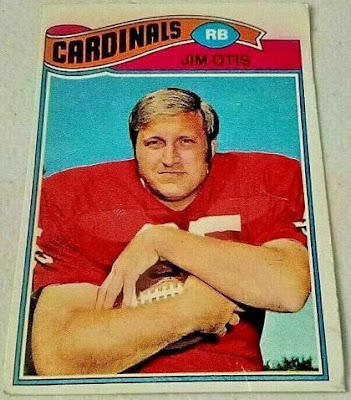 No stats on this back: 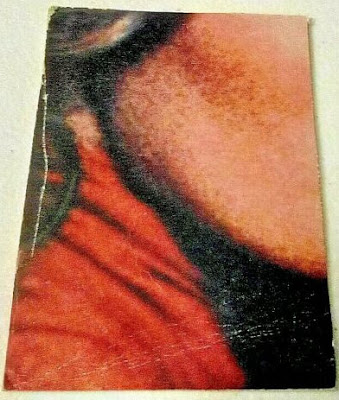 I believe that is a little bit of Kelly on the left side of this series 2 puzzle, three pieces up and two left from the bottom left corner: 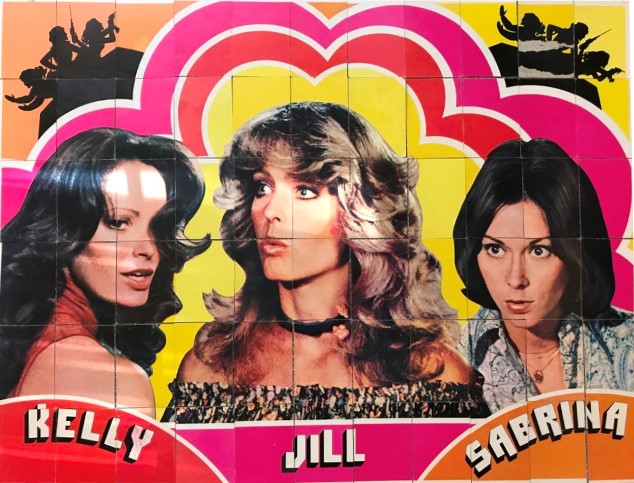 Compare that with this 1979 Topps Baseball card of Al Oliver, where the back is whack: 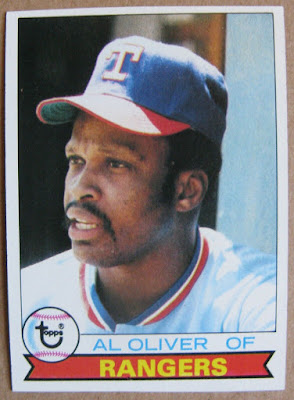 Unlike Kelly, this back is a "wrong way", usually seen when the sheet is inserted in the wrong direction when the fronts got printed.  As we have seen previously, the backs were printed first. You will note here the reverse is from the 1978 set, which confirms the "backs first" story I think. 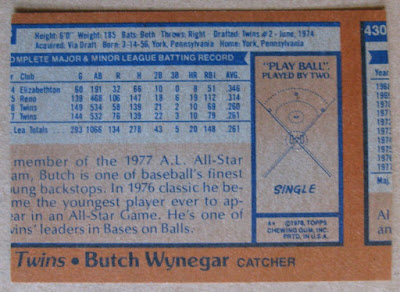 What I believe was happening was a few odd sheets of leftover backs sitting around Zabel Brothers or the like were used to print off the first couple of sheets on a new press run to check that everything was A-OK.  Once the first press run was done, there would have been leftover backs from the current set to use, so no more backs from other sets to start the presses.  I have to believe this is how a lot of upside down or mis-aligned backs were printed.  They would have then entered the hobby as cut up scrap or, sometimes, a handful would make it into the packs. Whether or not the latter was due to some playful shenanigans on the night shift, I cannot say.