We're Having A Party...Everybody's Chewing

Friend o' Archive Lonnie Cummins sent along an interesting Bazooka related series of scans a few weeks ago.  I can't say I've seen these before and we are both trying to determine the source, although I have a thought on that, as you will see. 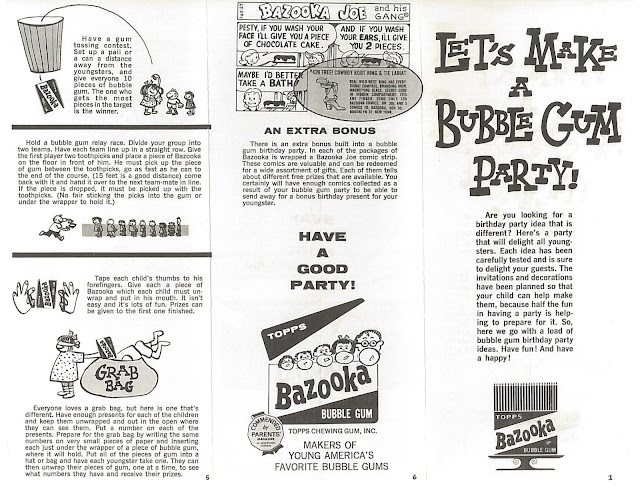 There were many similar guides back then from what I remember of it (I was born in 1961). Moms were always trying out new tips from Parents or Good Housekeeping to keep us wee ones entertained for a couple of hours before we had cake and punch and went bonkers from all the sugar.

Given the Parents magazine seal of approval on the brochure, I have to think there was an ad somewhere in the magazine where the brochure could be ordered.  I suspect it came with a couple of pieces of Bazooka as well but obviously that is conjecture.

The relationship between Topps and Parents went back almost to the beginnings of the Bazooka brand as The Parents Magazine Seal of Approval appeared on very early nickel rolls in the late 40's (Bazooka was introduced in 1947). 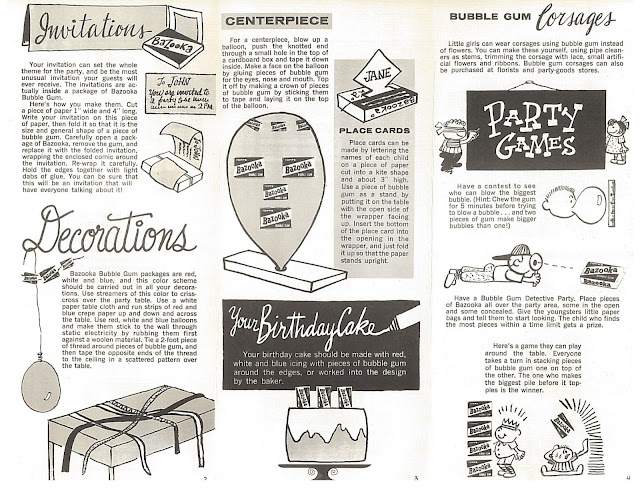 We can easily date the brochure to 1964 as the original mailing envelope survived:

I tried finding some fall issues of Parents from 1964 online but failed miserably. I do hope the Pfannenstiel's kid had a good time at their bash!
Posted by toppcat at 8:00 AM