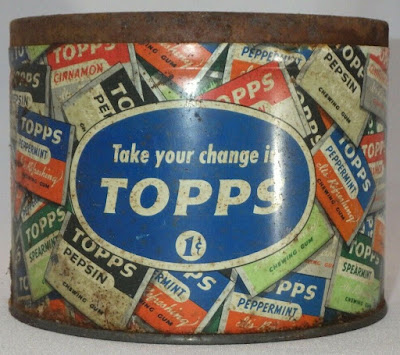 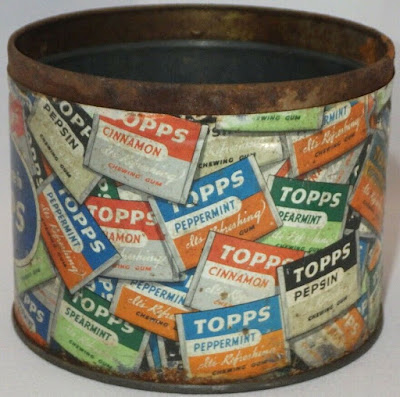 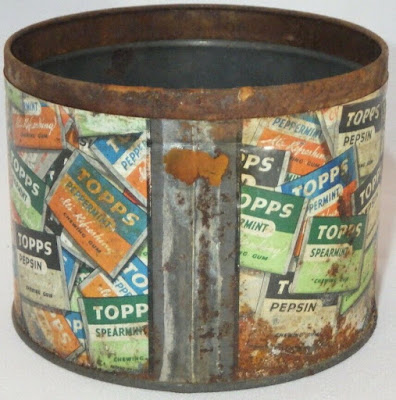 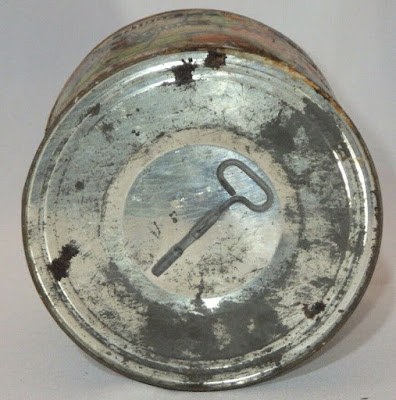 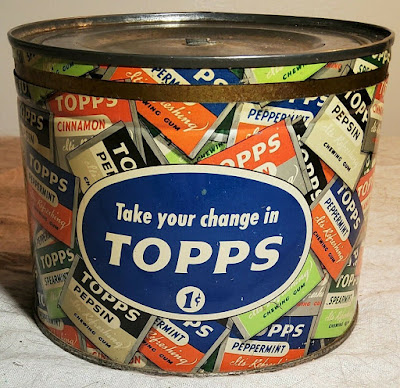 I'm about 99% sure the example with the lid was being offered by a store a little to the Southeast of Cleveland. Both of the known metal canisters seem to be connected to the old Rust Belt/Great Lakes area then, which is interesting given the packaging and Topps' connections to a printer or two in the Great Lakes vicinity. The heaviness of the can though seems at odds with Topps micro-managing the shipped weights of their products in the 40's as they had razor thin margins on their penny confections.
This may all show details of an old Topps jobber's distribution route but it's not really clear and another one of my guesses as to its market tends toward military or similar rough use.  Shipboard in the Navy or on display at a foreign PX somewhere seems to make sense but I just don't know.   All I know is I had never seen one before and now two popped up within ten days of each other!
Posted by toppcat at 8:00 AM

Interesting. I guess the thought was that if you paid for something and were owed 1 or 2 cents in change, you could just take it in bubble gum instead of a penny or two. Cool piece.

These may have been intended for lifeboat supplies, not positive but there's an indication this type of packaging would have been used as such.