Today we explore a set that was as plain vanilla as any ever put out by Topps, 1962's Casey & Kildare. Aimed a young girls, this 110 card issue saw 55 cards of each heartthrob doctor reproduced in (sometimes) glorious black and white.  And it was mostly just those two-Vince Edwards as Ben Casey and Richard Chamberlain as Dr. Kildare-flying solo on most cards.

Ben Casey was a Bing Crosby Productions show while MGM produced Dr. Kildare and they weren't even broadcast on the same network. In fact I can't find a common theme other than the obvious medical settings, so the linkage is curious and I'm a little puzzled how Topps pulled it off. Each show ran from 1961 to 1966 and pulled decent ratings at first before fizzling out.

The Casey cards are a lot cripser in general appearance than the Kildares.  Here's Ben with Dr. David Zorba (Sam Jaffe in real life), the Chief of Neurosurgery at County General. It's a rare pose, showing Vince Edwards with someone else in the frame: 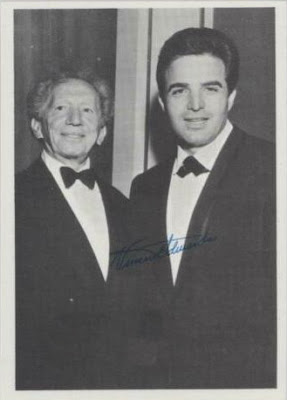 The backs are quite austere: 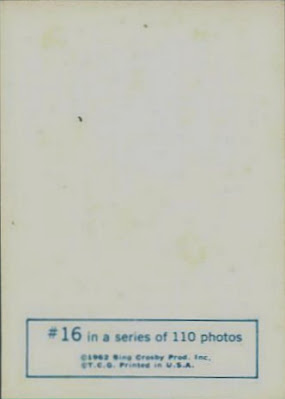 The crisp look of Ben Casey was not replicated by Dr. Kildare.  Cards can have a glossy or dull finish and it seems Kildare's are especially subject to being dull. The Casey's are almost like a photograph in feel while most Kildare's look washed out and yellowed and do not feel nearly as glossy.  I'm not sure if they were printed together on one sheet, or if there were two press runs using different materials but the look and feel is pretty obviously different on a vast majority of the cards: 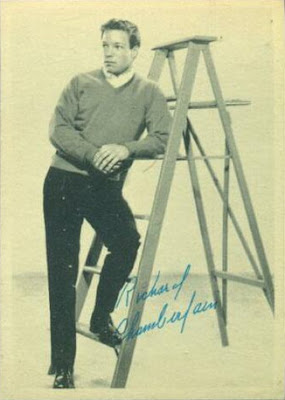 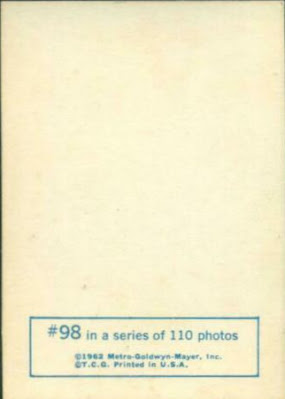 Card nos. 19, 23 and 99 have checklist backs, which if unmarked are essentially the only cards in the set with any real value: 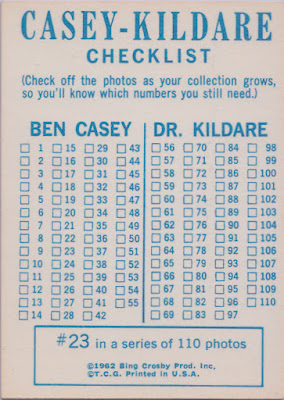 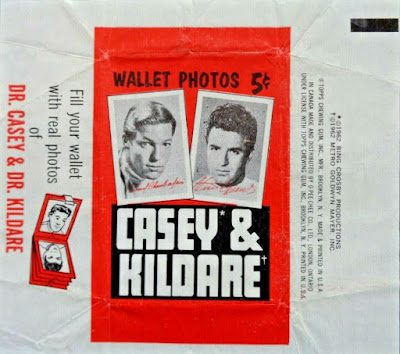 They are almost identical other than the obvious difference with cello vs. wax: 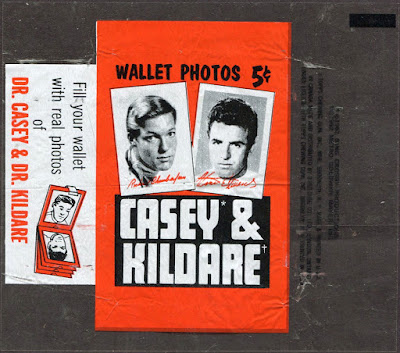 However, there is also a third type of wrapper, without ingredients, meaning they had no gum in them.  These may be test wrappers or something else intended for, say, a chain store buyer that didn't want to deal with confectionery items or had an exclusive elsewhere for candy and gum.  Go here to see this other wax wrapper; there's another small detail as well that's intriguing but I won't spoil it, just click over.
That cello is a miraculous survivor (it's the reason I decided to look at the set); I wonder though,  if the real miracle wasn't how many patients were saved by the good doctors but in how this survived in such nice shape.
Posted by toppcat at 8:00 AM