Friend o'the Archive Marty Krim (one of our finest NS Hobby Dealers to boot) sent along a color version of a Topps Fun Bag that was featured here in black and white some time ago and also was able to confirm the contents.  It's empty but Marty advises it held Outer Limits, Terror Tales (aka Movie Monsters) and Fun Packs with indeterminate contents. At a guess, they could have held 1967 Baseball cards given how those also appeared in a boxed Hallowe'en "set" from Topps that year (see the previous link above) but anything leftover from the prior 18 months or so was possible except maybe 1966 Foorball, which would potentially have stepped on the 1967 issue.

Outer Limits was a 1964 issue (yikes!) and Terror Tales came out in 1966 (some sources say '67 but it has a 1966 commodity code and was a Hallowe'en issue that year).  The card backs carry that title but as noted above, the wrapper does not: 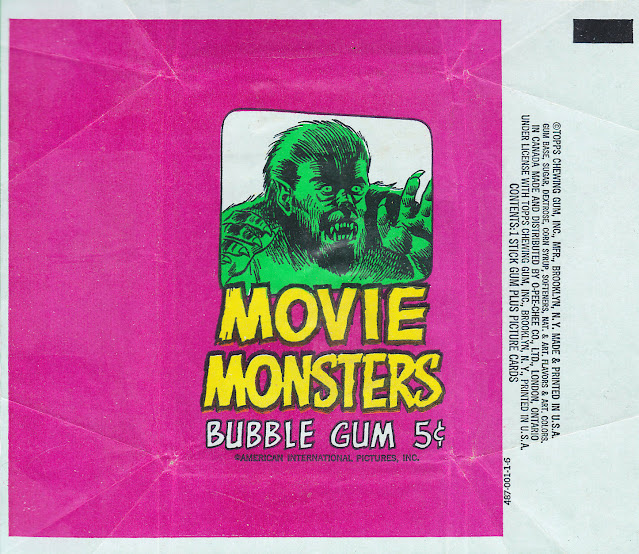 No side panel blurb, that's a whole lotta pink!

The Fun Bag was liberated of its contents by the time it was imaged: 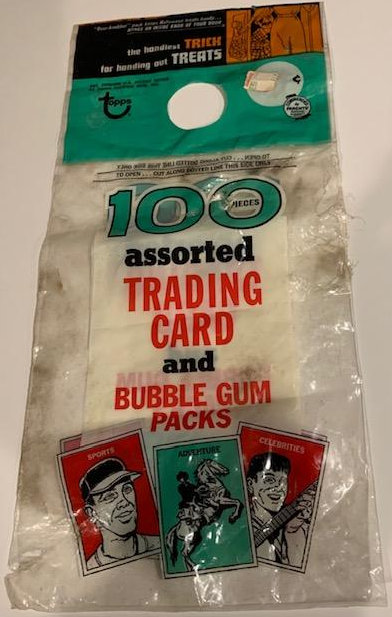 I'm not sure if Jamesway marked them down after Hallowe'en or if this was the price they retailed at afterwards but they were a discount chain so the latter is possible. Either way, Topps wasn't getting a whole lot for a 100 count bag.  It was, however, commended by Parents Magazine; perhaps since Topps was an advertiser? 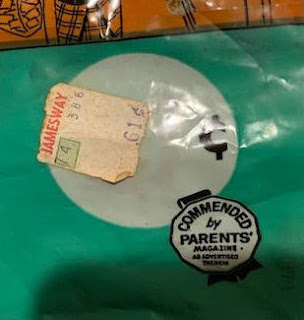 Marty did confirm these were the Fun Packs in the bag; I have seen this style with a 1968 commodity code but can't find any examples with exposed indicia other than sole '68 I've already seen: 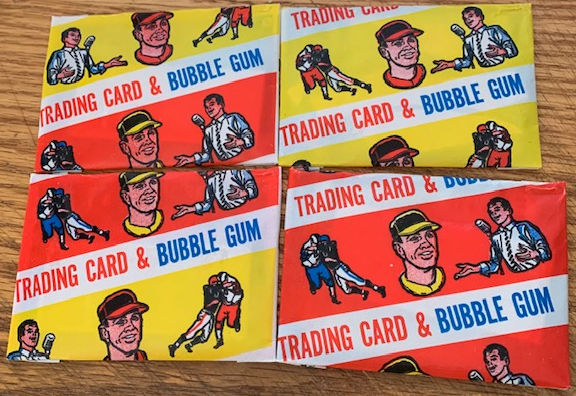 Topps changed this particular Fun Pack wrapper to a similar version in 1969 but with different main images.  On balance, I do suspect our Fun Bag is from 1967, as the gum in those Outer Limits packs would have been quite stale even then, let alone a year later. Altough given the weak performance of the TV show it was pitching, Topps could have had extant wrappers and cards, performed a rewrap and then added fresher gum. But I doubt it.

When you said Fun Bags, I thought you meant... oh never mind.